Eddie Jones has named his squad for the Rugby World Cup

Included in the England line-up is one of the Gallagher Premiership's star players, Exeter Chiefs centre Henry Slade.

Alex Roberts of SportsJOE recently chatted to Slade on all things training, diet and motivation.

Can you give us some specific training drills that only a centre would do?

END_OF_DOCUMENT_TOKEN_TO_BE_REPLACED

"As a centre, a big part of the game is the kick chase and winning the kick battles, so in getting up to the opposition and shutting off their run back.

"I do a lot of shuttle style speed and repeat training – so sprinting 50 metres, then run back for ten metres, then sprint forward 40 metres and run back 10 metres and so on. It's really helpful in winning territory up and down the pitch." 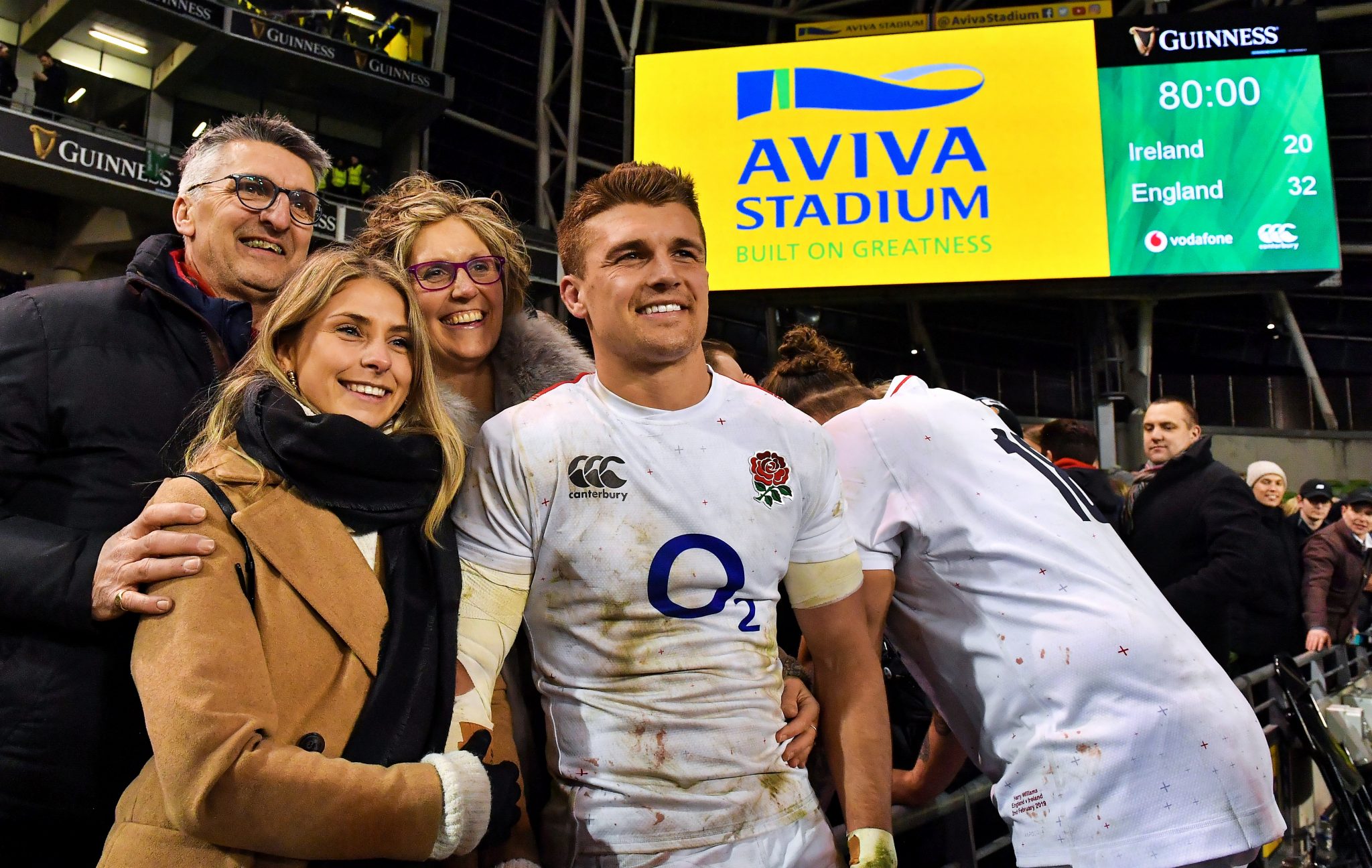 What changes have you had made to your workout regime over the past 12 months?

END_OF_DOCUMENT_TOKEN_TO_BE_REPLACED

"The England camp asked me to improve my speed, so shuttle runs and sprint training have been a big focus.

"But this also includes a lot of strength work in the gym with a focus on power superset. A session could include a main lift of a Bulgarian split squat or a front squat that I'll superset with a box jump or with a banded lateral bound to make it as explosive as possible."

What player did you look up to when you were starting out?

END_OF_DOCUMENT_TOKEN_TO_BE_REPLACED

"I used to play fly half when I first started out, so watched Dan Carter and Jonny Wilkinson a lot. First started playing around the time England won the World Cup, so I was out there practising Jonny's winning drop goal in the garden.

"I also played football growing up, so spent a lot of time watching David Beckham."

What's the best piece of advice you've ever received and who was it from?

"It was actually from my grandad. When I was 15, he came to watch me play two games in a row.

"I used to take the kick offs, and in both games my kicks didn't go ten metres. He's a farmer and has a thick West Country accent, so he came up to me and said 'ere boy, don’t kick short.' Even now, every time I see him before a game, he'll tell me 'don't kick short'."

What do you eat for performance and recovery on game day?

"In the morning before a game, I'll have a breakfast of bacon, eggs, beans and toast.

"Then a few hours ahead of kick off, I'll have something that the team chefs make which will normally be a pasta dish like Spaghetti Bolognese.

"Then after the game, I'll have an Optimum Nutrition Gold Standard Whey protein shake, then the food will be slightly more relaxed so we might have a lasagne or something similar to help recover."


popular
The four stone-cold certainties for All-Stars even as early as this
Kylian Mbappe reportedly wants PSG to sell Neymar
"He's actually smiling putting the ball over the bar. He should nearly be fainting." - Ryall on Limerick's legacy
Richard Keys tears into Gary Neville over 'nonsense' new book
"The economy was one of the big reasons" - Cadogan's move from an electrician to personal training
Gavin Coombes one of four Irish players to push themselves into Test picture
Eamon McGee just couldn't help himself with Armagh-melee tweet
You may also like
2 years ago
"It was a complete and utter shock when Joe's name came up on my phone" - Devin Toner
2 years ago
Sinckler a stand-out, but more consistency needed - Flannery
2 years ago
"We haven't got a long-term or short-term estimate of when Joey is back" - Stephen Larkham
2 years ago
House of Rugby team agree on seven players in World Cup 'Best XV'
2 years ago
Pieter Steph Du Toit locks down World Player of the Year award
2 years ago
Kyle Sinckler knocked out by Maro Itoje elbow after only two minutes
Next Page