As soon as it was announced that Jack Carty underwent wrist surgery, the final outhalf spot in the Ireland summer squad was down to brothers Ross and Harry Byrne.

Despite having 14 Test caps to his name, 24 Leinster appearances this season and the backing of both Leo Cullen and Stuart Lancaster, Ross Byrne missed out and his younger brother got the nod. The 23-year-old was included, along with Johnny Sexton and Joey Carbery, for what will be a testing, five-match tour to New Zealand.

On House of Rugby URC [LISTEN from 26:40 below], Greg O'Shea, Lindsay Peat and Jason Hennessy discussed some of the big calls from that Ireland squad, and a huge opportunity for Harry Byrne to lay down a World Cup marker. 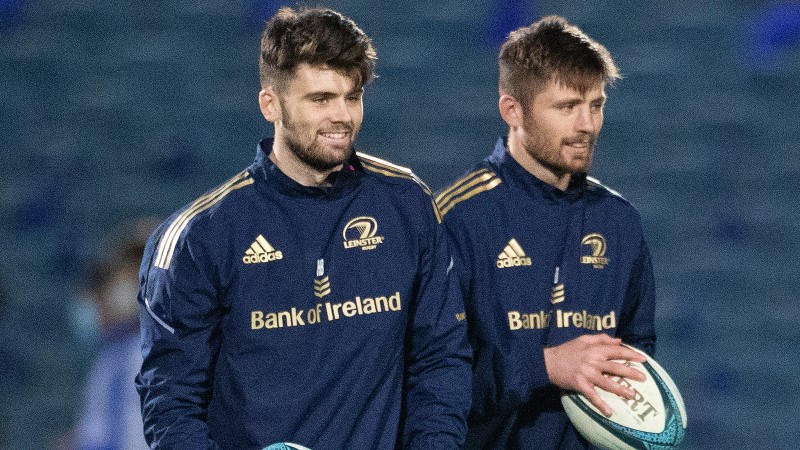 "Ireland really seem like they just want to get Harry Byrne in there, over Ross or anyone else," he added. "I don't know. Personally, I haven't seen enough of him yet.

"They obviously see more of him in training, and stuff, but I haven't seen enough of him in matches to say, 'This guy is going to be the saviour, to step up and replace Johnny Sexton'. Even can't say, yet, if he can be that deputy or over-take Joey Carbery. He'll definitely get a start against the Maori All Blacks."

Lindsay Peat finds it strange that Byrne, after three seasons, has just 39 senior Leinster appearances [21 starts] and has jumped ahead of players like Billy Burns and his older brother, Ross Byrne, in the Ireland pecking order.

"What I've heard about Harry," Peat said, "is that he is that bit more confident in training, and is a lot more like that ruthless 10. A bit more like Johnny, with the directing [of plays and players]... if you look at that Glasgow quarter final, he did come on for Leinster, dictated it well, the show-and-goes, bringing the ball up to the gainline. Very Johnny-esque."

END_OF_DOCUMENT_TOKEN_TO_BE_REPLACED

Greg O'Shea points out that Harry Byrne playing some games at inside centre, this season, has provided him with that versatility card that others, like Burns, his brother, Jack Carty and Ben Healy cannot play. Byrne had three starts in the 12 jersey, this season, and covered it in a couple of replacement appearances. His brother has one previous start at outside centre. That flexibility, across is squad, is something Andy Farrell highlighted when he announced his squad, last week.

Speaking about Harry Byrne, earlier in the season, former Ireland outhalf Johnny Sexton was high on a couple of promising aspects of the 23-year-old's game. 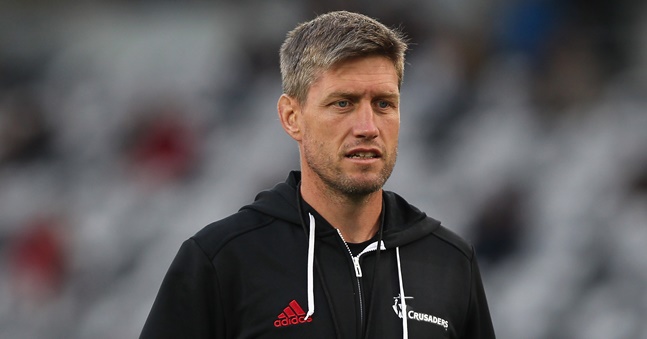 Ronan O'Gara, pictured during a coaching stint in New Zealand, in 2019. (Photo by Rob Jefferies/Getty Images)

During a wide-ranging interview, earlier in the season, Ronan O'Gara stressed the need for Harry Byrne to 'place himself consistently on a rugby pitch'.

O'Gara made the comments when Byrne had only one sub appearance to his 2021/22 tally. Interestingly, the next game Byrne played was his second Ireland cap, off the bench, against Argentina.

"It's very hard for the Irish management to do anything if the player himself can't present fit on the Monday of a Test week. In that regard it's frustration for the player, it's frustration for the coach and for the whole team, because all the feedback on him is that he's an exceptional young player, but as you know at Test level it's very hard to talk about potential because you're not judged on potential, you're judged on the now."

Asked about the qualities of Byrne's game that stood out to O'Gara, the Munster legend said:

"He seems brave. He seems willing to have a go. He seems to trust his instincts and seems capable of getting his backline going. He seems fast and looks a good game manager.

Having recently landed in New Zealand with the full Ireland squad, Harry Byrne and his teammates will be give a day or two of rest and relaxation before hitting the training paddock.

With the First Test against New Zealand coming up four days after the Maori All Blacks opener, it is highly likely that Byrne will get the 10 jersey for what should be a fascinating game.


popular
Roy Keane cracked up Ian Wright and Gary Neville with England team spirit remark
'I was so stressed the week before the All-Ireland and I ended up having a panic-attack' - O'Shea and O'Sullivan open up
Roy Keane shoots down ITV presenter's 'excuse' for England's draw with USA
Wales supporter who travelled to World Cup with his son dies in Qatar
World Cup 2022 Day Seven: All the major action and talking points
The nine England World Cup footballers who could have played for Ireland
Amancio Ortega interested in buying Man United from Glazers
You may also like
1 day ago
Former England international admits he wishes he had played for Ireland
5 days ago
Two baffling omissions as four Ireland stars make World Rugby 'Dream Team' of the Year
5 days ago
Josh van der Flier claims World Rugby Player of the Year at Monaco ceremony
5 days ago
"Highlight of my Ireland career" - Behind the scenes as Jack Crowley and Ross Byrne covered for a legend
6 days ago
Bundee Aki reminded us all of his best qualities, on a night Ireland couldn't do without him
6 days ago
Peter O'Mahony delivered some fitting Jack Crowley comments after surprise Test start
Next Page