There will be no need for a walk to the stadium on match-day, so more time for that lie-in.

We are down to the final four of the 2018/19 Guinness PRO14, and three of them are Irish provinces.

Munster and Leinster will face off at The RDS on Saturday, May 18, with Ulster and Glasgow doing battle at Scotstoun the night before.

For the second year running, Guinness - the league's title sponsor - is setting up a swank hotel at the venue for the big final.

The Guinness Rugby Hotel will be in a transformed hospitality box at Celtic Park - home of the current Scottish Premiership champions. 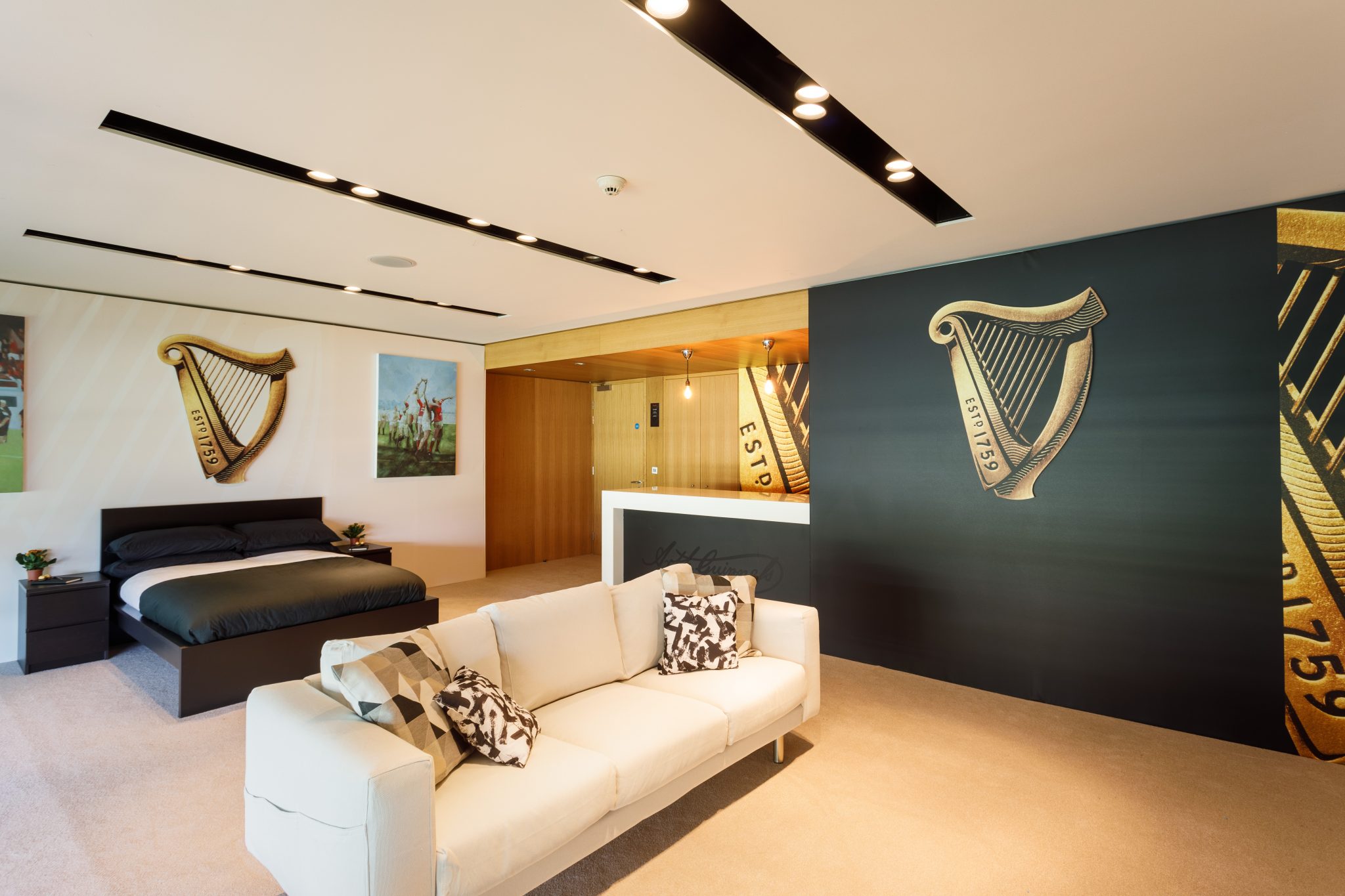 A competition winner (details below) and a friend will be given the opportunity to enjoy an overnight stay at the exclusive 'hotel'. A statement from Guinness reads:

'The team behind the brand is offering fans a money can’t buy experience; the chance to spend an exclusive night at the famous grounds the night before the Guinness PRO14 Final on May 25, which will be the first rugby union game ever to be played at the stadium.

'The winner and their guest will also be welcomed into the hospitality box on the day of the big match to watch the final and enjoy live punditry from a rugby legend, over a pint of the black stuff.'

END_OF_DOCUMENT_TOKEN_TO_BE_REPLACED

The competition is open to the nations competing in the Guinness PRO14 Final, Ireland and Scotland. To enter, participants just need to visit the PRO14 site, answer a simple question and submit their details.

Winners will be chosen at random from entrants that support the two teams that make the final, with the winner announced on May 20. Five runners-up will receive 2019/2020 season tickets. Entrants must be over 18 years of age and this prize is non-transferrable. All Terms and Conditions can be found here.


popular
"If Murray is playing that first half for England, he's probably Man of the Match"
Jacob Stockdale and Johnny Sexton not spared by English press
'Were they up for it more than us? That's my responsibility' - Andy Farrell
Baz & Andrew's House Of Rugby - Twickenham carnage
Triple Crown wrenched away as England scrape Ireland off their boots
ROG hits the nail on the head assessing Ireland's performance
The Ireland XV that should definitely start against Italy
You may also like
2 days ago
"Next thing, all I see is this 'BANG' coming in over me... It was O'Driscoll"
3 days ago
"Emotions will be charged" - Sean O'Brien backing Ireland for Triple Crown
4 days ago
Guinness Pro14 Preview: Ulster v Cheetahs
4 days ago
QUIZ: How well can you remember this season's Premier League results so far?
4 days ago
Guinness Pro14 Preview: Edinburgh v Connacht
5 days ago
Baz & Andrew's House of Rugby - Live in Dublin with Scott Fardy and Fiona Coghlan
Next Page