'Although we’re rivals on the pitch, we are sisters first and foremost.'

Back in 2009, brothers John (for Leinster) and Denis (Munster) Fogarty went into battle against each other in a European Cup semi final at Croke Park.

END_OF_DOCUMENT_TOKEN_TO_BE_REPLACED

Neither of the Tipperary natives gave an inch that day but it was John that emerged the victor as Leinster went on to hoist the cup later that season.

There have been many famous sporting brothers and sisters over the decades but most realised their dreams by playing alongside each other for club or country. There are a smaller, but no less significant, group that have lined out against each others while representing different nations.

'Sisters', the latest Guinness advert following on from 'The Purse', tells the real-life story of two rugby players, and sisters, Harriet (pictured below) and Bridget Millar-Mills. 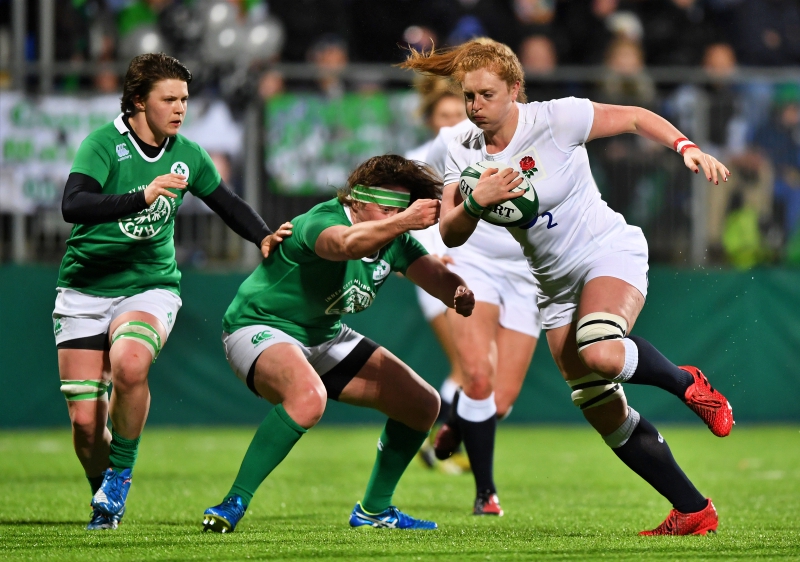 The piece has been released to mark Guinness stepping in as the first official partner of the Women’s Six Nations in 2019.

It tells the story of the sisters growing up and playing rugby together only to end up on opposite sides of the pitch when England (Harriet) and Scotland (Bridget) faced off in the 2013 Six Nations. According to the release:

‘Sisters’ is the latest piece of content from the ‘Made of More’ series, following the launch of ‘The Purse’ earlier in the championship. Previous pieces in the series include ‘Shane Williams’ (2014) and ‘Gareth Thomas’ (2015) have focused on players of character from the men’s national teams, while ‘Sisters’ is the first piece of content from the brand championing players from the women’s game.'

As for the Millar Mills sisters, they said, "When we started playing the sport, we never expected to be lining up for opposing national teams.

"Although we’re rivals on the pitch and there has always been a competitive edge, we are sisters first and foremost and that friendship between us has always motivated us to be the best we can be at the game."

As for the match itself, Harriet's England comprehensively came out on top that day, winning 76-0.


popular
"I never really cried or got emotional over what I've done as an individual. I couldn't give a s***"
Six golfers that could improve Europe's fortunes at 2023 Ryder Cup
"If I break my wrist, it's on f***ing both of you." - Koepka and Berger act the spoiled child
The FootballJOE Pub Quiz: Week 7
"I was off the grid" - Aidan O'Shea respond's to Mayo criticism after club championship win
'I won The Open by six shots in my home country, but this was the best week of my golfing career'
Garry Ringrose raves about four young Leinster stars to watch this season
You may also like
2 months ago
Forget counting your steps, this is the key metric you should be tracking instead
3 months ago
Football fans are going to love these brand new Cadbury chocolate bars
3 months ago
4 simple ways you can vastly improve the quality of your sleep
4 months ago
Calling all sports fans! This week's Powerball Super Jackpot is HUGE, here's how to place your bet
4 months ago
The next generation of fitness trackers is here and it's an absolute game-changer for your health
6 months ago
Everything you need to know about this year's Fairyhouse Easter Festival and Irish Grand National
Next Page