The greatest Irish Lions XV of the professional era

Some big calls in here.

In a months' time, the 2021 British & Irish Lions squad will depart for South Africa for the eight-game tour. Eight Irish players will be pushing hard to make the Lions XV.

There are eight Irish players in the Lions' 37-man squad, and there could be another couple called up as cover as the weeks go on.

END_OF_DOCUMENT_TOKEN_TO_BE_REPLACED

At present, though, with eight of the 'Class of 2021' taken into account, there have been 42 Irish players to make it on tour. Jerry Flannery, Tomás O'Leary and Alan Quinlan were all originally selected in 2009 but missed out through injury and, in Quinlan's case, suspension. 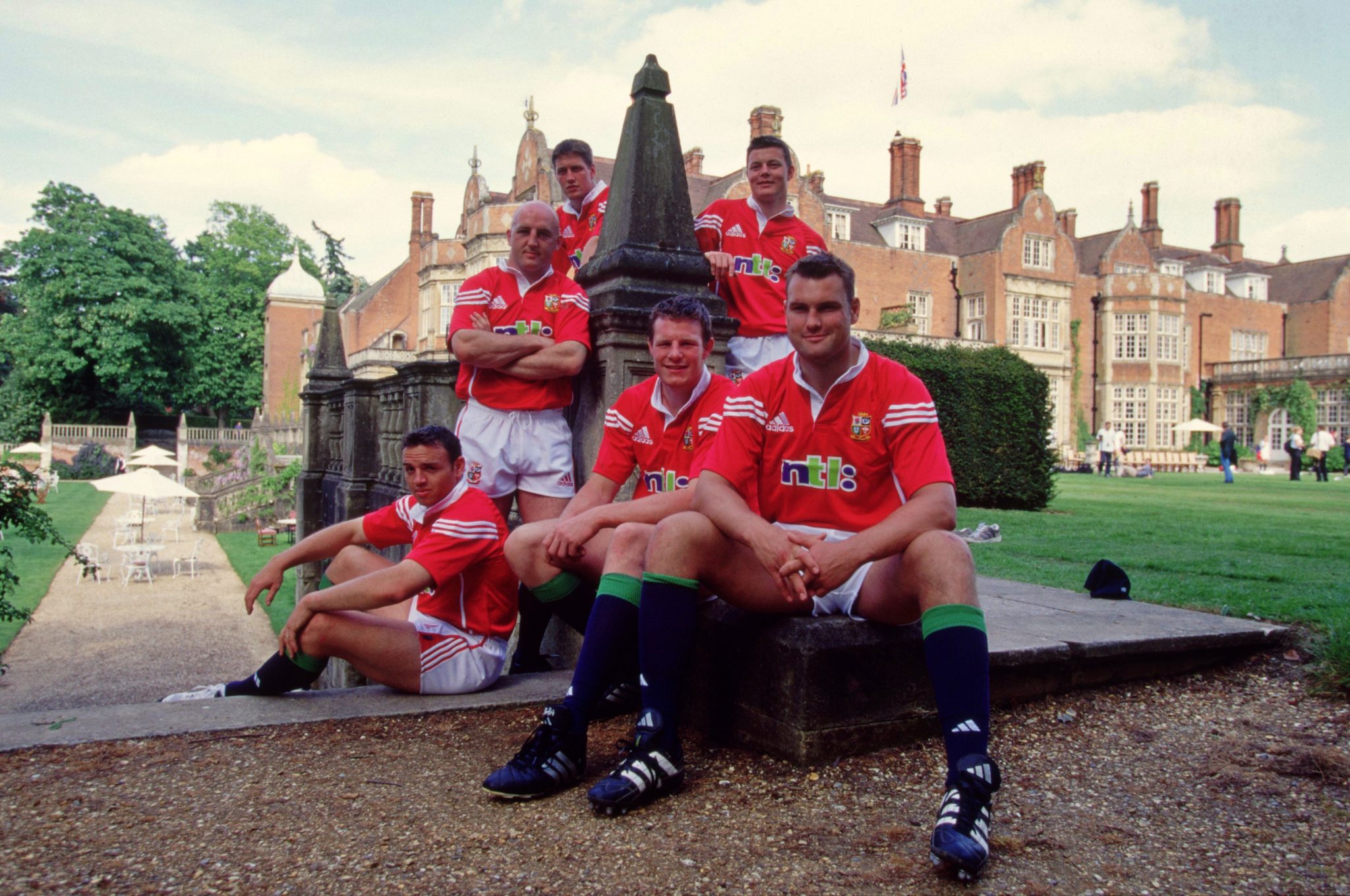 We have taken a look back at that list of players and selected the greatest Irish Lions XV of the professional era [from August 1995 to the present day]. That takes in seven tours, dating back to the victorious 1997 tour to South Africa.

We are basing our selections on the players' impact during the tours. That will rule out four of the 2021 selections, but we will update this XV after this summer's tour to South Africa.

END_OF_DOCUMENT_TOKEN_TO_BE_REPLACED

Had a stunning Test Series against the Springboks in 2009. Started off as back-up to Lee Byrne but replaced him in the first half of the First Test and never looked back. Scored a great try in the Second Test. Toured again in 2013 but hamstring issues thwarted his Test chances.

Started all three Tests on the 2009 tour and had a fine series. Hand injury threatened his Test appearances in 2013 but he made a remarkable comeback to feature in the first two Tests against the Wallabies. 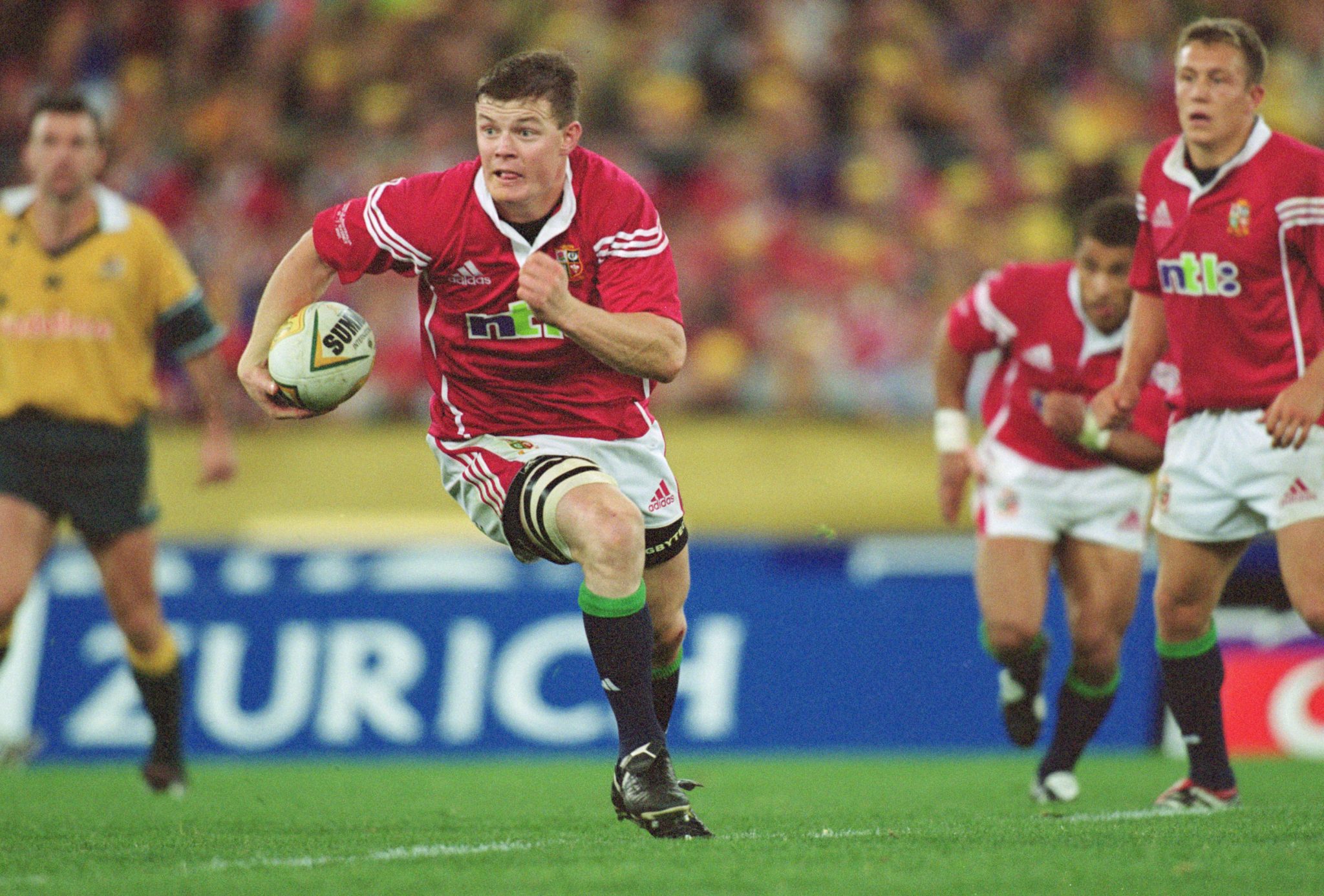 Four tours, from 2001 to 2013, with the highlight being his stunning First Test try against the Wallabies, in 2001, and his 2009 centre partnership with Jamie Roberts.

Three of his 19 Test starts [out of 32 Test appearances] were as a British & Irish Lion. Not bad going. Formed a midfield partnership with O'Driscoll in 2001 and started all the Tests as the Lions lost 2-1 to the Aussies.

Scored against the Sharks in the warm-up games and was pushing hard for the Test Series. Only played one Test - that nail-biting Second Test loss to South Africa - but acquitted himself well, even after copping an early eye-gouge from Schalk Burger.

One of the most influential Irish Lions of the modern era. Started all three Tests of the successful series against the Wallabies, in 2013, and scored a try in the decider. Came back into the starting XV against the All Blacks, in 2017, as the Lions rallied from 1-0 to square then share the series. 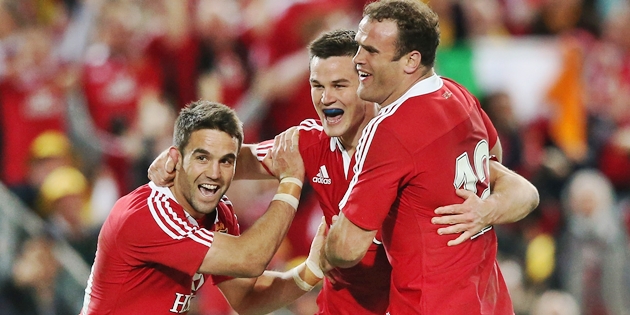 Even though he has no competition for the position - as the only Irish scrumhalf to tour in the pro era - Murray has been an excellent Lion. Battled with Ben Youngs to back up Mike Phillips, in 2013, but was top dog in New Zealand and had the locals raving about him.

Came off the bench for Mako Vunipola in all three Tests of the drawn series against New Zealand, in 2017. Cian Healy was looking set for Test Series action, in 2013, until injury cut his tour short. 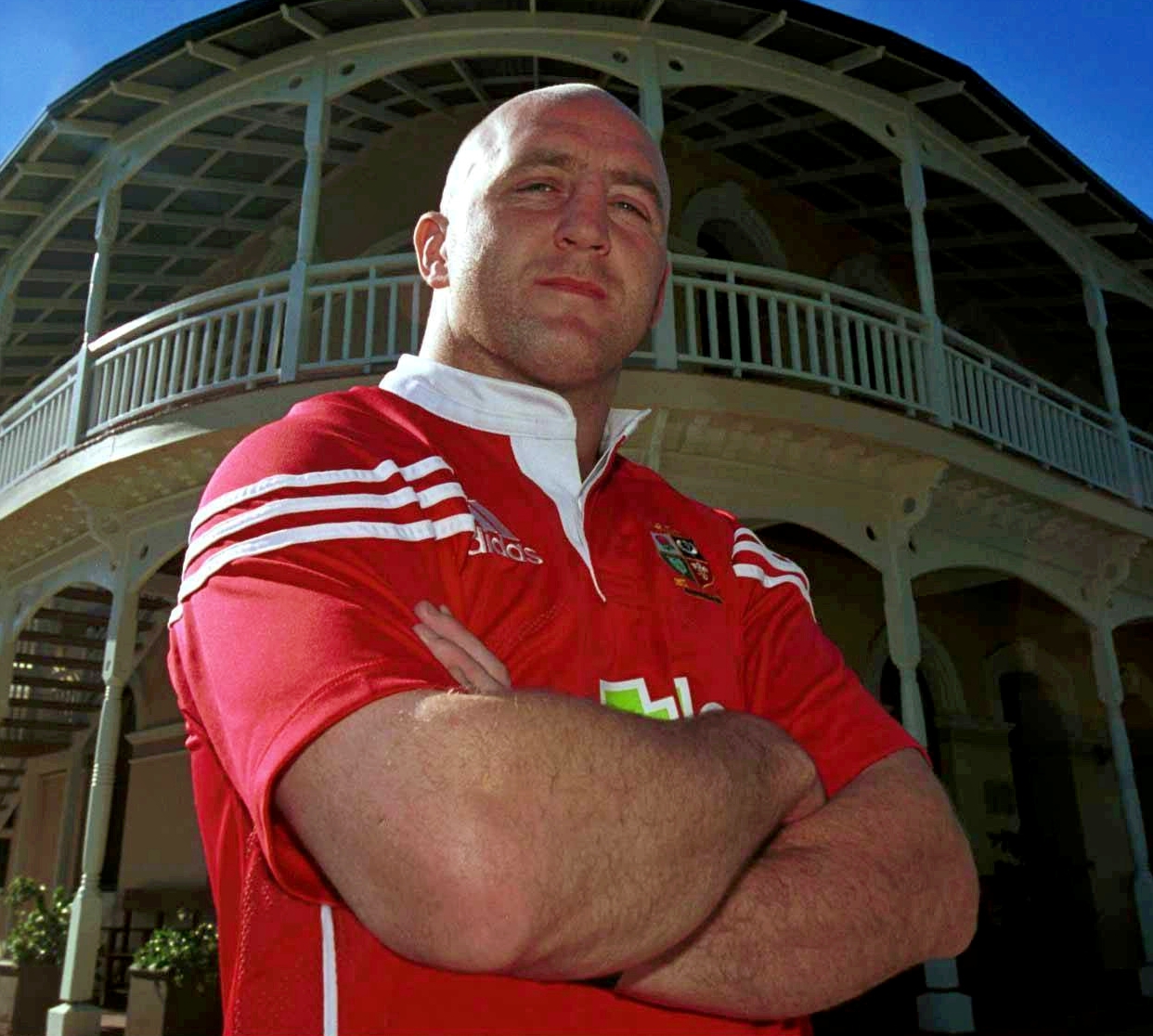 A two-time Lion (1997 and 2001) and a hell of a player. Was immense in the 1997 series win over the Springboks - starting in both Test wins - and played in all three games of a captivating 2001 tilt with the Wallabies.

One of the stand-out performers of the 2017 tour to New Zealand, and likely to be equally pivotal against the South Africans. A modern-day, mobile prop that more than holds up his side of the scrum. This is the tightest call of them all, as Paul Wallace was immense on the 1997 tour. 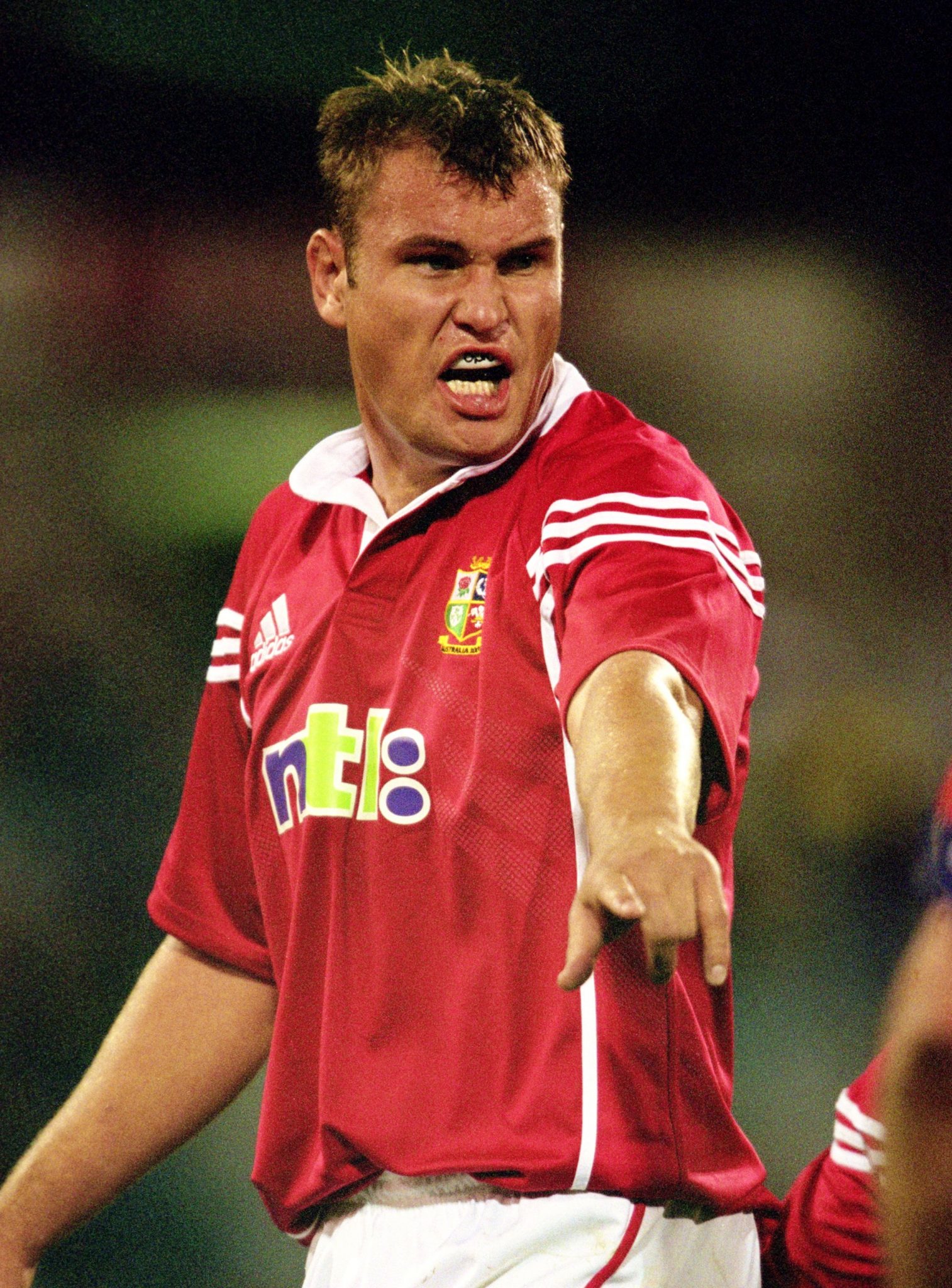 Started all three Tests of the unforgettable 1997 Test Series triumph against the Boks, and was lauded for his work-rate. Toured again in 2001 but did not play in the Tests.

Another three-time Lion and a guy that stood up and was counted against the All Blacks in 2005. Captained the Lions against the Springboks in 2009 - battling Victor Matfield and Bakkies Botha - and played in the 2013 First Test win over Australia. Broke his arm in that game, but played on until the end.

The versatile back row played twice in the 2013 Test Series against the Wallabies and started all three games against the All Blacks in 2017. Scored a try in the First Test and the locals were comparing him to Richie McCaw. The highest Kiwi compliment a forward can get.

Toured in 2001 and featured in all three of the 2009 Tests against South Africa. A class act player that always commanded the respect of his peers.

Started all three Tests against South Africa, in 2009, and had a fine series. Then played two of the 2013 series against the Wallabies. Would have made the 2017 tour, too, had it not been for the March injury that eventually forced him to retire. 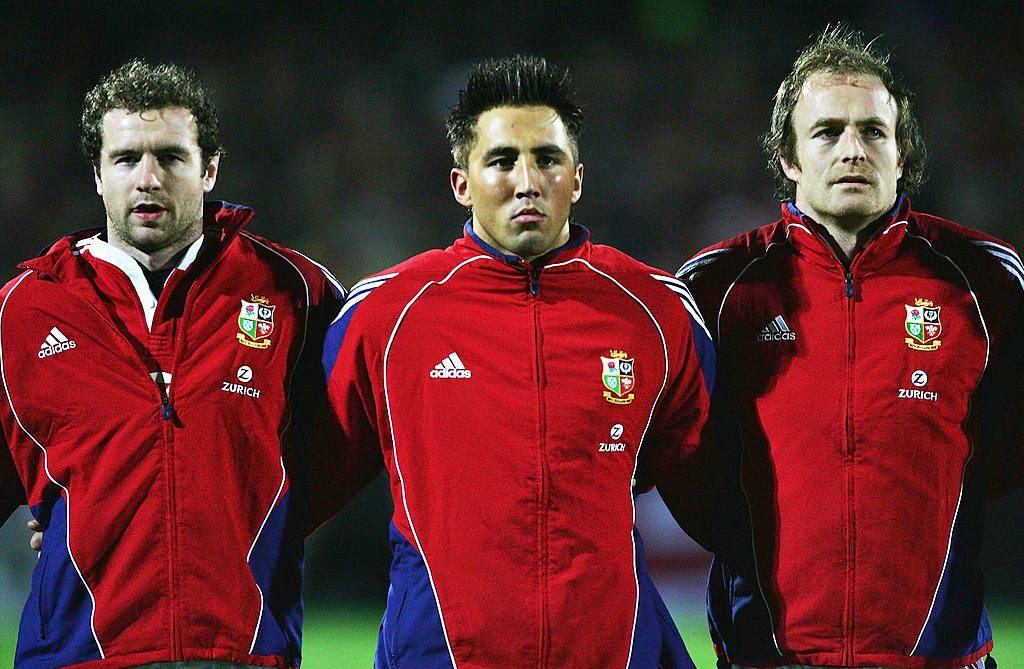 Wales' Gavin Henson lines up for the anthems with Lions teammates Geordan Murphy and Denis Hickie in 2005. (Photo by Shaun Botterill/Getty Images)


popular
Boris Johnson slams Jurgen Klopp for defending Liverpool fans booing national anthem
Gearoid Hegarty's harsh red card leads to a heated debate in The Sunday Game studio
French media rave about Caelan Doris and 'Playstation rugby' from Leinster
Dani Alves names Liverpool midfielder as the "most annoying" player he's come up against
QUIZ: Can you name these 26 Premier League winners?
QUIZ: You have 60 seconds to answer one Premier League goalkeeper question
If you're going into battle alongside Gareth Mckinless, then you will always have a chance
You may also like
5 days ago
"He could be one of the world's best" - Sean O'Brien on rugby's latest speed demon
5 days ago
Picking the best sporting moment of the past decade is not simple
5 days ago
"I've probably watched every single Paul O'Connell speech" - Kyle Sinckler
5 days ago
"I hope we are all clear now" - Chris Ashton on post-match apology to James Lowe
6 days ago
James Lowe calls on Leinster fans to give Toulouse fans red-hot welcome
6 days ago
'I've met some of my best friends playing here' - Rugby, Canadian style
Next Page