Gordon D'Arcy explains what Ireland might do to address England hammering

Former Ireland centre Gordon D'Arcy has said that Ireland will look to drill the basics after a humiliating 57-15 defeat to England last weekend.

The defeat represented Ireland's largest ever loss to England with the Red rose running in eight tries to two in an error riddled performance by Ireland.

Joe Schmidt's side won just 60% of their line-outs, down from their average of 88%, while they also missed 37 tackles, with the New Zealander expecting a tackle completion rate of 90% and above.

D'Arcy thinks Ireland can still turn it around ahead of next month's Rugby World Cup but that they'll have to immediately address the most fundamental areas of the game.

"There's still potential for them to turn it around," D'Arcy said at the launch of Dominic Smith Expert Electrical's exclusive new TV and Home Entertainment showroom.

"It's a horrible one because when it's going well you just take your hands off the steering wheel and let the players do what they're doing. You just sit back and enjoy it but when it's not going well the temptation is to make these wholesale changes and try and throw the baby out with the baby water. It's everyone saying we need to this now, everyone has an opinion, everyone saying we need to do that. 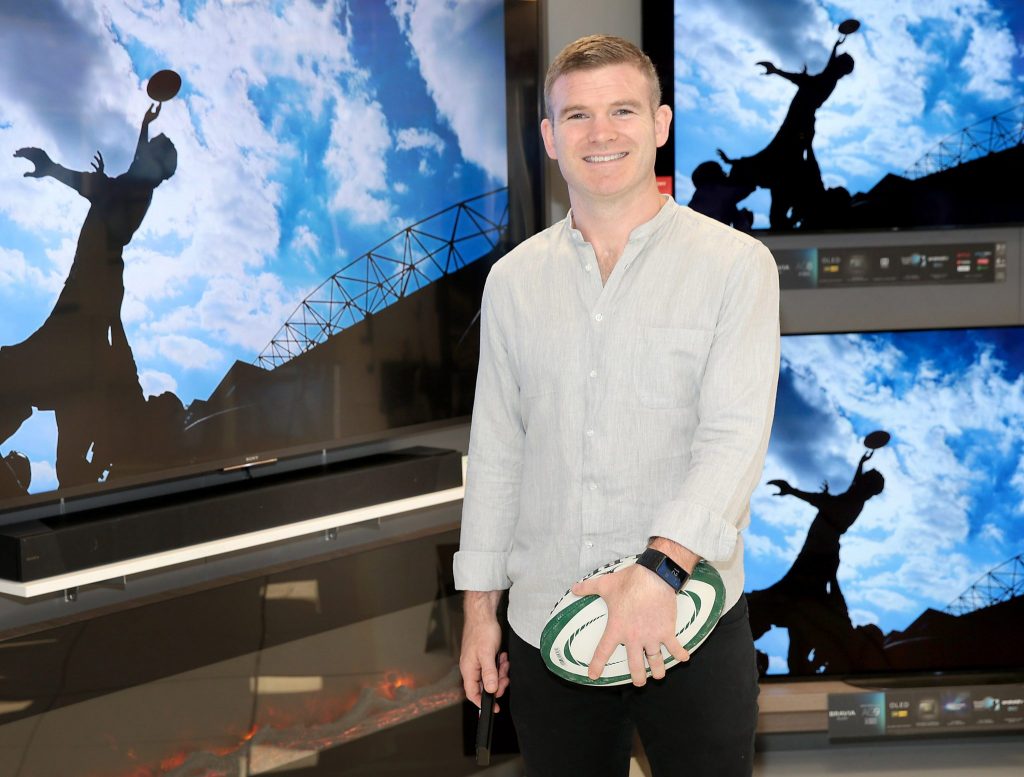 "I'm not the person that has the cure or anything but in my experience it comes down to basics. When you're trying to play your way out of a rut it's fundamentals and go into the next match with a mind of 'okay all my passing was good, all my tackling was good, the rucks I hit were good'. Just doing your job really well. Then you can build confidence going into the next one and that gives confidence to the person left and right of you that they believe you can do your job.

"Then when people trust each other again you can just do your own job. It's a real intangible but it can happen, very quickly.

"At a basic you want to see those pieces that Ireland were known for less than 12 months ago."

Ireland head coach Joe Schmidt said on Tuesday that once this weekend is over selections are effectively done. The World Cup warm-up games are different to pre-seasons matches because players aren't just trying to play themselves into shape, they're also trying to beat others to a place on the plane to Japan.

D'Arcy said that it can be weird because you're still trying to play as a team, and focus on building trust as he said earlier, but you're also very much relying on how the team does in a particular match because you may only play one or two games in a warm-up series.

"You want to get yourself on the plane but it's a funny one because you're not in control of the game you're playing in," D'Arcy added.

"In a warm-up series, some of the games you're playing in a group of players may perform better, and then in other games they won't.

"When I played against Scotland in a warm-up game and the team didn't play well and there was nothing I could do to generate momentum or get on the end of plays or create positive moments. I didn't get picked on it.

"Then players play in different games, team plays well, they gel, and then they get on the plane. It is very unfortunate and it's out of your control but if you go off script and try and create something out of nothing the chances are you'll do more damage than good for your selection hopes.

"It's just hard because you're playing those games in a vacuum and trying to do your best. It goes back to U12 where you're saying 'don't over do it, play as a team' but you're relying on guys that are desperate to get on the same team as you."

END_OF_DOCUMENT_TOKEN_TO_BE_REPLACED

Customers can now experience the TV and audiovisual offering first-hand as the store comes complete with a bespoke designed sound room showcasing the latest technologies from some of the world’s leading premium brands such as Sony; Panasonic; LG; Samsung and Sonos.


popular
The SportsJOE 12 o'clock quiz | Day 69
SportsJOE 2000s Football Quiz | Round 1
The SportsJOE 12 o'clock quiz | Day 67
QUIZ: Name the footballers to have played for Manchester United & Real Madrid
QUIZ: Name these footballers based on their former teammates
"I went up to the hotel, got attacked in the room and told I'm no longer Tipperary captain"
"I knew I didn't have the pace or strength, it was just get it and try kick it left or right"
You may also like
4 days ago
'We knew how much it meant to them' - Conrad Smith on Croke Park history lesson
4 days ago
"I was like, 'Your ribs will be broke, alright, if I get my hands on you again!'"
5 days ago
Baz & Andrew's House of Rugby - Mike Brown on past battles with Ireland
5 days ago
Online media excluded from another important IRFU briefing
6 days ago
"Just to clarify, it was an accident" - Mike Brown on Conor Murray incident
1 week ago
QUIZ: Guess the footballer from their Wikipedia page | Irish edition
Next Page