"Did he have a pair of slippers on as well?"

One of the big changes brought in by Joe Schmidt, when he took over as Ireland head coach, was ramping up the intensity as game-day approached. A large part of that was the Friday night walk-through.

The New Zealander, who led Leinster and Ireland to seven major trophies in eight years, was detail driven and pushed his players hard to get the best out of them. "I became a much better player under Joe Schmidt," Andrew Trimble once recalled, "because he puts you under so much pressure."

END_OF_DOCUMENT_TOKEN_TO_BE_REPLACED

The infamous '1, 2, 3, 4 drill' and the Schmidt walk-throughs - where players would run through set-plays and moves without the ball - were said to be so intense that the Test matches themselves were often seen to be light relief.

During his recent appearance House of Rugby Ireland episode [LISTEN from 57:30 below] former Leinster and Ireland prop Mike Ross recalled the time Gordon D'Arcy showed up for an early Schmidt walk-through with a coffee in hand. 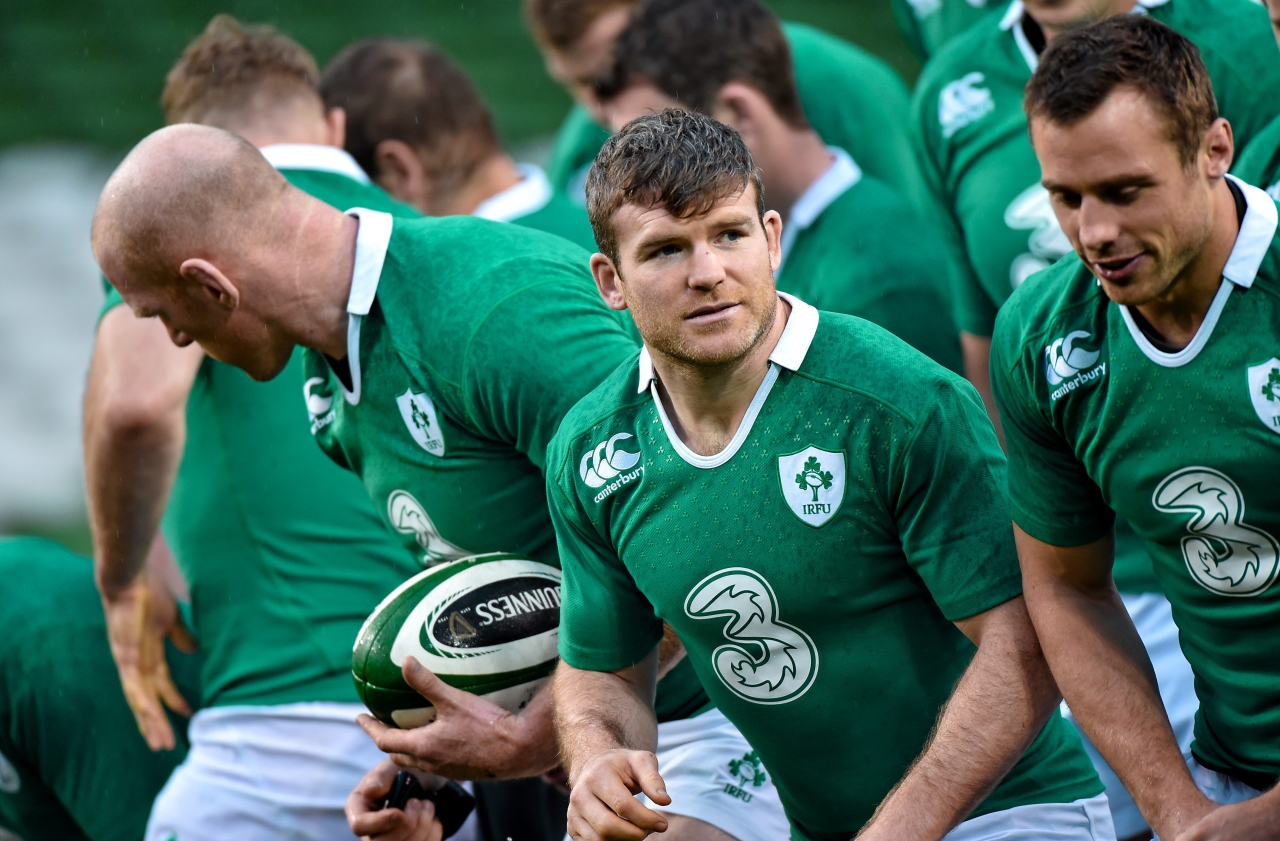 Gordon D'Arcy pictured after an Ireland team photo, at a Captain's Run, in 2014. (Credit: Matt Browne/SPORTSFILE)

Fergus McFadden and Ian Madigan, who both played with Ross, under Schmidt, for Leinster and Ireland started off with a funny recollection at the tighthead prop trying to sneak into a walk-through at St Stephen's Green park.

"I was looking over and was nudging Sean Cronin or it even could have been you," says McFadden, "going, 'Look at this. Look at this, Mads'. And it was you sneaking into Stephen’s Green for the walk-through. And you could see Mike was like… he was tip-toeing up, hiding behind a tree, tip-toeing and hiding behind another tree! You did try and sneak in. But the sweat beating off your forehead, I’ll never forget it."

"It’s the fear that Joe could put into even grown men," Madigan continued.

"I remember when he was starting off at Leinster. We were playing Bath, away, and I remember, we didn’t really know the value of walk-throughs and how important Joe saw them. They were probably something that had been around for a few years as box-ticking exercises.

"Darce comes out, probably a minute or two early, and he made the mistake of bringing out a cup of coffee and you saw it…. Joe just let out this roar. The coffee went everywhere!"

END_OF_DOCUMENT_TOKEN_TO_BE_REPLACED

The lads all recalled the inside centre also showing up in a pair of slippers. It was the takeaway coffee, though, that set Schmidt's blood boiling.

"It was very much Joe setting the tone of – I want everyone switching into these," Madigan said. "There were calculated messages that he sent out. It’s not like he was just a hot-head who just lost his temper. A lot of the time he’d be doing stuff, and there would be a reason behind it."

McFadden also shared a great tale about the time, when Schmidt was getting his Ireland team ready to face Australia, in November 2013:

"He was sucking and sucking, then went, "Ewww, what the f*** is that?!" @fergmcfadden on a prank conceived by @KearneyRob and himself that back-fired badly 😬 pic.twitter.com/O6eALmyyYR

As Rob Kearney recalled, on this week's show, Schmidt's reaction to McFadden was to jokingly say, "Well, that's the last time you ever play for Ireland."

He did, 11 more times, but there were just two more starts in the green jersey.


popular
From Ireland to Argentina: Alexis Mac Allister's Irish roots explained
France demand FIFA change result of World Cup defeat over 'rule break'
World Cup 2022 Day 12: All the major action and talking points
The World Cup 2022 team of the tournament so far
Ronaldo finally reveals why he got that hideous haircut
Argentina reach World Cup last-16 with convincing win over Poland
The FootballJOE Qatar World Cup 2022 Geography Quiz
You may also like
11 hours ago
From Ireland to Argentina: Alexis Mac Allister's Irish roots explained
6 days ago
Former England international admits he wishes he had played for Ireland
1 week ago
Two baffling omissions as four Ireland stars make World Rugby 'Dream Team' of the Year
1 week ago
Josh van der Flier claims World Rugby Player of the Year at Monaco ceremony
1 week ago
"Highlight of my Ireland career" - Behind the scenes as Jack Crowley and Ross Byrne covered for a legend
1 week ago
Bundee Aki reminded us all of his best qualities, on a night Ireland couldn't do without him
Next Page