Georgia faced off against Uruguay in a Pool D match in Kumayaga.

Gerogia came into the match having lost their opening fixture against Wales whereas Uruguay pulled off an upset against Fiji and now had to contend with the expectations that would be placed on them for this game.

The game kicked off and it was Georgia who would be the first to plant their flag in the opposition try line. Nine minutes in, Uruguay conceded a penalty at the scrum and the ref played advantage as Alexander Todua collected the ball out left and touched down for five points. The conversion was missed.

20 minutes into the game and the ref signalled for a water break owing to the prevailing warm conditions. The game rumbled back to life two minutes later and in the 31st minute, Georgia struck again; following a scrum, Los Lelos played the ball to Otari Giorgadze who scored. The scoreline read 12-0 as the conversion was slotted in.

Just three minutes later though, Uruguay would respond with a converted try. Rodrigo Silva fed Andres Vilaseca who went on to score, taking advantage of what seemed to be a fatigued cover defense from the Georgians there. Berchesi added the conversion for a score of 12-7. 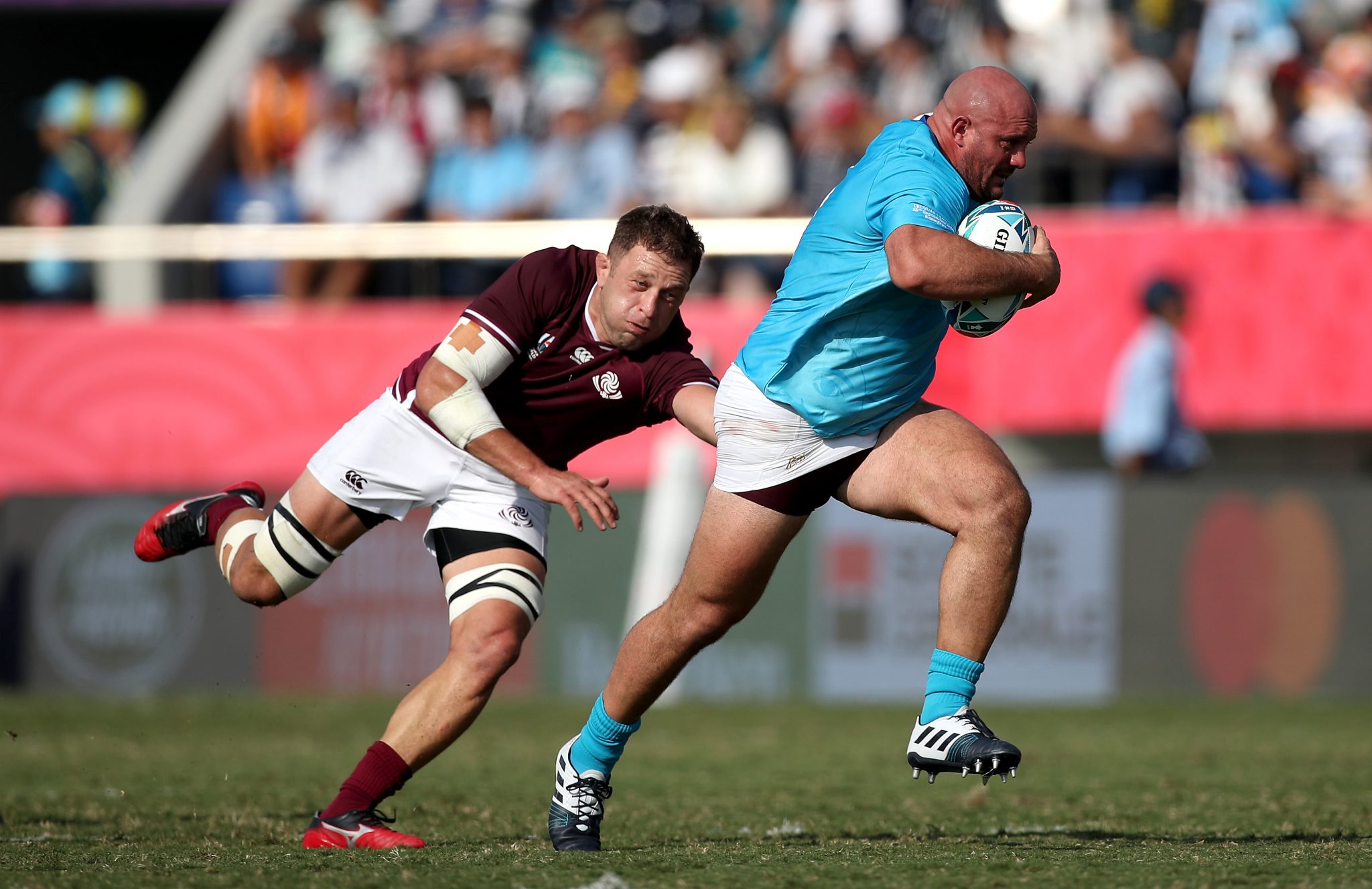 Two minutes before halftime and Uruguay were awarded a penalty after Guram Gogichashvili was found to be offside in the tackle line but Berchesi ended up missing the penalty as halftime arrived.

Both teams enjoyed moments of dominance in the first half with Georgia bossing the first 20 minutes and Los Teros coming back in the second twenty.

As the second half kicked off, Georgia began in the same manner as they did the first half with another try. Otari Giorgadze put in a massive carry before Levan Chilachava drove the ball through in a crowd. Tedo Abzhandadze added the conversion for a score of 19-7 to Georgia.

END_OF_DOCUMENT_TOKEN_TO_BE_REPLACED

54 minutes into the encounter and Georgia extended their lead as Jaba Bregvadze fell over the line. As two more points were added from the conversion, Georgia led 26-7.

58 minutes, the result seemed put beyond doubt as Giorgi Kveseladze picked up the ball and pushed it over.

77 minutes into the game and Uruguay had to finish the match a man down as Fecundo Gattas drove his shoulder into Shalva Sutiashvili's head as the second man in the tackle.

And so it finished at the Kumagaya stadium with Georgia clinching the victory, proving to be too much for Los Teros in this match up. Georgia face off against Fiji next and Uruguay have a clash with the Wallabies to prepare for.

You may also like
6 months ago
Devin Toner on thoughtful Ronan O'Gara message after World Cup heartache
6 months ago
"It was a complete and utter shock when Joe's name came up on my phone" - Devin Toner
6 months ago
Sinckler a stand-out, but more consistency needed - Flannery
6 months ago
"We haven't got a long-term or short-term estimate of when Joey is back" - Stephen Larkham
6 months ago
House of Rugby team agree on seven players in World Cup 'Best XV'
7 months ago
Pieter Steph Du Toit locks down World Player of the Year award
Next Page