We've got to admit, we did not see this coming.

George Hook has taken exception to Ireland out-half Johnny Sexton appearing to question his integrity in a recent interview and wants justice.

The former Connacht and United States coach, who has made a name for himself as a rugby pundit, is not too pleased with a remark from suggestion that he believes paints him as being biased.

END_OF_DOCUMENT_TOKEN_TO_BE_REPLACED

Sexton himself was unhappy with Hook's Irish Independent column, last month, about his concussion history. During the piece, Hook put forward the notion that Sexton should consider retiring for his own health and well-being.

In an interview with The Irish Times before Ireland's 21-10 loss to England, Sexton hit out at ill-informed comments in the media about his health. With regards to Hook, Sexton commented:

"He thinks I should have retired when I was 21. He’s still in the O’Gara camp even though Rog has retired.

"Look, what can you say to that? I don’t know if he actually believes that. You’ve got to take it with a pinch of salt, and people have to promote themselves, they have to sell papers. People look after themselves at the end of the day." 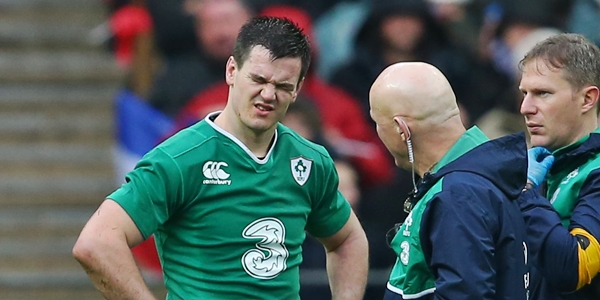 Solicitors acting on Hook's behalf sent a letter to Leinster Rugby addressed to Sexton, according to the Times. A section of it reads:

'[The Sexton feature] very clearly questions our client’s integrity and objectivity; that our client does not believe what he writes or broadcasts about nor cares about the accuracy and that he is generating controversy over player welfare, including yours, from brain trauma arising from concussion in order to further his own career and to sell newspapers.'

END_OF_DOCUMENT_TOKEN_TO_BE_REPLACED

Hook is demanding that the newspaper issue an apology, withdraw its story and sent a “proportionate donation” to the IRFU Charitable Trust.

The newspaper itself has responded to Hook by rejecting his demands and stating that Sexton was entitled to a right to respond.

The outhalf is said to be consulting with his own solicitors on the matter.