Gavin Coombes and the fascinating tug-of-war for Ireland's No.8 jersey

Simon Zebo may have returned to Munster to stave off Keith Earls' attempts to usurp his try-scoring record, but Gavin Coombes may yet blow them both out of the water.

While Zebo extended his Munster record to 62 with a double on the opening day of the season, Coombes has already amassed 19 in 39 appearances. 2020/21 was the Cork native's break-through season and he went all Sam Simmonds on it - totting up 15 tries from the Munster back row.

END_OF_DOCUMENT_TOKEN_TO_BE_REPLACED

While he scored two against Sharks in his first game of this season, he went try-less in the comeback win over Stormers, last weekend, but looked even better again. Donal Lenihan, a Munster legend of bygone days, bestowed the Man of the Match accolade on Coombes, and no-one was disagreeing.

On the latest episode of House of Rugby URC [LISTEN from 25:45 below], Jason Hennessy, Megan Williams and Darren Cave discussed Coombes as a possible Ireland No.8, this November, and if he could help Munster end their trophy drought. 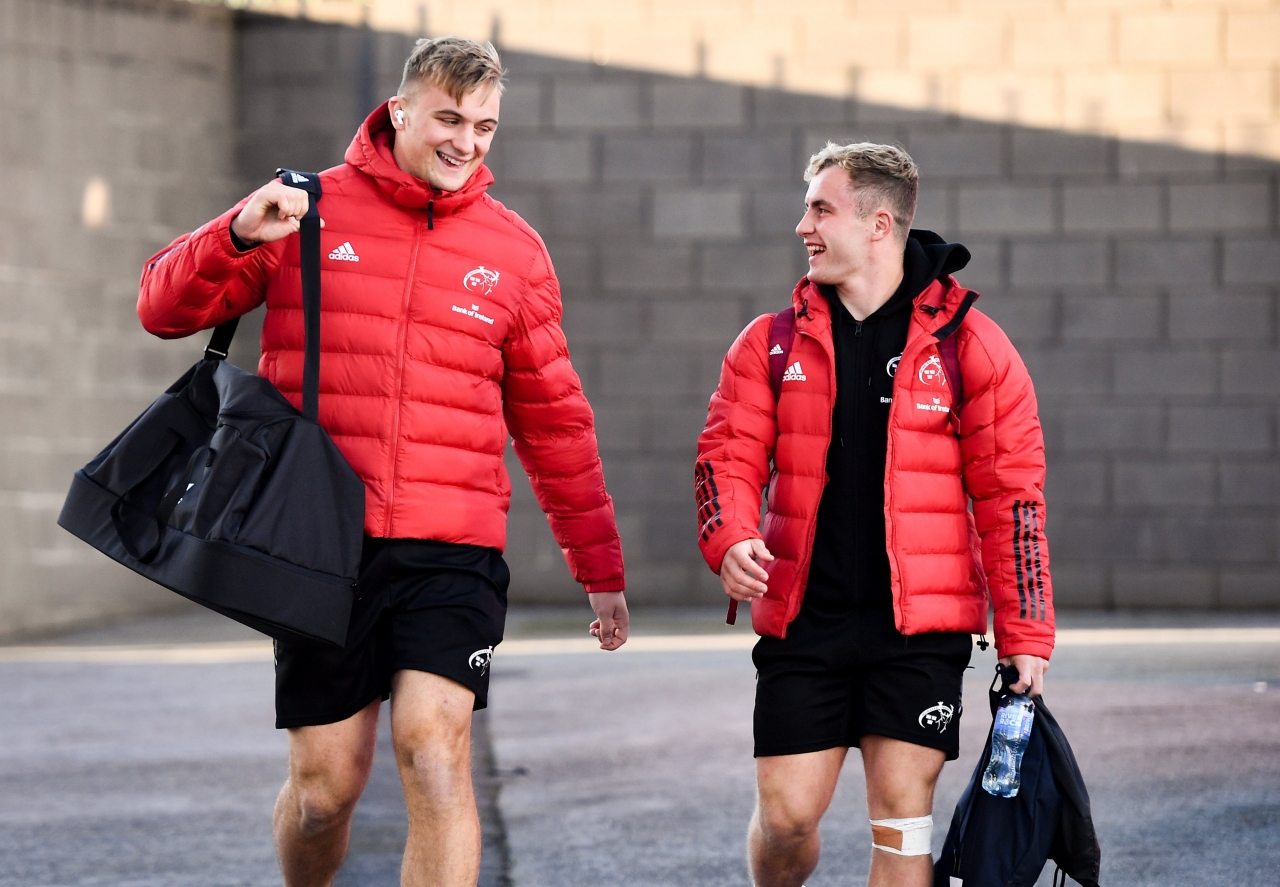 "You know we talk about cliches, right?" Darren Cave commented. "Winning ugly, right? If you’re not sure what winning ugly means, watch that Munster game."

Hennessy got excited when discussing what RG Snyman could do for Munster this season and added:

"Munster are going to be good this season. People don’t give them the credit. I know they haven’t won anything in a very long time, but they’ve got to plenty of semi-finals and finals. They’ve got Snyman coming back in this year, after being out for a full 12 months.

"They’ve got Joey Carbery for a full season, they’ve got Conor Murray to come back, Tadhg Beirne to come back into the squad. Stephen Larkham and Graham Rowntree are there now a couple of years. I think Munster, this could be the year. It might just be a matter of winning the Shield."

END_OF_DOCUMENT_TOKEN_TO_BE_REPLACED

Cave joked that 'this could be our year' talk was reminiscent of Liverpool fans before Jürgen Klopp brought them league glory. He pointed out how the returning Zebo would have a big say in matters, too, before focusing Coombes' emergence over the past couple of years.

"How weird is it with Gavin Coombes," he began.

"Am I a part-time Munster viewer or is he a carbon-copy of CJ Stander? You see when he gets the ball, two metres from the line. You know Munster are very good at that - they’re two metres from the line and everyone gets real close. It just ‘Uhhhhhh’ and then the ref blowing his whistle for a try. You used to see Stander, and now he’s getting up with the ball."

Talk then turned to whether Coombes, who made his Ireland debut over the summer, could bump out the likes of Jack Conan or Caelan Doris in the November internationals.

"19 carries, 51 metres, 12 tackles," said Hennessy. "If you were looking at the No.8 position this year, you’ve obviously got Coombes, you’ve got Conan, who just started three Tests for the Lions, and you’ve got Doris too. A lot of competition there."

"It’s mad," Cave replied. "And the biggest issue is Leinster can’t even figure out who their back-rowers are. You could end up with… Jack Conan could end up not being in a Champions Cup 23 for Leinster, and you wouldn’t really be that surprised. And it seems ridiculous because apparently he’s the best No.8 in the British & Irish Isles.

"It’s absolute madness. But I like Gavin Coombes. He’s class. And I think Munster are going to be good, this year."

END_OF_DOCUMENT_TOKEN_TO_BE_REPLACED

It was the way Cave drew out the gooooooood that had Hennessy convinced this could be Munster's season. "They’re going to win something, is what he’s saying!" Hennessy declared.

For a province of their stature and natural talents, 10+ years without a trophy is too long.


popular
Paul Scholes calls a spade a spade after comeback win
It's often forgotten that Tommy Walsh began his career with the same stardom and promise as David Clifford
Derry club win county final factfile games with extravagant set of jobs
Jordan Larmour primed for a season to remind everyone how good he is
Shane Walsh: 'That's not how I was coached to play football. No one was coached to play football that way'
Paul Scholes says Paul Pogba is a "daydreamer" and Fred and McTominay are "limited footballers"
"Where Johnny Sexton is so important to us now is being able to pass the baton"
You may also like
1 week ago
"The guy just can't catch a break" - RG Snyman back on gruelling comeback trail
1 week ago
Munster confirm RG Snyman has re-ruptured his cruciate ligament
1 week ago
Worrying scenes for Munster as RG Snyman lasts only nine minutes against Scarlets
2 weeks ago
Peter O'Mahony's try-saving actions cannot be understated or undersold
2 weeks ago
Peter O'Mahony rages over "full-on bite" as Munster secure comeback win
3 weeks ago
"We need players like him" - Joey Carbery and the weight of expectation
Next Page