He was an unsung hero... until now. And there are a few singing about him.

One of the most commonly heard phrases in the Aviva Stadium on Saturday evening was '55 players'. Stuart Lancaster, Leo Cullen, Isa Nacewa, Garry Ringrose, Johnny Sexton and Sean Cronin were all interviewed after their team's 40-32 Guinness PRO14 final win over Scarlets.

They wanted us to know about the 55. Leinster wanted to get the point across.

55 players were used by the province over the course of 24 games in the PRO14. And while the likes of Tom Daly, Peadar Timmins, Charlie Rock and Vakh Abdaladze may have made only fleeting appearances, they and many others were treated like senior squad members as the double-winning celebrations got underway.

Ringrose took time out, after the match, to speak with The Hard Yards and [from 20:00 below] he singled out a key member of that large squad for special praise. 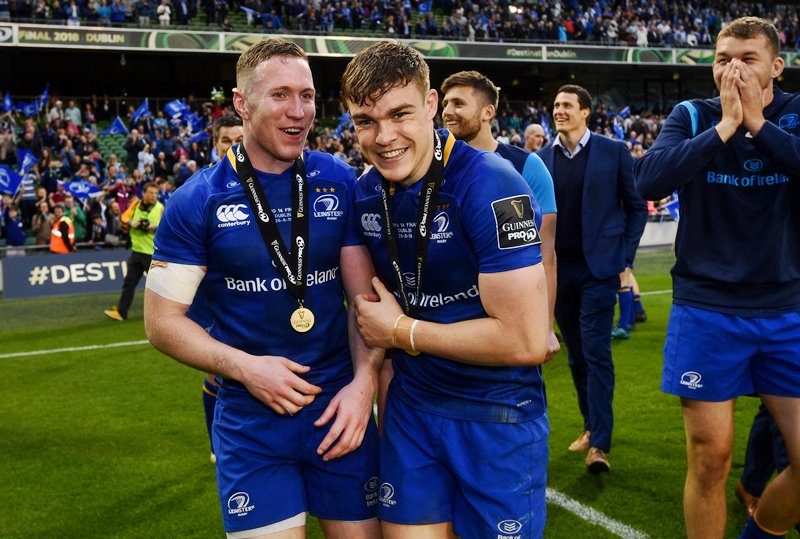 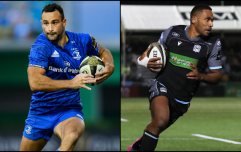 END_OF_DOCUMENT_TOKEN_TO_BE_REPLACED

Rory O'Loughlin featured in 21 of a possible 33 games for Leinster this season - 15 starts, six sub appearances and seven tries scored. No-one started more games for the province, this season, at outside centre than O'Loughlin.

In his last two outings, though, he was needed to cover inside centre and captain Isa Nacewa. The 24-year-old knew he would be featuring in both the semi-final and final as Nacewa's badly strained calf was never going to hold up for 80+ minutes (or even 40). It must be a strange sensation to know you will definitely be playing in a massive final but to take your place on the bench, away from the spotlight.

O'Loughlin played the entire second half against Munster, in the last four, and secured two superb turnovers. Against Scarlets, he was required after 18 minutes as Nacewa limped off. Almost immediately, he came up with a great line break to show he was more than up for the contest. Ringrose said:

"He is another incredible player. He was unlucky a little earlier in the season, picked up a couple of small niggles and injuries that had him out for a few weeks and kinda stumped him for momentum. He had a good first year [with Leinster] last year and it was similar this year. Some of the tries he has scored have been phenomenal.

"It was only the one or two games together but we joked about where we had both come from and the work paying off. He has been exceptional, though, and the fact that he can go in and play 12 or 13 so comfortably is a credit to him."

Kevin McLaughlin and James Downey were both in the studio and both agreed that 'Locko' had a superb final. "It says something about his performance," noted McLaughlin, "that Isa spent half his press conference talking about him. That's a measure of the culture of Leinster as well."


popular
Kilkenny youngster pulls off the no-look hand-pass once more
"Conor Murray was hung out to dry"
Guinness Pro14 preview: Leinster v Glasgow
Jarlath Burns: The club man going to the top so he can bring it all back
"Ireland don't ever do anything different and that's the worry" - Mike Tindall
ROG hits the nail on the head assessing Ireland's performance
"I want the lads to realise there's only a certain amount of time, 'let's make the best of this'"
You may also like
1 week ago
Pro14 preview: Leinster v Cheetahs
1 month ago
Leinster get Saracens as Champions Cup quarter finals confirmed
1 month ago
Six Leinster players that could benefit from a provincial switch
1 month ago
What Munster and Ulster need to get a Champions Cup quarter final
1 month ago
Max Deegan makes Six Nations statement as Leinster crush Lyon
1 month ago
Could Leinster's biggest strength become their greatest weakness?
Next Page