It was February 2016 when Joe Schmidt brought in a 21-year-old uncapped prospect to train with Ireland's senior stars.

Garry Ringrose was already known to most of the squad when he pitched up at training ahead of the 2016 Six Nations. The Leinster lads had got the word out.

There's Garry Ringrose in training with the Irish squad at Carton House pic.twitter.com/XKGO1TGygU

END_OF_DOCUMENT_TOKEN_TO_BE_REPLACED

Ringrose had to wait until the autumn internationals, later that year, to make his Test debut. He was on the bench when Ireland beat New Zealand at Soldier Field, then played three in a row against Canada, Australia and that rough-house return with the Kiwis.

The summer after, eight caps into his Test career, he was not going easy on Ronan O'Gara when the Munster legend was invited to join Ireland for the United States leg of their three-game tour. O'Gara told us:

"I got taken out by Garry Ringrose on a good hit-line I ran in training... I was defending at 12 [in training] so I'd say they were pretty fearful of me at 12, in the D-line! I didn't have a rashers what was going on.

"Garry Ringrose was coming straight at me. I was really impressed with him. I was the same with Keith Earls at that age. Why these guys stand out is their personality, their attitude or their character - this guy is so humble."

END_OF_DOCUMENT_TOKEN_TO_BE_REPLACED

Ringrose is now fully established with Leinster and Ireland. He is a key player for the reigning league champions and a leader amongst the squad.

We caught up with the 26-year-old just ahead of the United Rugby Championship opener and asked for a tip-off on young players at Leinster to keep an eye on, this season and beyond.

He had quite a few names to get through. 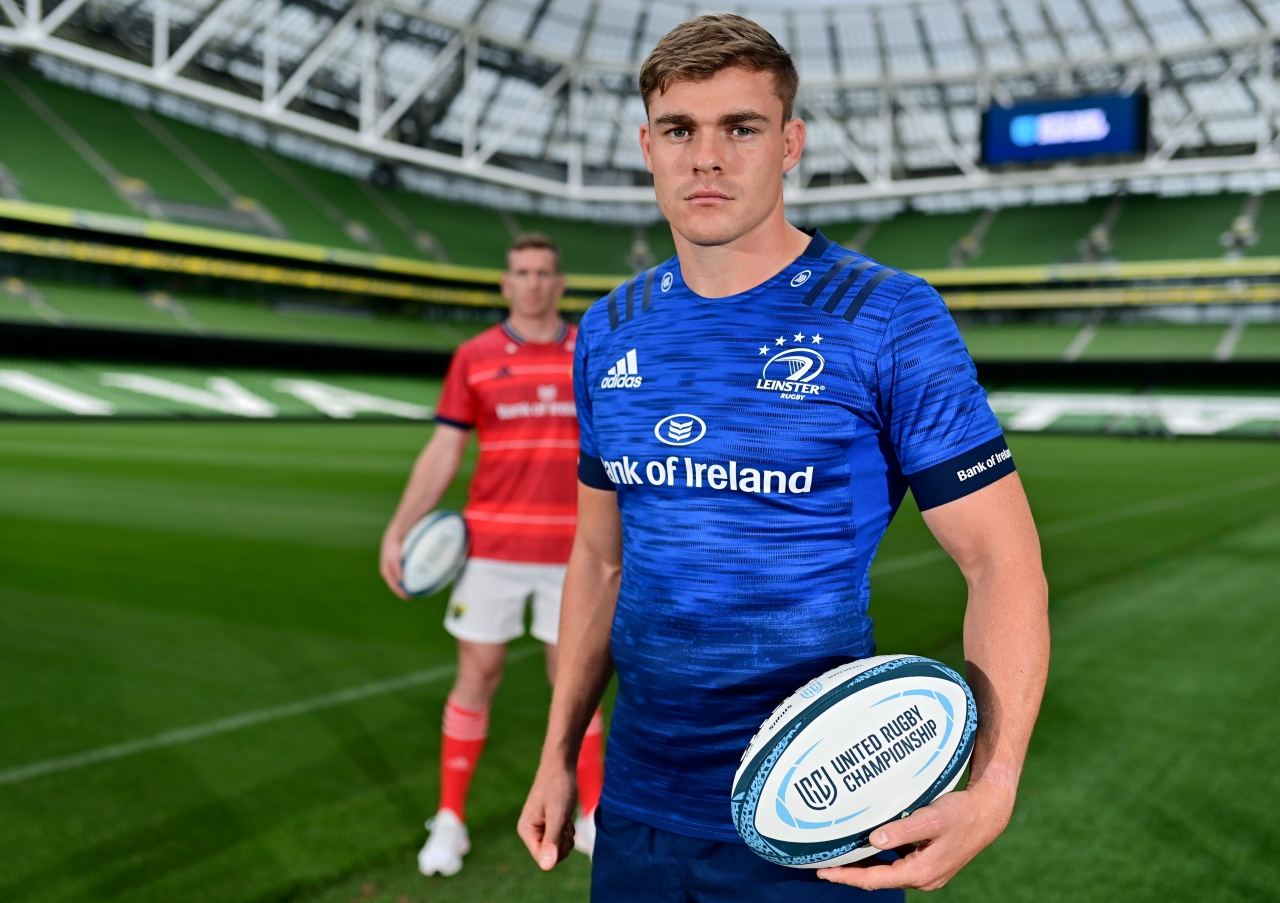 Garry Ringrose of Leinster and a blurry Chris Farrell of Munster (left) during the United Rugby Championship launch at the Aviva Stadium. (Photo by Brendan Moran/Sportsfile)

Asked for the names of Leinster prospects tearing it up in training, Ringrose lists off four exciting backs, two of which have already played with the senior side.

"Jamie Osborne has been very impressive for us," says Ringrose. "He would have trained with us last year and he's obviously kicked on. He's been incredible.

"Even watching over the summer, playing the [Ireland] 20s, he's grown and is getting better. He's someone I've no doubt that will contribute to Leinster.

"Chris Cosgrave has gone away has gone away with [Ireland] Sevens, and is back. He's been incredibly impressive. Liam Turner, who came on when Chris got injured against Harlequins, pretty early. Liam came on at 13 and slotted in, seamless.

"Rob Russell is another guy that came through. He would have been training with us. Obviously, we put a lot of pride in home-grown players and players that have come up through the system - whether it is school or clubs.

"So to see guys like them really driving the standards and challenging a lot of us in training. It's not just us giving them advice and improving them. It's two ways - fresh faces, fresh opinions, fresh point of view - and they teach the other guys, older than them, too. It's a brilliant dynamic." 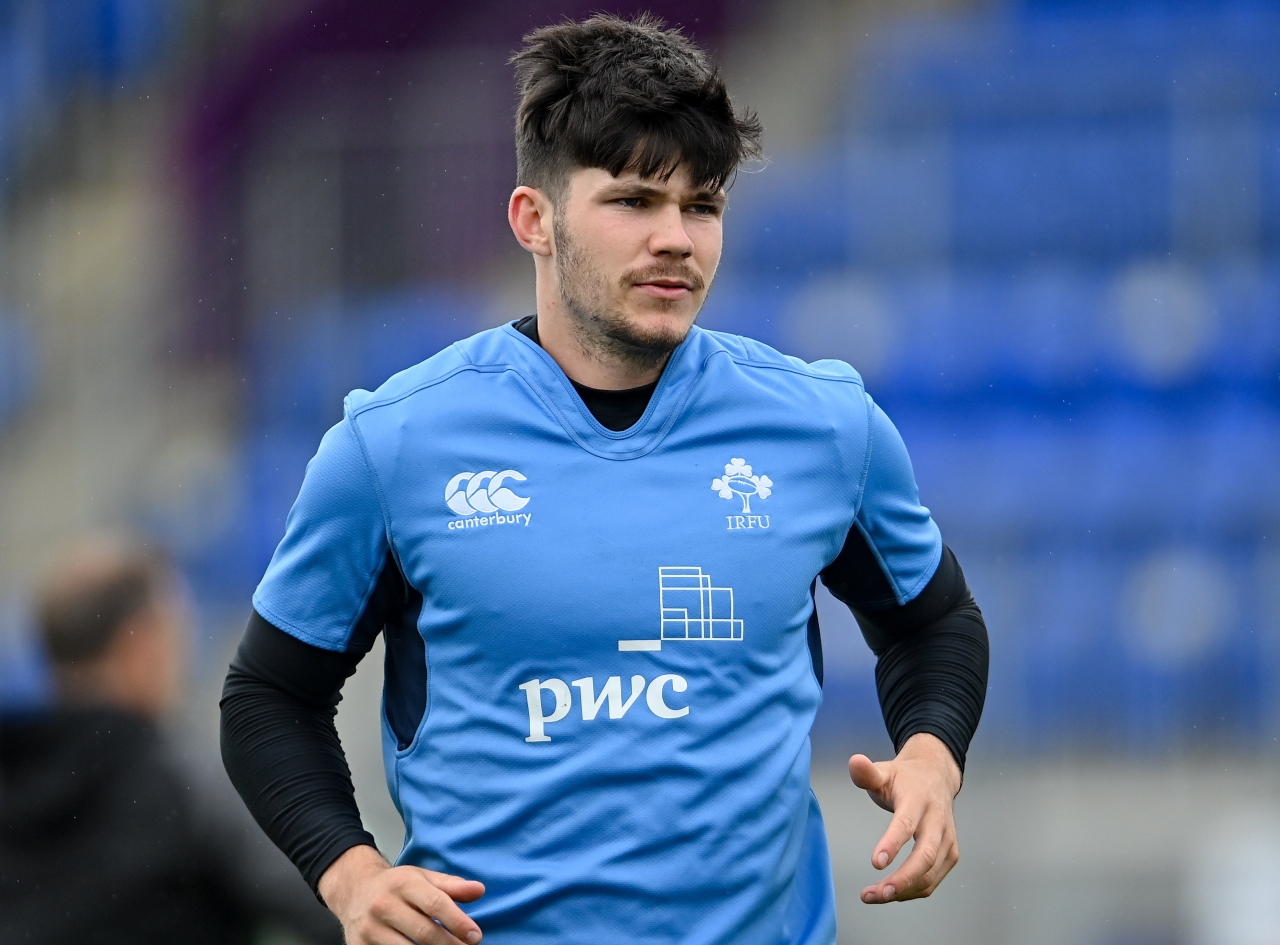 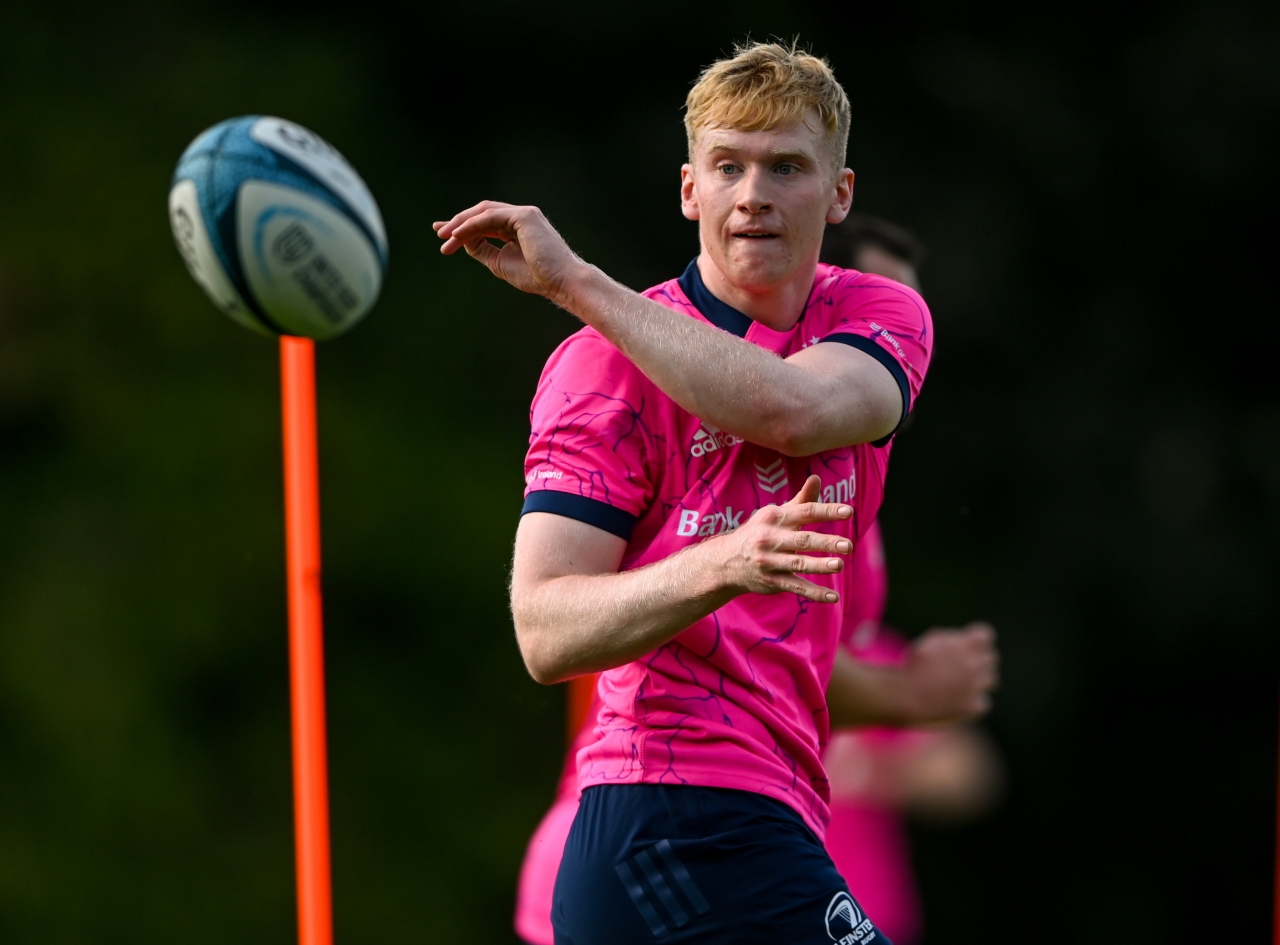 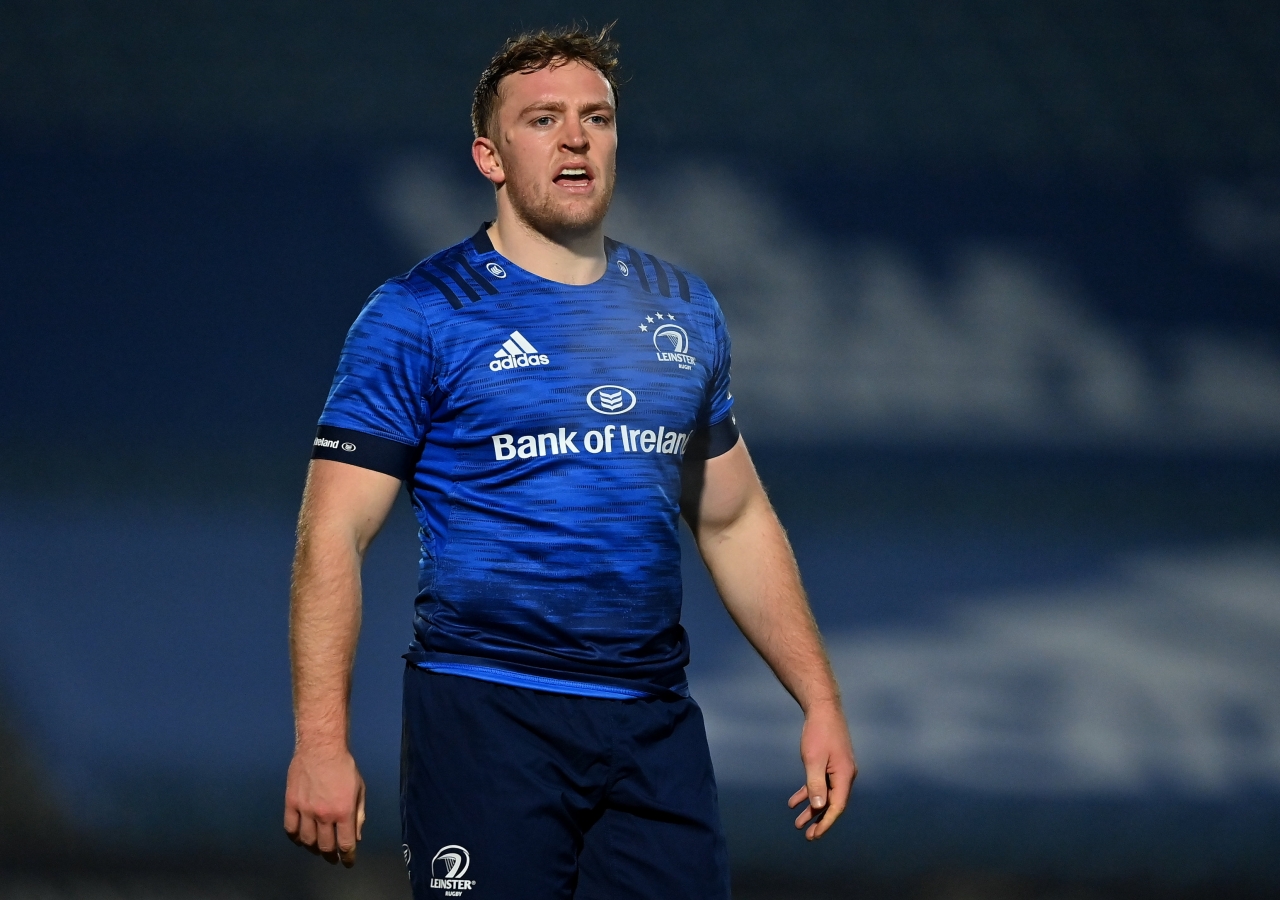 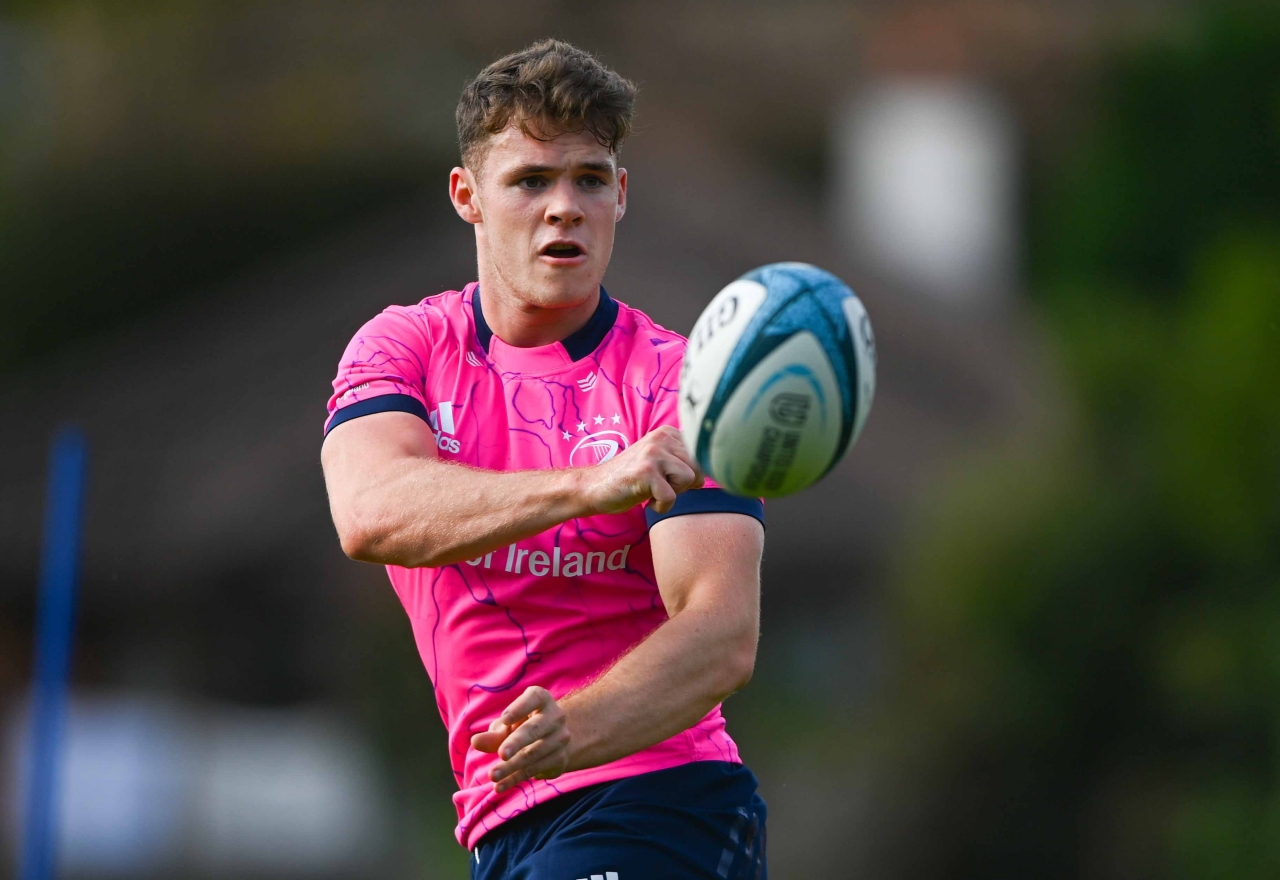 As for the addition of four new teams from South Africa, Ringrose acknowledges that it will be tougher again to finish top of the tree. He is keen to stress, though, that Leinster's past league wins have been no cake-walk.

"The teams that are coming in, the quality that's coming in, and the way the schedule has been restructured can only do good.

"Saying 'prestige', that wouldn't be a word that I'd use. Probably just tougher, more competitive, more challenging. That's what myself and the guys in our playing group are facing."

To get over the line, as in past seasons, Leinster will be using 50+ players and relying on these academy prospects. They go into the season with words of ringing endorsement from Ringrose, a man that has tread the path and proved all those that backed him to be correct.


popular
Jurgen Klopp reacted like everyone else to Darwin Nunez headbutt red card
Jamie Carragher on the two Man United players Erik ten Hag can't trust
"I cannot believe how Nunez thinks he's going to get away with that!" - Jamie Carragher
"I went up to the Italians and gave them a big auld shoulder" - Paul O'Donovan does it again
Wexford, Waterford and Kilkenny down some good men as Australia calls
Carragher and Neville brutally name Man United's biggest transfer flops since 2013
Wexford Under-20 lights it up as Ferns win their first ever county title
You may also like
1 week ago
"Everything’s done for you" - Eddie Jones on how private schools influence English rugby
1 week ago
Faf de Klerk knocked out after horror collision with knee of All Blacks winger Caleb Clarke
1 week ago
"We'll support him in any way we can" - Wallabies captain Michael Hooper backed for brave mental health decision
1 week ago
At a time when rugby needs genuine characters, Naitoa Ah Kuoi could not have timed it better
2 weeks ago
Eight Ireland players make final cut in 'World Class' 33-man squad selection
2 weeks ago
"There's no magic wand. A lot of it starts and finishes with hard work" - Ronan O'Gara
Next Page