Ireland head coach Joe Schmidt will make a decision on his future next week with New Zealand emerging as a strong suitor for his services.

New Zealand Rugby chief Steve Tew has previously mentioned Schmidt among the list of potential candidates to replace current All Blacks head coach Steve Hansen should he decide to resign from his role after next year's Rugby World Cup in Japan.

It is understood that Schmidt previously turned down a chance to join the All Black coaching ticket in 2017 and he confirmed at Carton House on Thursday that he would make a decision on his future known to the public at some stage next week.

Announcement on Joe Schmidt's future due next week. Watch more from the Ireland head coach on @VirginMediaNews at 5.30 pic.twitter.com/iLspvr9420

END_OF_DOCUMENT_TOKEN_TO_BE_REPLACED

The IRFU said at their strategic launch last month that they had prepared for life after Schmidt should the New Zealander choose to leave his post after his contract expires with the union at the end of next year's Rugby World Cup.

After winning three Six Nations titles in five years, a Grand Slam and recording Ireland's only two wins over the All Blacks, whoever follows Schmidt will be trying to fill ridiculously large boots, but here we look at five potential candidates that could potentially step up and take the job if it was offered to them. 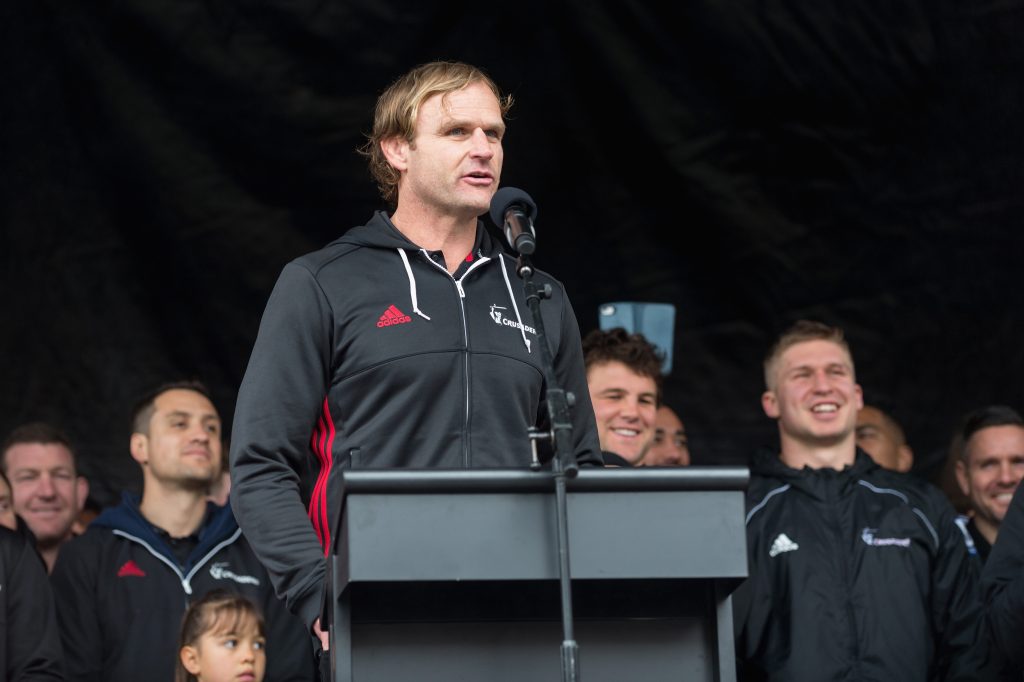 END_OF_DOCUMENT_TOKEN_TO_BE_REPLACED

The Crusaders head coach will probably be looking at the New Zealand job himself given that he's guided the Christchurch based club to back-to-back Super Rugby titles over the last two seasons.

You can say a lot about Robertson, from his dance moves, to his vision to the positive mindset that assistant and former Ireland international Ronan O'Gara so strongly vouches for, but back-to-back Super Rugby titles should say almost everything that there is to say from the IRFU's perspective.

END_OF_DOCUMENT_TOKEN_TO_BE_REPLACED

Robertson also spent some time with Ards rugby club in Belfast during his playing career so he has made the move to these shores before, however, he was 19-years-old then and wasn't a leading contender for the All Blacks job.

Safe to say that times have changed since but Ireland would still represent one of the great jobs in international rugby and a potential road to the All Blacks in the future should Schmidt return home.

A Super Rugby winner with the Highlanders in 2015 and a semi-finalist the following season, Joseph left New Zealand for the Japan in 2016 to build on the strong foundations that current England head coach Eddie Jones laid during his time there.

The Cherry Blossoms would have never been viewed as a traditional stepping stone in international rugby but Jones elevation to the England job has now made them more of a viable gateway to bigger and better things.

Japan were leading at half-time against England last weekend before ultimately fading in the second-half but Joseph has some serious credentials and deserves to be considered among the contenders. 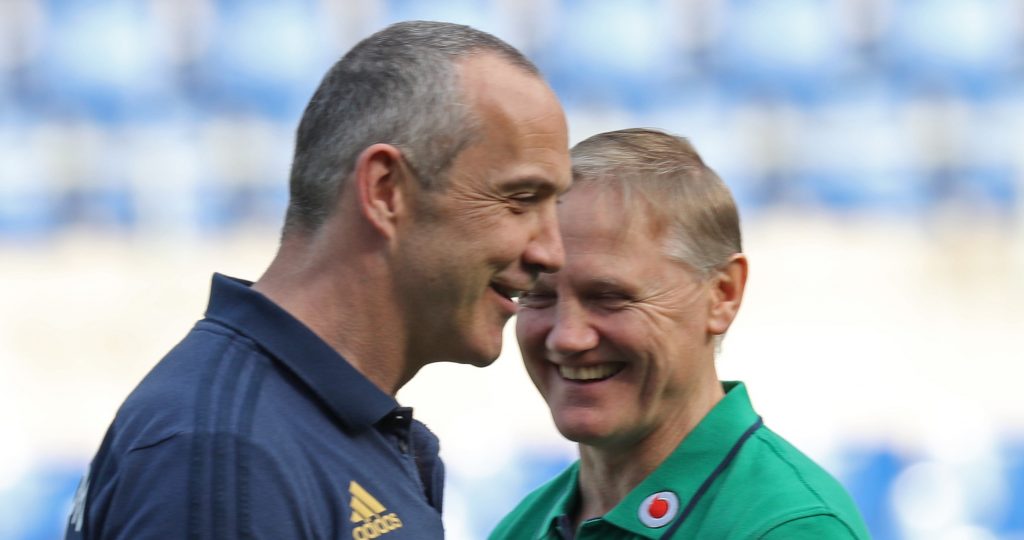 The Italian rugby job is very much a poisoned chalice in international rugby and it appears that O'Shea may follow the same route of many of his predecessors before him.

He already has a better winning percentage than former coach Jacques Brunel, who looks to have France back on track after a tour summer tour of New Zealand, and it must be remembered that he won an Aviva Premiership and a Challenge Cup in his previous role with Harlequins.

Farrell was name checked as a possible contender by IRFU CEO Philip Browne last month, and although he denied the rumour he could replace Schmidt, he was mentioned by Browne which has to at least put him in the running.

He is the only defence coach in world rugby to twice hold the All Blacks tryless and he has previously served as a defence coach with both England and on two different tours with the British & Irish Lions.

He's been around international coaching setups for sometime now and is very familiar with the game at this level but maybe the IRFU would hold some private reservations that he's never taken on the top role before. However, the fact that they name checked him certainly puts him in the running.

The former England head coach has worked wonders at Leinster alongside Leo Cullen and helped transform their attack from a side that scored 51 tries in the regular season of the PRO12 during Cullen's first season in charge to a team that scored 91 tries the following season after his arrival.

Leinster's players have spoken at great length about the improvements he has made during his time at the club and he's quite lucky to even be there given how closely his job was tied with former England captain Chris Robshaw's decision to kick for the corner against Wales in the World Cup.

England's Pool stage exit at the World Cup ultimately cost Lancaster his job but before that he had bled through a number of outstanding young players and boasted a 61% win percentage, bettered only by Clive Woodward and Eddie Jones in the last 20 years.

If Schmidt does decide that his time with Ireland has finally come to an end, the IRFU could do much worse than pass the keys to Lancaster.


popular
Roy Keane's issue with Argentina star could rival Graeme Souness and Paul PogbaA~WQA~~~~~~AAAA
Lionel Messi makes Gary Neville eat his words after "silk pyjamas" comment
Roy Keane cracked up Ian Wright and Gary Neville with England team spirit remark
Roy Keane takes moment on TV to pay tribute to his old team in Cork
Roy Keane shoots down ITV presenter's 'excuse' for England's draw with USA
'I was so stressed the week before the All-Ireland and I ended up having a panic-attack' - O'Shea and O'Sullivan open up
Ronaldo finally reveals why he got that hideous haircut
You may also like
1 day ago
Former England international admits he wishes he had played for Ireland
6 days ago
Two baffling omissions as four Ireland stars make World Rugby 'Dream Team' of the Year
6 days ago
Josh van der Flier claims World Rugby Player of the Year at Monaco ceremony
6 days ago
"Highlight of my Ireland career" - Behind the scenes as Jack Crowley and Ross Byrne covered for a legend
1 week ago
Bundee Aki reminded us all of his best qualities, on a night Ireland couldn't do without him
1 week ago
Peter O'Mahony delivered some fitting Jack Crowley comments after surprise Test start
Next Page