They were “disgusted by the offensive comments."

The British & Irish Lions reacted angrily to a comment that former Ireland international Neil Francis has made, regarding the colour of Marcus Smith's skin.

The former forward is a columnist for the Irish Independent, and when speaking on the Left Wing Podcast, he said Smith had a: “David Beckham haircut and an Oompah Loompa tan”

The comments were actually edited out of the podcast episode but not before doing the rounds on social media.

“We find the remarks offensive and have written to the Independent to express our deep dissatisfaction,” a Lions spokesperson said. 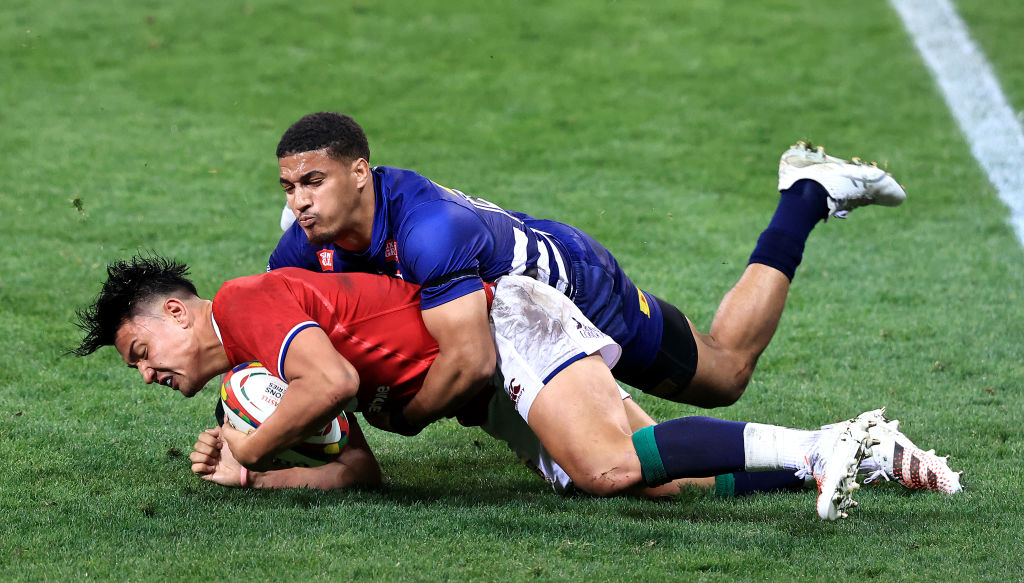 Harlequins, the club which Smith plays for, also said they were “disgusted by the offensive comments”

END_OF_DOCUMENT_TOKEN_TO_BE_REPLACED

The fly-half is of Filipino and British heritage and made an impressive first appearance for the Lions against the Stormers last weekend.

Born in Manila, he made his England debut against the USA this month, and also helped to guide the Harlequins to their first Premiership title in nine years.

The 22-year-old is not involved in the match day 23 squad for this weekend’s first Test.


popular
Sean Dyche set to be named Everton manager after Marcelo Bielsa talks break down
Roy Keane flatly rejects longstanding perception of ex-Man United midfielder Paul Ince
Allianz National Football League Round 1: All the action and talking points
Roy Keane leaves ITV pundits in stitches after Pep Guardiola's pre-match interview
Conor McGregor hit by car ‘at full speed’ while cycling
Quiz: Identify these 15 football clubs that are not named after a place
"I don't like to fill my time that way" - O'Hora going his own way in an era of obsessives and covering all bases
You may also like
2 days ago
The two toughest calls in Ireland team to face Wales are in the backline
3 days ago
"He didn't give me that jersey back!" - Johnny Sexton on new rival Jack Crowley
5 days ago
Robbie Henshaw on his life-long friendship with Bundee Aki and Netflix documentaries
6 days ago
Munster get brutal Champions Cup draw as Leinster face Ulster in Last 16
1 week ago
“He's gonna be pi**ed when he hears this!” – Anthony Watson's Vegas trip with Tadhg Furlong
1 week ago
Kieran Treadwell the most unfortunate Ireland player to miss Six Nations call
Next Page