EXCLUSIVE: New PRO14 teams to be boosted with at least five Test stars each

The South Africans are taking their participation in the newly minted Guinness PRO14 very, very seriously.

We have had four days to digest the news that the PRO12 is getting two new teams - the Cheetahs and Kings. The PRO14 is here.

PRO14 organisers unveiled the new league structure - including two conferences, 21 regular season games per team and a final six knock-out format - but the fixtures will not be released until next week. The league itself should kick off on September 2.

The South African Rugby Union has committed an initial £6m over six years to the competition and there will be further financial gains via TV and commercial deals.

SARU are not sending the Cheetahs and Kings into battle to make up the numbers. The project will falter if both franchises cop heavy beatings during their first seasons against the European sides.

Both sides have, due to their exit from Super Rugby and uncertainty over future plans, lost key players but a recruitment drive is in full swing. SARU are on the look-out for some top, Test-level talent and are willing to foot the bill.

"I don't know if this is in the media but apparently the South African union has guaranteed there will be five internationals on both teams.

"It's definitely going to add a bit extra to the competition."

SARU will be seeking some marquee signings for each franchise and the prospect of playing in front of new, European audiences may prove tempting to some Test stars. 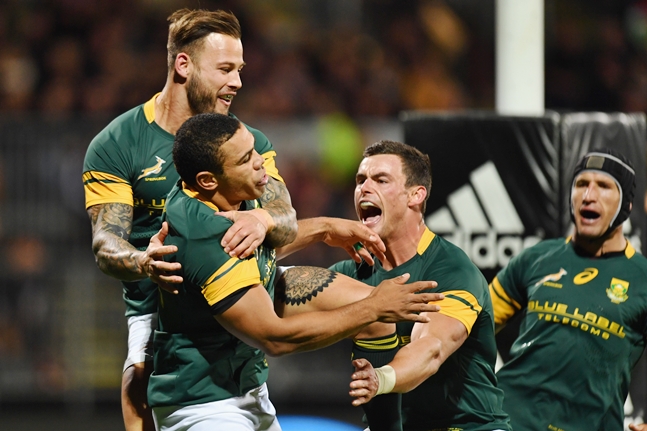 END_OF_DOCUMENT_TOKEN_TO_BE_REPLACED

"From what we've been told," Muldoon added, "there's one or two of the other [so-called] bigger South African teams that are looking with interest to try and move over too because their contracts with Super Rugby are up in a season or two.

"It's certainly all positive and, by the sounds of things, there could be an American and Canadian team in it next year so I'll have to play in it next year if I want a trip over there."

Cheetahs and Kings may well prove to be the vanguard for the likes of the Lions, Bulls, Sharks and Stormers.

The South Africans appear to be taking the PRO14 as a stepping stone into the European market, with North American expansion on the horizon too.

Muldoon also revealed that Connacht are set to welcome the Kings in the second week of the season - September 9-10 - and visit South Africa next March to take on the Cheetahs.


popular
In 86 seconds, Patrick Bamford becomes English football's voice of reason
'Make him hurt, make him yours' - How the Springboks ruled the world
Springboks legend Tendai Mtawawira tells us what he really thinks of Ellis Genge
Jose Mourinho is the picture of happiness and health after Spurs sacking
'Beast' Mtawawira is a big fan of Mike Ross' Lions front row
"We did find him hours later and we made up." - How Flynn and his best friend came to blows in Croke Park
Jose Mourinho is about to step up and become the hero football needs
You may also like
3 weeks ago
Everything you need to know about this year's Fairyhouse Easter Festival and Irish Grand National
1 month ago
5 really simple fitness tips you can do at home
1 month ago
Feeling they're not "good enough" prevents teenage girls from taking part in sport, research reveals
3 months ago
Praise for Connacht's big win and Ulster's emerging talents on House of Rugby
3 months ago
Marcell Coetzee tells House of Rugby about his vow to Ulster
4 months ago
Visit Vodafone’s Pop-Up Shop at JOE with heaps of offers on smartphones, smartwatches and more
Next Page