Eve Higgins: "If it wasn't for dad and mum knowing how much I loved this sport, who knows if I'd have kept playing"

"I haven't looked back since."

Eve Higgins can still remember heading along to watch Ireland Women playing their Six Nations games at Ashbourne RFC, as she was growing up. It was a snug set-up, and it was always hopping.

Bus-loads of young rugby fans would arrive in from the four corners of Ireland and pack out along the two sides of the pitch. The clubhouse would sell 10 times more Tayto than pints on nights of the big Irish games.

END_OF_DOCUMENT_TOKEN_TO_BE_REPLACED

Higgins' parents, Bernard and Iris, have been huge inspirations for the Ireland Sevens star, who recently made her first three appearances for the 15s side. Higgins is taking time out of her sociology and history studies, today, to promote the IRFU and Canterbury's 'Give It A Try' programme and recounting her less that straightforward path towards representing her country.

"I went to Gaelscoil Naomh Pádraig, in primary, and Coláiste Cois Lifé for secondary - the Irish schools in Lucan," says Higgins.

"There was no rugby. When I was leaving, there started to be a bit of a small team, but I'm not sure if they still have it now.

"My brother went to Barnhall and he played there - that was the closest rugby club. He ended up going to secondary school and was no longer player with the club. I saw the kit at home, apparently, and we were watching the Six Nations. I ended up asking if I could go down to training that weekend, which frightened my mother. But I haven't looked back since."

Higgins may not have looked back, but staying the course in rugby often required looking around corners, and refusing to be knocked back.

END_OF_DOCUMENT_TOKEN_TO_BE_REPLACED

"The amount of times I've gone in to say goodnight to my parents, at night, and my dad would give me a little speech, about focusing on myself and little inspirational things. I don't think he realised it at the time, but they definitely stuck with me. I can always go to him for a chat."

From the age of 16, Higgins' raw talent and pace saw her recognised as a Sevens star of the future. She was still in Coláiste Cois Lifé when she started travelling on the Sevens circuit and heading to spots like Dubai and Australia four tournaments.

Bernard and Iris would follow, whenever and wherever they could, and share in the remarkable journey of their daughter.

"My parents were the ones that dropped me off and picked me up for training and matches, every week. Mum would drop me off for training on the Saturday morning and they'd both come to the matches on Sundays.

"The positives about Give It A Try is that it's giving girls an opportunity to play rugby in clubs, and will hopefully see these clubs having girls teams. In my experience, my dad had to send emails to clubs all around Dublin and the province to see what teams had girls teams playing. If it wasn't for my dad and mum knowing how much I loved this sport, who knows if I would have kept playing through my youth.

"They've been there for every single step, even coming along with the Ireland Development team I was with in Dubai, when I was 17. Dad and my brother came with me. They love travelling around with me and supporting us all." 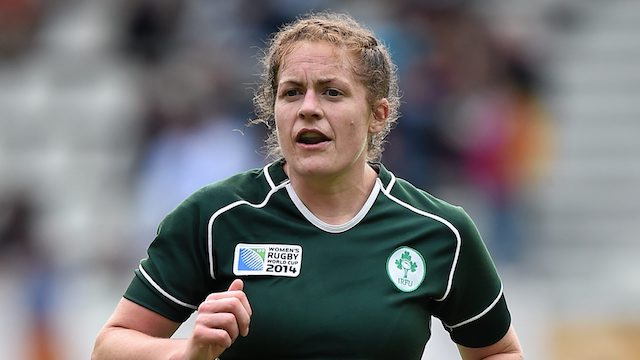 While Bernard Higgins was there with his daughter to see Ireland clinch a Six Nations Grand Slam, in 2013, Eve's aunt went further still by getting her a meet and greet with her rugby idol.

"He would bring me," she adds, "on Friday nights to Ashbourne to see the women play. Fiona Coghlan was the captain, at the time, and I really looked up to her. There was a picture that went around [of me with Fiona] and I was lucky enough that my aunt played in the same school as her.

"So, one day after school, she picked me up and brought me over the road, in Lucan, to meet her. It's no lie, I looked up to her, growing up, and to see them winning the Grand Slam was great."

Coghlan, she says, has been a great source of support and guidance ever since she broke into the Irish set-up. Earlier this month, she achieved what the former Ireland captain did by lining out for the senior Sevens and 15s team.

The medium term future - as much as one can have a clear plan in these turbulent times - is to keep progressing with Ireland - Sevens and 15s - and a criminology course in UCD, in September.

The Sevens circuit will hopefully resume later this year, too, and Higgins is confident she can continue to juggle rugby and studies, as she has in the past. There is also a World Cup to help Ireland qualify for, this summer.

The path was not always crystal clear, ahead, but it always was in her mind. Eve Higgins is exactly where she is meant to be. 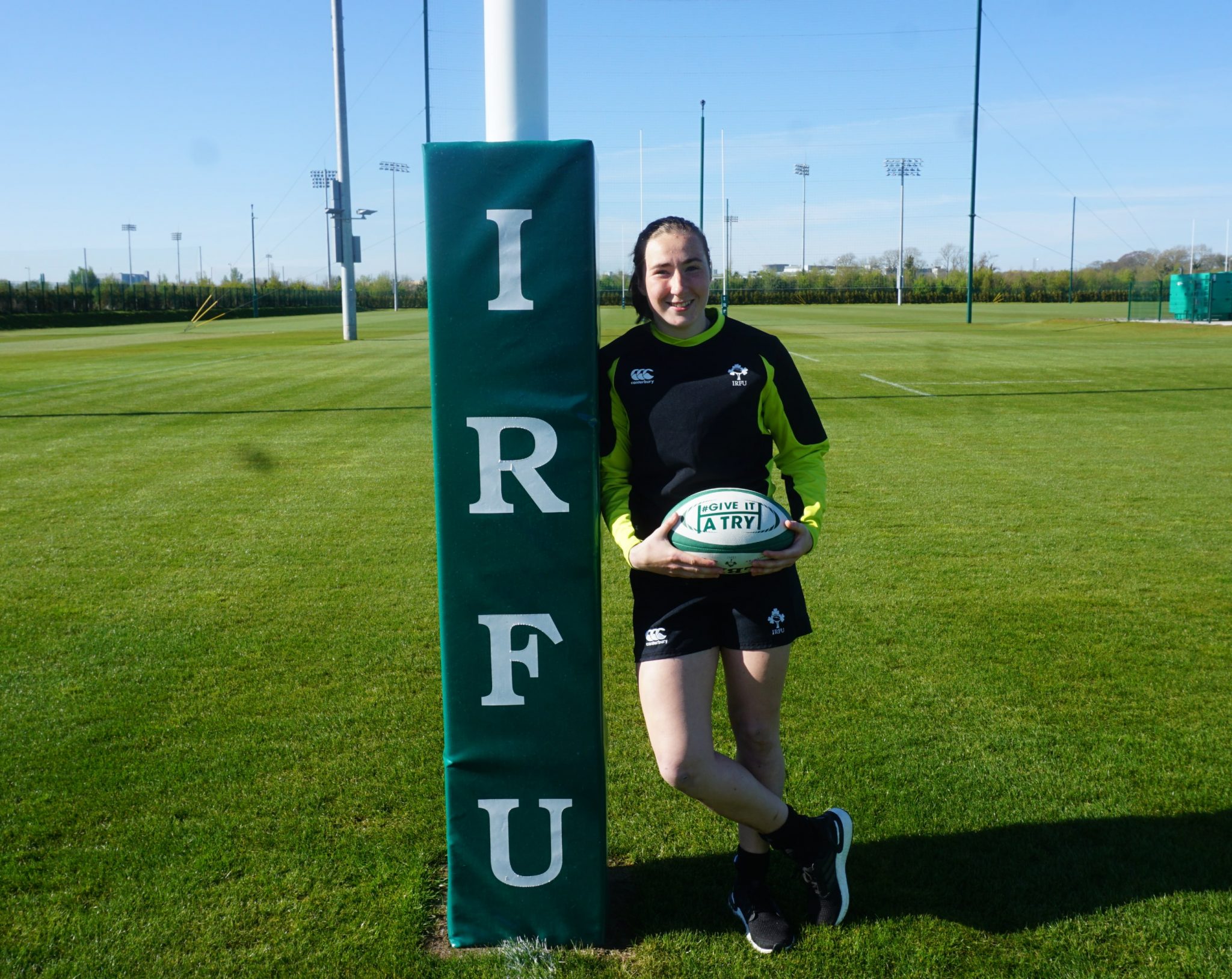 Canterbury and the IRFU have launched this year’s nationwide Give It A Try programme - a rugby programme for girls aged 8 to 14 to learn how to play rugby in a safe and fun environment. Clubs can register at http://www.irishrugby.ie/giveitatry


popular
Roy Keane handled Gary Neville’s goal celebration as most Irish fans would
Roy Keane cracks up ITV pundits with description of Senegal supporters
World Cup 2022 Day 15: All the major action and talking points
Damien Duff makes 'brutally honest' England World Cup prediction after Wales win
France demand FIFA change result of World Cup defeat over 'rule break'
From Ireland to Argentina: Alexis Mac Allister's Irish roots explained
Ronaldo finally reveals why he got that hideous haircut
You may also like
1 week ago
"Two Irish players are best in the world" - Rugby reacts to big Josh van der Flier and Terry Kennedy awards
2 weeks ago
Two baffling omissions as four Ireland stars make World Rugby 'Dream Team' of the Year
2 weeks ago
Josh van der Flier claims World Rugby Player of the Year at Monaco ceremony
2 weeks ago
"Highlight of my Ireland career" - Behind the scenes as Jack Crowley and Ross Byrne covered for a legend
2 weeks ago
Bundee Aki reminded us all of his best qualities, on a night Ireland couldn't do without him
2 weeks ago
Peter O'Mahony delivered some fitting Jack Crowley comments after surprise Test start
Next Page