That was the reaction of one English rugby scribe as a colleague asked if he felt Leinster outhalf Johnny Sexton was targeted by Saracens players.

Sexton played 68 minutes of his side's 30-19 Champions Cup quarter final win over Sarries and came in for some close attention. He always does, and he is well used to a fair share of punishment.

END_OF_DOCUMENT_TOKEN_TO_BE_REPLACED

Saracens sensibly went to shut Sexton down but, on a couple of occasions, arrived too late and too heavy. Leinster head coach Leo Cullen said the English outfit "aggressively targeted" his No.10 but that claim was later denied by Saracens director of rugby Mark McCall.

The four clear hits absorbed by Sexton, in the first half, were discussed on The Hard Yards, from 29:00 below, with the Richard Wigglesworth's clumsy barge described as 'the worst of the lot'. 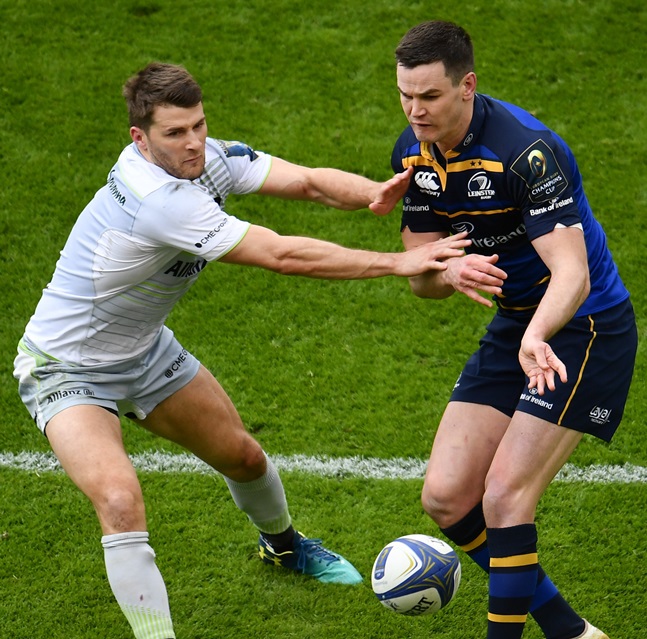 "You go into the game, from a Saracens point of view," observed for Munster centre James Downey, "and Sexton is the main player.

"You're going to target him; you're going to go for him. It's the nature of the sport. You're not going out to take him out but you'll be looking to make him work.

"The easiest thing for Johnny would be to not take it up to the line and change his game - the way the Sarries defence was pushing so hard. He could drop a little deeper but then he'd be no threat so they've gotten into his head."

END_OF_DOCUMENT_TOKEN_TO_BE_REPLACED

It looked as though Sexton may have been slightly rattled, minutes before half-time, when he gave away a penalty for petulantly kicking a ball away before Saracens could restart from the halfway line. He regained his composure in the second half and landed a 48-metre penalty and a simple conversion after Dan Leavy's try.

In the media room, following the game, it was almost as if rugby writers from Ireland and England were covering two different events. 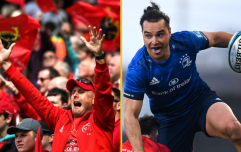 END_OF_DOCUMENT_TOKEN_TO_BE_REPLACED

While many of the Irish contingent noted the rough treatment of Sexton, and Cullen's comments, their English counterparts argued aloud that it was a non-story. Outhalf gets run at in as big game, they proclaimed, big deal.

Reading press and online reports from outlets across the Irish Sea, some have mentioned Sexton vs. Saracens while others have ignored the incidents completely. In The Telegraph, Dan Schofield is quite even-handed about the matter. He writes:

'Maro Itoje was certainly making his presence felt, depositing Devin Toner on to his back side and then catching Sexton, marginally late. This, of course, drew howls of protest from the majority inside the Aviva Stadium who view the Ireland fly-half as a protected species.

'They had slightly more legitimacy to their grievances when Sexton was body-checked by Richard Wigglesworth, an offence that drew a penalty but surprisingly no yellow card.'

If Wigglesworth's actions merited a trip to the sin bin, and we feel they did, then it is definitely worth discussing in post-match reports and reaction pieces.

This, again, harks back to the impression by some in England that Ireland's half-backs often complain and play-act too much. This was an opinion voiced after Leinster's win over Saracens and, last month, when Ireland won at Twickenham against England.

"That's my only problem with the Irish team," former England star Austin Healey declared, "brilliant side, great players across the field - but there was an awful lot of playacting going on."

Sore winners or sore losers. It's hard to tell.


popular
Gearoid Hegarty's harsh red card leads to a heated debate in The Sunday Game studio
French media rave about Caelan Doris and 'Playstation rugby' from Leinster
Austin Gleeson sent off as Seamus Harnedy stands up again with an absolute stormer
Liverpool and Chelsea fans go viral after bizarre FA Cup final confrontation
Somehow, we all may have underestimated Johnny Sexton
Erik ten Hag terminates contract with Ajax early to start work at Man United
Jamie Carragher admits Sadio Mane tweet from 2016 'hasn't aged well'
You may also like
5 days ago
"We’ve been led by the experts" - James Ryan ready to rock against Toulouse
6 days ago
Stuart Barnes believes Jamison Gibson Park 'best No 9 in this hemisphere' right now
6 days ago
Josh van der Flier proving why Lions snub was so baffling in every single outing
1 week ago
"Johnny Sexton has achieved pretty much everything... he's someone I fully respect"
2 weeks ago
8 Irish players we're trying our hardest not to get too excited about
2 weeks ago
URC chief explains why Irish Interprovincial Championship was not revived
Next Page