They are the first England team in the professional era to have gone unbeaten from January to December.

This was their fourth victory over the Wallabies this year, their 13th victory of 2016 and their 14th victory in a row (England beat Uruguay in their final group match of the 2015 world cup).

Who can stop them in 2017? pic.twitter.com/fNOhgUN3VJ

Don't get us wrong, England have been incredibly impressive under Jones but we feel that the English fans are getting ahead of themselves a little bit.

The English faithful only had one team in their sights as they began to bask in the glow of an unbeaten 2016.

What a season for #England rugby. Congrats to Eddie Jones and team. A serious, consistent challenger to @AllBlacks has emerged.

Hold on a second, a serious challenger to the All Blacks? We think we remember a certain team in green recently ending the All Blacks record 18 Test winning streak. Not to mention going toe-to-toe with them two weeks later.

What a second half by England. Unbeaten in 2016, reckon we're ready to take on the All Blacks #EngvAus

One problem there though - England are not scheduled to play the All Blacks until the summer of 2018.

In fact, England will have to face Ireland twice before they get to play the All Blacks. 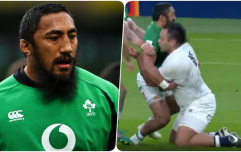 END_OF_DOCUMENT_TOKEN_TO_BE_REPLACED

We don't like to blow our own trumpets here at SportsJOE but we definitely think that Ireland should be mentioned in the same breath as New Zealand when it comes to measuring how far this English side has come.

The Sky Sports hype-machine had already been put into overdrive. During the post-match coverage, Clive Woodward, Johnny Wilkinson and Will Greenwood couldn't hide their excitement and admiration for what was their 'perfect year'. 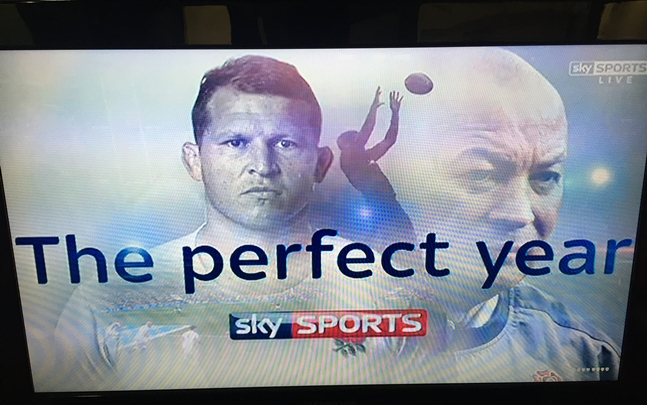 With the Six Nations just two months away, we can't help but be excited about a potential Grand Slam decider against England at the Aviva Stadium.

As if this fixture needed any more spice, England could potentially go into that fixture with 17 wins in a row under their belt.

If they beat Ireland on that day, they will beat New Zealand's 18 Test winning streak.

But we're well used to ending other teams' records now aren't we?


popular
Brendan Ó Dufaigh gives a powerful interview on an emotional night in Ulster
Jamaica teammates are as frosty after Thompson-Herah's history-making 100m win
Full player ratings as South Africa leave Lions battered, bruised and beaten
Paul O'Donovan busts the cliches and leaves the mystery behind him in one more emphatic interview
Cheslin Kolbe somehow avoids red card after leaving Conor Murray in awful heap
Warren Gatland gives his take on that dangerous challenge on Conor Murray
McIlroy and Lowry right in the mix for Olympic gold in Tokyo
You may also like
1 week ago
Marcus Rashford hits back at claims he "benefits commercially" from charity work
1 week ago
Police release images of men wanted in connection to Euro 2020 final chaos
2 weeks ago
Footage surfaces of Southgate asking Rashford, Saka and Sancho to take their penalties
2 weeks ago
Italian restaurant smashed up by 'mindless idiots' after Euro 2020 final
2 weeks ago
England fans out-do themselves as petition for Italy rematch reaches 125,000 signatures
2 weeks ago
What these people did to the vandalised Marcus Rashford mural was just beautiful
Next Page