The England stars in biggest danger of missing Lions Tour

"So much for the Saracens contingent."

In May 2019, at St James' Park in Newcastle, Saracens paraded their third European Cup around the pitch and posed for photos as Leinster players sloped off the pitch.

The dominance of the English side was so complete, in the second half, that Leinster were not only running into brick walls. The wall was hitting back.

END_OF_DOCUMENT_TOKEN_TO_BE_REPLACED

Billy Vunipola's match-clinching try saw him peel off a Saracens scrum and bullock through Rhys Ruddock, Johnny Sexton, Luke McGrath AND James Lowe to get the ball down. It was as emphatic as you can get.

Even last season, with Saracens doomed to Premiership relegation [they'll be back for 2021/22], the English side were able to smoke Leinster at the Aviva Stadium in a Champions Cup quarter final upset.

That was just over six months ago and, that day, you would have bet on at least six of that Sarries side being in the 2021 Lions squad. For Leinster, you may have felt confident about only two - Robbie Henshaw and James Ryan.

Fast forward to April 2021 and those numbers could be flipped on their head - Six (or more) for Leinster while Saracens could have only two.

On the latest House of Rugby Ireland episode [LISTEN from 28:30 below] Tendai Mtawawira and former Ireland prop Mike Ross discussed the Lions front row for the Test Series, and no Saracens forwards made the cut. 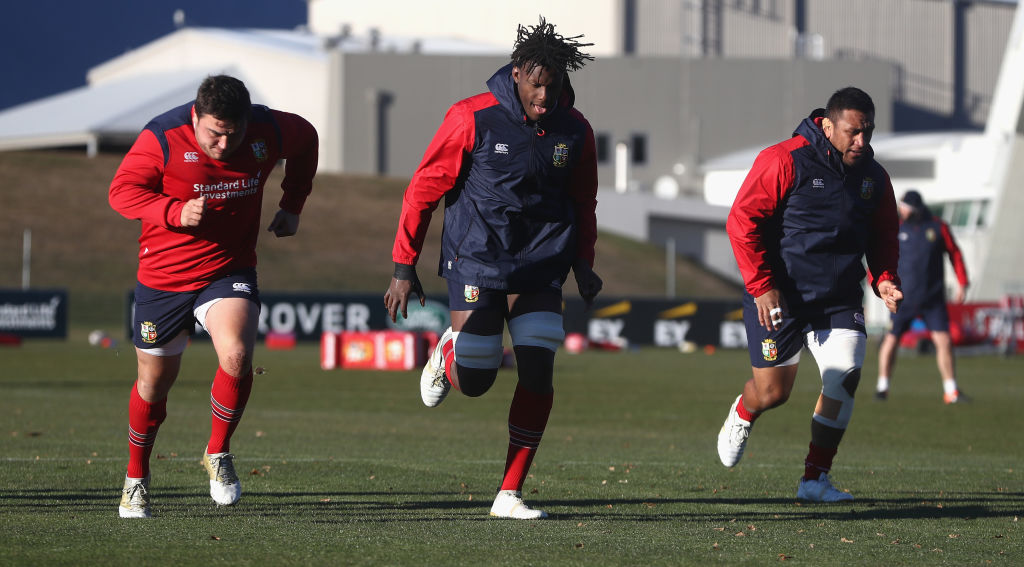 END_OF_DOCUMENT_TOKEN_TO_BE_REPLACED

Ross went for Cian Healy, Ken Owens and Tadhg Furlong as his front row, with Wyn Jones, Luke Cowan-Dickie and Kyle Sinckler backing them up. There was no place for Saracens and England's Mako Vunipola and Jamie George.

It was a similar rough ride for the Sarries boys in Stuart Barnes' latest Sunday Times column. While he feels Maro Itoje will definitely travel and Owen Farrell is 'a near certainty', Barnes argues that George, Mako and Billy Vunipola and Elliot Daly are all up against it. "So much for the Saracens contingent," he notes.

In is interesting to see how quickly the tide has shifted. Ahead of the 2021 Six Nations, the BBC's Rugby Union Weekly show tasked host Chris Jones and former England stars Ugo Monye and Chris Ashton with selecting a Lions XV for the Test Series.

Their selection had four Saracens starters. None could confidently claim they would start that First Test against the Springboks now, although Maro Itoje is the best shout.

The players highlighted in bold (below) are the ones that made their fans' XV after the Six Nations championship concluded.

Only five players remain consistent between that experts' team and the XV selected by the show's listeners, which had six players from 2021 champions.

So, added to those four Saracens players previously mentioned, we know have major question marks over Jonny May and Ben Youngs. Manu Tuilagi and Sam Underhill are doubts as they have missed the entire championship, but we now have a much bleaker English picture.

With no English sides in the last four of the Champions Cup, several players may be relying on past glories, for England and the Lions, to get them a place on the plane to South Africa.