England refuse to budge and stand up to the Haka

England were up for it.

Oh they were wired to the moon. 12 years since their last final. 16 years since they last lifted the Webb Ellis trophy. They think it's too long and they think this is the team to bridge the gap.

They showed it against Australia. The Wallabies never stood a chance in that quarter final, England bullied them out of it and it was onto the next one.

The big one. The All Blacks. New Zealand had beaten England in all of their last six meetings but this England team have their dander up and they felt this, the World Cup semi-final, was the day for it.

First statement - stand up to the Haka. England weren't going to step back and admire. They actually took a step forward and crossed the half-way line like they're not supposed to do, and according to the scowl on Luke Cowan Dickie's face, they weren't about to step back either. 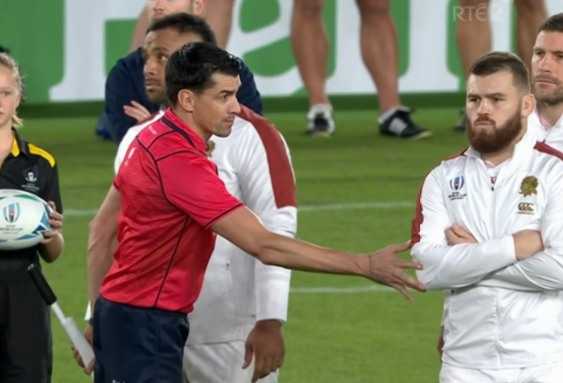 Cowan Dickie stood his ground. England stood their ground and they formed a victory V in front of the All Blacks' Haka. 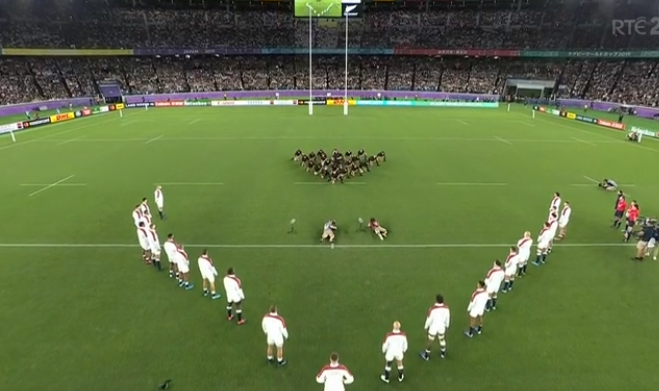 "What an outstanding start to the game, and it hasn't even kicked off!!"

A huge ovation from the 72,000 crowd at #RWCYokohama for the New Zealand haka ahead of today's #RWC2019 semi-final against England.#ENGvNZL pic.twitter.com/fND0ozgfo8

And the game itself wasn't bad either. England began like men possessed and they had the All Blacks rattled by an early try.


popular
The SportsJOE 12 o'clock quiz | Day 108
QUIZ: Name the country these football teams play in
Na Piarsaigh's coaching set-up a juvenile's dream
QUIZ: Name every player that's scored three or more Premier League hat-tricks
QUIZ: Can you name all of these 1990s GAA stars?
The SportsJOE 12 o'clock quiz | Day 107
Can you name every English football club that begins with 'B'?