"Wouldn’t make many predicted Lions squads but Gatland could do a lot worse."

So said The Guardian after Keith Earls delivered the goods for Ireland, yet again. Not everyone was as convinced, however.

A round-up of the English press' ratings for Ireland's players, after Andy Farrell's side won 32-18 at the Aviva Stadium, sees four of the major outlets agreeing on two stand-out performers. Step up Robbie Henshaw [9/10 all round] and Tadhg Beirne [a mix of 8s and 9s].

Those high scores tally with our Ireland player ratings from the game, with the likes of Iain Henderson and Tadhg Furlong also getting kudos.

Every Ireland played scores well - across the outlets' ratings - except for Dave Kilcoyne, who left the game early with a head injury and the man who was sent off with 15 minutes to play, Bundee Aki.

It is interesting to take a look at the various takes on Earls. While Sky Sports and Planet Rugby praised the Munster winger's "opportunistic try" [it was a pre-ordained move from Irish, but we'll let it slide], The Independent noted that he 'struggled under high ball in the opening stages of the match' but still awarded him 8/10.

While Sky awarded Earls 7/10, Gerard Meagher was much more effusive in The Guardian. On Ireland's opener, he declared:

'A superb finish, leaving May with twisted blood.'

Cian Healy scored well across most boards but one outlet only gave him 6/10 despite his 60 minutes of hard graft after replacing Kilcoyne. The scores for Conor Murray are all over the map.

While The Guardian said the Munster man was 'assured at scrum-half and brought great variety' and awarded him 9/10, The Independent argued that he 'wasn’t up to his usual standards' and only saw fit to give him 6/10.

On the latest episode of House of Rugby Ireland [LISTEN from 21:00 below], Ian Madigan and Fergus McFadden backed Murray to make a push for his third Lions tour if he can keep logging good performances for Munster. 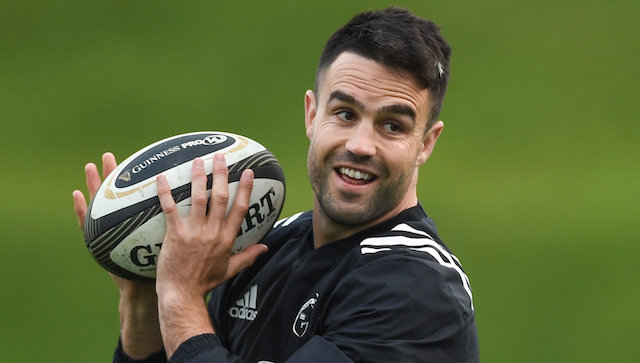 The ratings, meanwhile, for England's beaten stars were unforgiving.

The toughest ratings were meted out by The Daily Mail, with five of their starting XV getting 4/10 marks. They included Billy Vunipola, Anthony Watson, Elliot Daly, Billy Vunipola and George Ford.

Their writer, Adam Hathaway, noted now Ford was 'outshone by Johnny Sexton' while Mako Vunipola was 'hooked off at half-time' after conceding three scrum penalties and getting on the wrong side of French referee Mathieu Raynal.

The Guardian gave out four 4/10 marks to England's starting XV, including one for captain Owen Farrell, while also scoring Mako Vunipola 3/10.


popular
Jake Paul set upon by Floyd Mayweather and security staff after confrontation
The Garry Ringrose narrative around the Lions Tour is complete bull
South African media shocked by Lions omissions of Sexton and Ryan
"Sadly at this point in time, it's Johnny" - Why Sexton missed Lions spot
'Jesus Christ! How am I going to put up with this lad for nine weeks?!'
You'd swear the world was ending as Spanish tv host goes after Eden Hazard
The biggest Lions head-scratchers as Warren Gatland surprises us all
You may also like
2 days ago
James Ryan and Iain Henderson may be fighting for one Lions spot
1 week ago
Tadhg Furlong declared 'single most important player for Lions touring party'
1 week ago
"It's going to be the biggest thing in this person's life, ever" - Rory Best reveals his Lions captain pick
1 week ago
When Gordon D'Arcy brought a coffee to a Joe Schmidt walk-through
1 week ago
Full Ireland ratings as Murphy-Crowe and Flood make the difference
2 weeks ago
Cliodhna Moloney's commendable attitude after Ireland's bumpy landing
Next Page