Six games into the new Premiership season and Leicester are sitting pretty. Led by recently appointed captain Ellis Genge, the Tigers are six wins from six and have picked up three bonus points along the way.

The past few seasons have been tumultuous for the former kingpins of English rugby, but they started clicking near the end of last season - reaching a Challenge Cup Final - and have kicked on again in 2021/22.

END_OF_DOCUMENT_TOKEN_TO_BE_REPLACED

It is early days yet, of course, but Leicester are playing with some steel. They recently defeated Saracens in a nail-biter and, on Saturday, welcomed Sale Sharks to Welford Road.

Ahead of the game, and during the first half, the person running Sale's Twitter account was flying on over-confidence and fizzy drinks. Sharks like coming at social media like the bad boy outsiders, so the posts were not far off their usual content.

Genge, though, had been paying close attention before the game and made sure to check in after Tigers, inspired by Jasper Wiese, George Ford and Ireland U20 centre Dan Kelly, won 18-11.

END_OF_DOCUMENT_TOKEN_TO_BE_REPLACED

Genge got into it, early in the match, with England teammate Tom Curry after a Sale attack broke down inside the Leicester 22.

The pair had a difference of opinions, to put it mildly, and went head-to-head before a couple of Genge's Leicester teammates intervened. 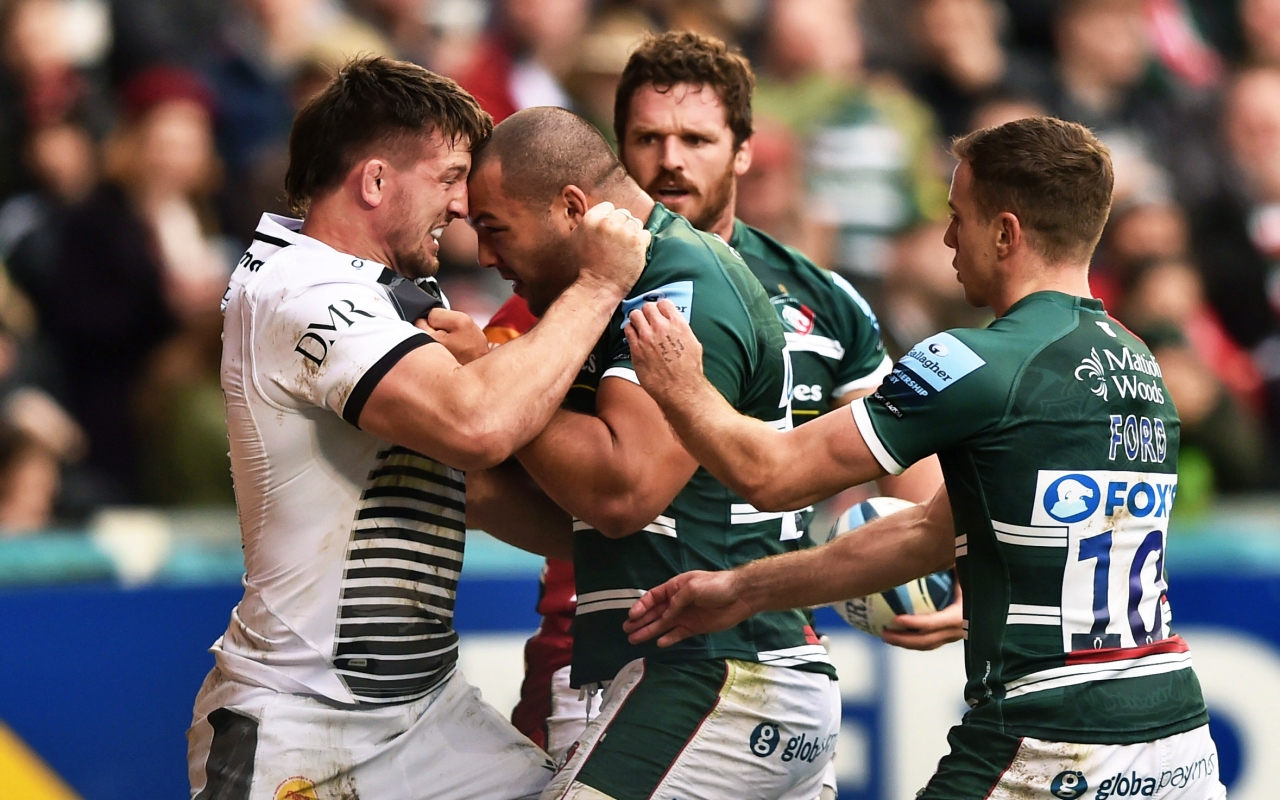 END_OF_DOCUMENT_TOKEN_TO_BE_REPLACED

While the Sharks account claimed that Curry had successfully got under the skin of Genge - they were not far off - the Leicester captain saw the ends justifying the means as his side emerged victorious.

You certainly would not see many other club, or Test, captains being so... engaging on social media after a big game.

This is why Ellis Genge is such a popular and polarising figure at the same time. While many love his antics and him speaking his mind, others would argue that it is best to leave the squabbles on the pitch and forget them at full-time.

One thing is for sure, the return match between both sides will be a compelling watch.


popular
Kieran McGeeney on the defensive after post-match questions on brawl
Damien Comer targeted in brutal, chaotic Armagh and Galway brawl
Conor Gleeson's gesture to heartbroken Ethan Rafferty a tonic after sideline brawl
Roy Keane makes good on bet after seeing Cork fall to Dublin
Shane McGuigan does a 'Sueey' Cristiano Ronaldo would be proud of after winning MOTM
Erik ten Hag 'orders specific grass measurements' and strict eating plan
"That bit of a fracas nearly woke us back up again" - McDaid never doubted his boys in the shoot-out
You may also like
5 days ago
"The world came crashing down around me, at that time" - Cian Prendergast
5 days ago
Stormers' Hacjivah Dayimani still celebrating URC triumph in full kit, four days later
5 days ago
"Brave" Harry Byrne backed to lay down World Cup marker in New Zealand
6 days ago
"It's pathetic!" - Romain Ntamack defended after changing room footage criticised
6 days ago
"I just remember the room erupting!" - Nick McCarthy on coming out to his Leinster teammates
6 days ago
Danny Care and Billy Vunipola make 36-man England squad for Australia
Next Page