Ireland Women gunning for Triple Crown of their own

Two wins from two and another Irish team buoyed by improving performances as they gear up for a huge test against England.

The Six Nations start of Ireland Women has mirrored that of their male counterparts - a close-run slog against the Scots and serious improvement in a big win over Wales. Next up are England, though, and with it the stakes are considerably raised.

Fullback Eimear Considine admits Ireland, as they have been in the U20 and men's championships, were fortunate to get in two home games before they went on the road to England.

"We had to grind it out against Scotland and even though we won, some people were disappointed with how we played and how close Scotland were. That was changed around, last weekend, with a really good performance and a bonus try win in really bad conditions."

The Clare native says that win over Wales really was a game of two halves - "blue skies and a gorgeous day for rugby" in the first and then heavy hailstorms and fierce winds after the break.

"The TV camera couldn't pick up just how bad the hail-stones were but they were right in my face. I was there thinking, 'I know that they're going to kick it right down on top of me and I can hardly see a thing'. Sure enough, they did but I let it bounce so I wouldn't risk dropping it. It was tough but we changed how we played and brought our passes in tighter."

Once that hail-storm passed, Ireland finished strongly and got the bonus point by putting the Welsh scrum under huge pressure until forcing a penalty try in the closing stages. Considine can understand why the Welsh players were not too talkative after the game - with their changing rooms not having hot water for showers - but she wishes some more of post-match focus was on how well Ireland played.

END_OF_DOCUMENT_TOKEN_TO_BE_REPLACED

Considine, who was chatting with us at the launch of a TYF schools mental wellbeing programme, and her teammates are next up against a fearsome England side at Castle Park, Doncaster on Sunday afternoon. Wins over the English are rare and a lot will have to go right for Adam Griggs' side to upset the apple cart. 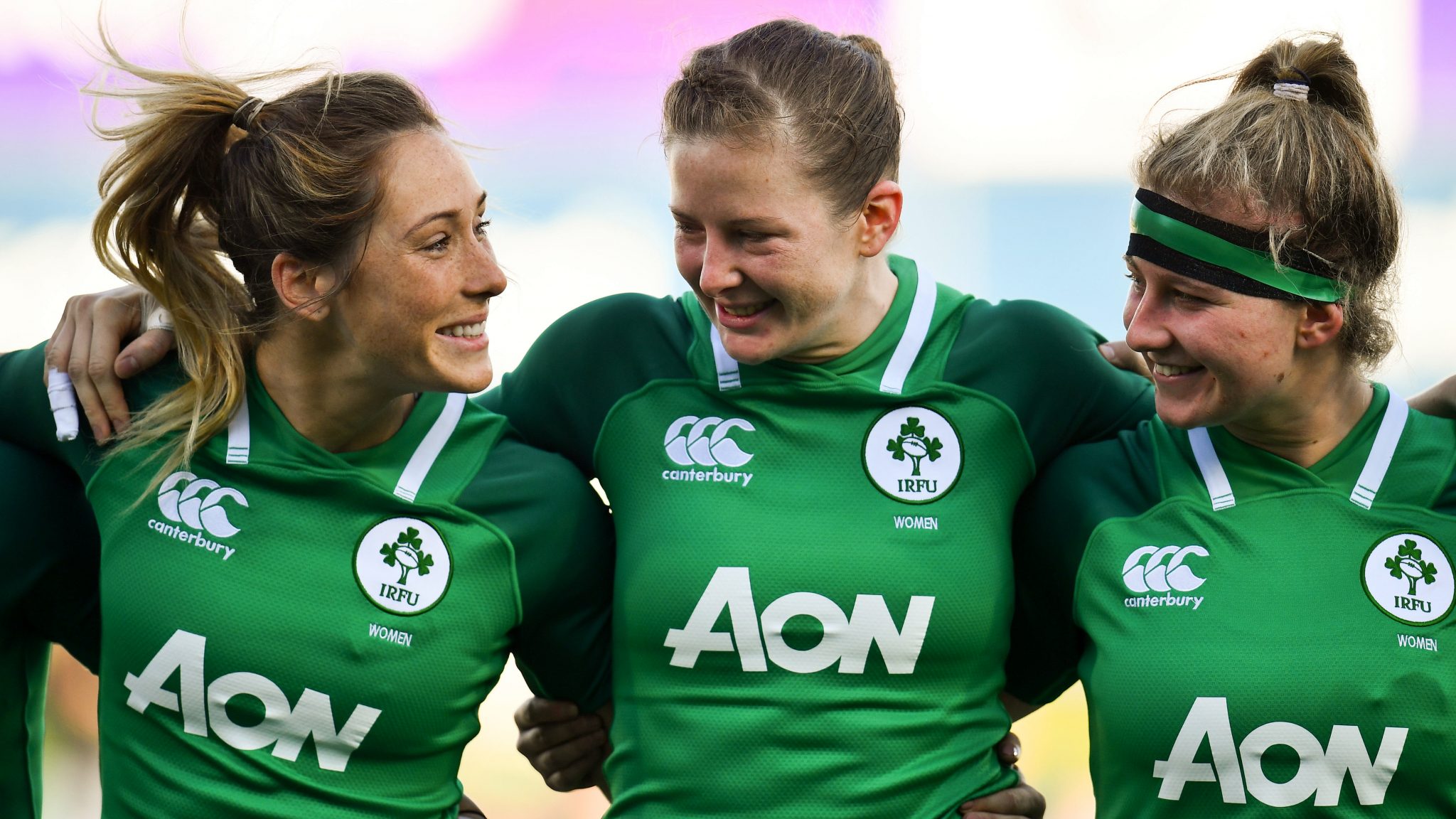 A big difference to Ireland this year, as opposed to last, is the strength of their bench. There is a mix of up-and-coming talent, such as Dorothy Wall, with the experienced likes of Nicole Cronin and Larissa Muldoon.

END_OF_DOCUMENT_TOKEN_TO_BE_REPLACED

In Beibhinn Parsons, Ireland are without one of those emerging stars for the remainder of the championship. As the 18-year-old winger turns her focus to Leaving Cert exams, Considine is in little doubt she has a long future ahead in the green jersey.

"She made her debut with us at 17 and has come on so much in the last year," she says. "Beibhinn is a phenomenal athlete and we're so lucky to have her. She got so much hype for those tries, and rightly so."

Parsons was always likely to have only a fleeting involvement in Ireland's championship, due to her school commitments, but she has given Considine and the rest of her teammates a strong platform. England will take some beating but Ireland will fancy giving them a stern test in Doncaster, where the winner will claim a Triple Crown and take control of the championship.

Ireland have never beaten England in an away fixture but Sunday, February 23rd 2020 would be a fine time to get into the history books. 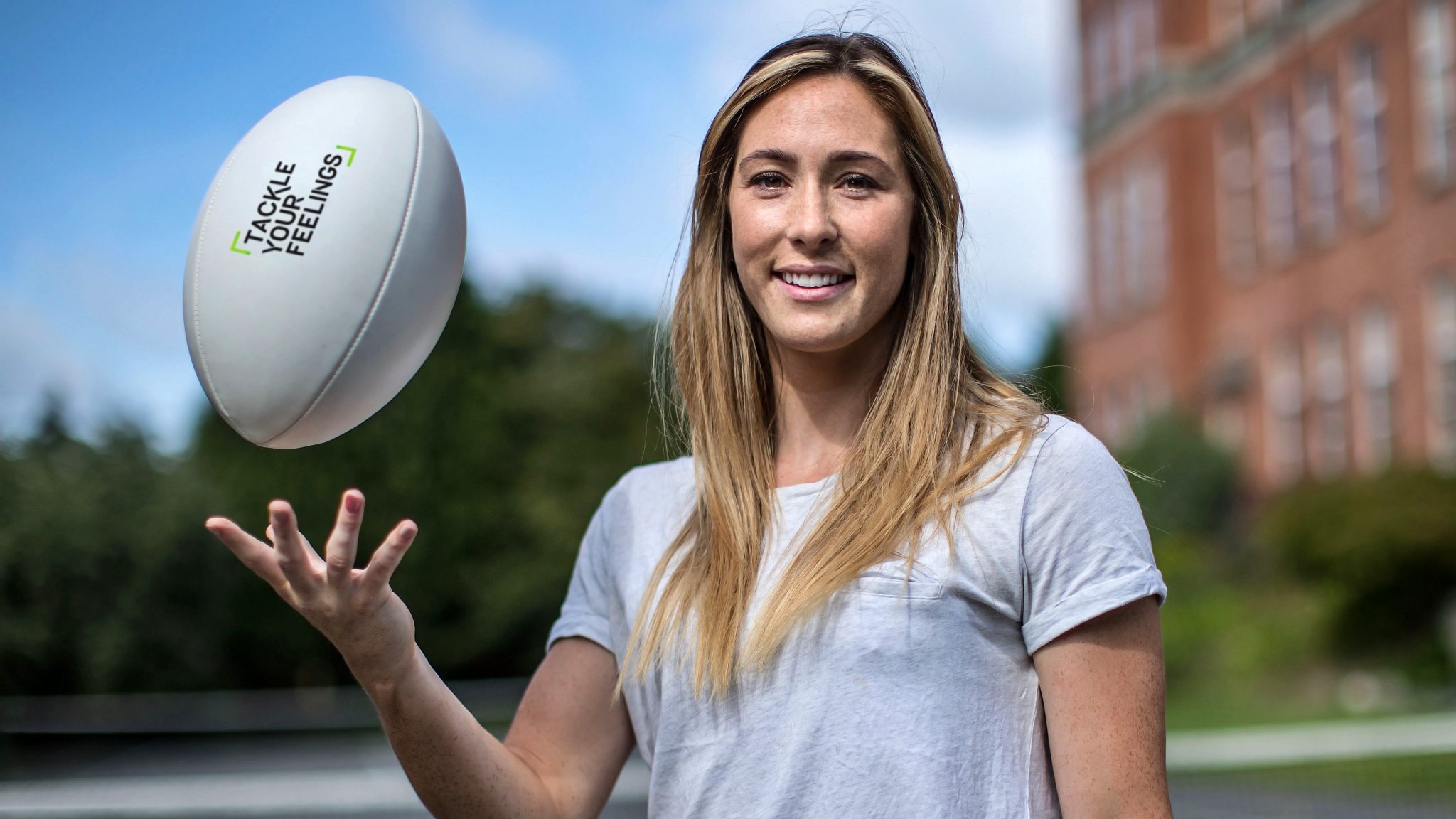 *Eimear Considine is encouraging students to 'Take Control' and proactively care for their mental wellbeing using principles from both sport and positively psychology. The new Tackle Your Feelings pilot programme is being rolled out in multiple schools across the island of Ireland.


popular
Rory McIlroy explains 'falling out' with Shane Lowry that lasted a few years
World Cup Power Rankings: The top eight pundits of the tournament so far
Talksport presenter puts Martin O'Neill to the pin of his collar over Declan Rice and Jack Grealish
'I just became obsessed with football' - Cruciate curse actually a blessing for Sheehan
Roy Keane scores winning goal past Micah Richards in ITV v BBC pundits match
World Cup Power Rankings: The top 10 players at the tournament ahead of the quarter-finals
Ariel Helwani shares Paddy Pimblett WhatsApp messages as spat becomes public
You may also like
8 months ago
Ronan O'Gara on seven Ireland players that have him excited, ahead of New Zealand tour
8 months ago
The Top 20 rugby players in Ireland right now
8 months ago
Marlie Packer grabs super hat-trick as England demolish Scotland
8 months ago
Hugo Keenan's latest achievement is just reward for a player that keeps getting better
8 months ago
Five Irish players make Six Nations 'Best XV' picked by Sean O'Brien and Alex Goode
8 months ago
"My view isn't a popular view - I think Eddie Jones is a very smart coach" - Ronan O'Gara
Next Page