"I didn't plan on playing football at all this year but I ended up coming home from a holiday early and being home for two weeks of championship. And, sure, when you're at home... "

So it goes down in West Clare. When there is a county championship on the horizon and the Considine sisters are in the vicinity, it only makes sense to get on the phone and do some coaxing.

And so it unfolded, last autumn, as Ailish and Eimear Considine helped Kilmihil GAA, their local club to their first ever Clare county championship title.

"It was a great year," she tells us, "and I was wrecked after it all. We [Munster] had just played Ulster the day before in the last inter-pro game and then we played the next day in the county final."

There were few prouder, that day, that Kay Considine, mother to Ailish, Eimear and their older brother Keith. Cyril Considine, and his infectious, GAA-mad presence, was the only thing that was missing.

Back when she was 14, Eimear and Ailish were out for a walk on the beach with Cyril when he suffered a heart attack. The girls were left stunned when their father passed away in front of them. The devastating tragedy threw their life into turmoil. Keith, eight years older than Eimear, was in Australia at the time and Cyril's funeral was delayed several days until he could return home.

"I never really speak about it," Considine says in a new 'Tackle Your Feelings' video, "but it puts life into perspective that, I don't know, you miss a tackle and you think that it's the end of the world, but it genuinely isn't." 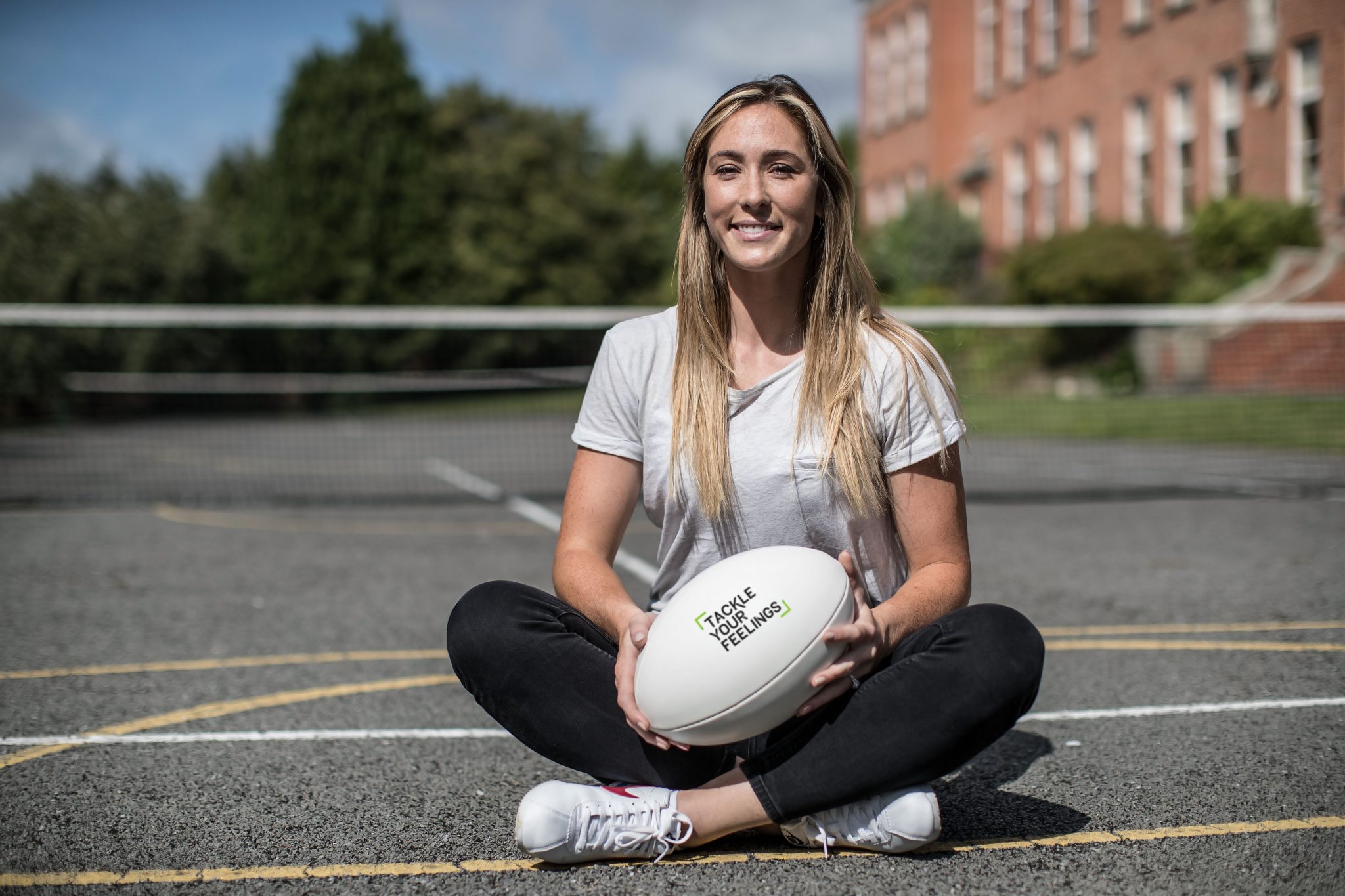 Considine is chatting with us today at the launch of a TYF schools mental wellbeing programme. At 28, she has spent half of her life without her beloved father but his loss is with her every day. She credits the support and understanding of friends, family and teammates with getting her through the toughest of times. Kay, her mum, has been her rock; her inspiration.

"I don't think we realised at the time just how big an ordeal it was. Now, as an adult, you're like, 'God... '. It was really difficult and it happened right in front of us. And Keith was in Australia so he had to come home. That must have been a difficult phone call, and you know how long a flight from Australia is. There is so much that you probably didn't think of at the time and now you're like, 'God, that must have been really, really difficult'.

"Mam put that focus on us, and us being busy, and busy through sport and school and keeping us focused on things. Having a goal in life and a direction in life. She did that really, really well."

Kay gets along to so many of Eimear's Ireland matches and was one of the several thousand that braved Storm Ciara, just over a week ago, when Considine and her teammates defeated Wales 31-12. When Ailish was in the Women's Aussie Rules 'Grand Final', last year, Kay, Keith and Eimear all flew Down Under to cheer her and the Adelaide Crows on.

Considine has started at fullback for both of Ireland's games in this year's championship and is expected to retain the 15 jersey for this weekend's massive encounter with England over in Doncaster.

"There's something that mum says to me before every game. She'll text us - both Ailish and I - and it'll read, 'Be as good as your mother thinks you are'.

"You could have had an awful game and she'll be like, 'No, you did great'. You'll be like, 'Mammy, I had four knock-ons and I was awful'. No, no, no! That's why she says it because, genuinely, whatever we do, she thinks we're great.

"It's great to have someone like that, who you can always go back to and who thinks that, no matter how bad a game was, she's still going to love us." 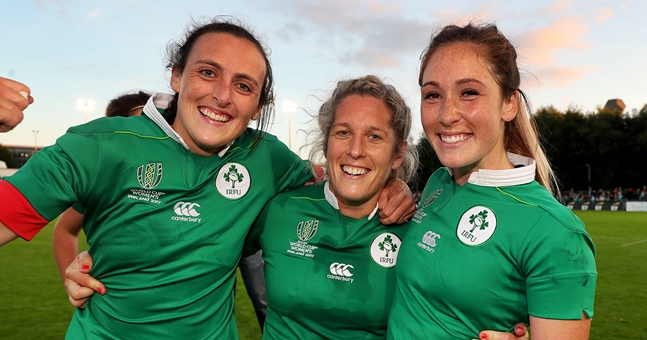 Cyril (football) and Kay (camogie) were the GAA-mad parents in a 'GAA-mad family' and it was Keith, being that good bit older and playing for the local club, that inspired his younger sisters to take up football. It was only when Considine headed up to Dublin, years later, that she got into rugby but she remembers the whole family watching some of Ireland's big Six Nations and World Cup games over the years.

Considine has an All-Ireland Intermediate winners' medal with Clare and has toured the world with Ireland Sevens as well as winning 14 senior caps and playing in a handful of non-Test encounters.

In the past couple of years, aside from her day job as an Irish and P.E secondary school teacher, Considine has proved adept at rugby commentary and punditry. She has worked on TG4, eir Sport and has provided her insights on Baz & Andrew's House of Rugby. It all goes back to what her mother taught herself and her siblings - keeping busy, keep focused and having goals.

"The video (for the campaign) is about a hard time in my life and not so much how it shaped me as a person but why I'm here," she says.

"It's about how I managed myself and how I coped, through the relationships that I had and through sport. Those relationships with my mother and my family. We're a very close family and she put a huge emphasis on sport.

"You realised that an awful thing had happened to us but we just have to take control of what we can control. What we can control is that we can live our life in the best possible way, we can be dedicated and we can train hard. You can take that mind-set into everything we do, whether that is work, school, training.

"That's why I'm here today. To say we can control the controllables and take the good out of a bad situation. Instead of thinking about what you don't have, think about how amazing it is that you play rugby for Ireland and to have such an amazing support network; such a great family, and friends."

Fair play to Irish rugby star @EimearConsidine for speaking out so bravely about the tragic passing of her father and the impact it had on her, and her family.

On the Tackle Your Feelings campaign, in association with Rugby Players Ireland and Zurich Ireland, and the mental wellbeing pilot programmes, Considine says:

"The campaign is about taking control of your feelings and the app is a great way to do it. It's really user friendly, and it's not just about having mental health issues, it's about managing yourself and managing life's daily stresses and struggles.

"You don't have to be down all the time either, with it. Sometimes it's about being grateful or acknowledging the positive relationships in your life and being able to write down two or three things about that. You can log your processes or goals for the week, whether that is self-care, taking time for yourself or trying to get in some extra mindfulness or meditation.

"It's got all the resources in there that, if you're having a down day or a stressful day, you can relate back to that... the app makes it readily available on your phone. You can make notes, take your own journal and it's very personal to you."

In speaking so openly about loss, coping and offering support, Considine is doing herself and her family proud. To Kay, we're sure, that is no surprise.