Springbok star Eben Etzebeth's lockdown workout would break most of us

Eben Etzebeth has been a mountain of a rugby player ever since he took a big stretch at the age of 15, and never looked back.

The Toulon and South Africa lock, who has recently dabbled at blindside flanker in the Top 14, stretches the tape to 6-foot-9 [just over two metres] and weighs 19-stone-5 [123 kgs]. For all that size, he can certainly shift about the park.

During his recent appearance on House of Rugby Ireland, the World Cup winner spoke about the lockdown challenge that kept him in peak condition during some periods, in France, when he was not able to train with his teammates.

"I got this workout programme from my old trainer, who I used to have when I was with The Stormers. He's now with Stade Francais.

"It's a 15-day challenge, with push-ups, pull-ups and all these things. It's quite a tough one, so I must share it with you all." 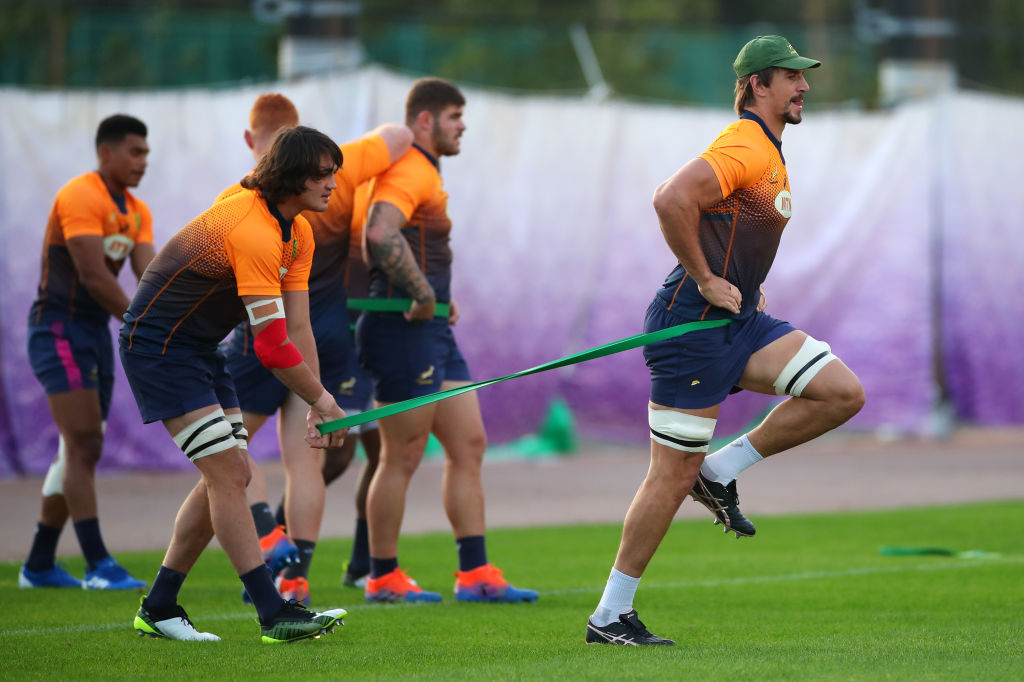 END_OF_DOCUMENT_TOKEN_TO_BE_REPLACED

The 15-day challenge has been devised by Stephan du Toit. He was Head of Strength & Conditioning at The Stormers, in South Africa, for nine years and moved to Paris in 2018 to take up the role of Head of Athletic Performance.

The idea is to ramp up the repetitions each day and finish up doing five times the amount from where you started.

Most of us would even struggle to get through all the reps on Day One - seven different exercises totalling 518 reps. By Day 15, if you make it that far, there are 2,422 reps that include 470 push-ups and 800 calf raises.

No-one ever said it was easy... 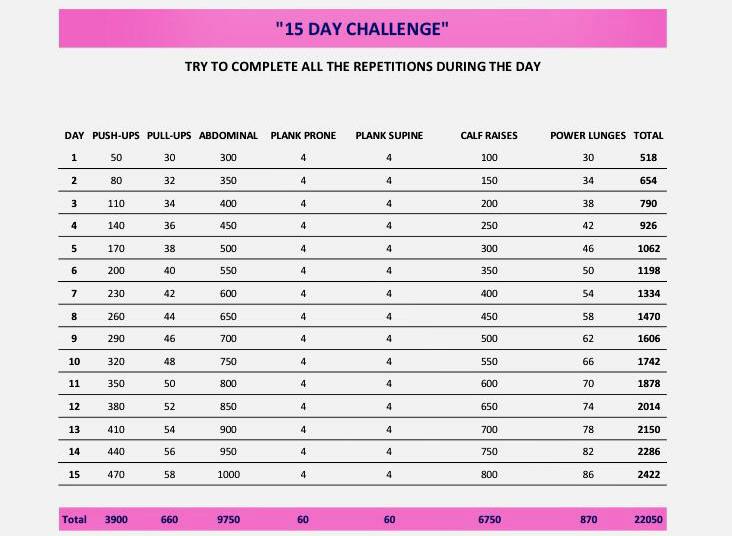 END_OF_DOCUMENT_TOKEN_TO_BE_REPLACED

Etzebeth started off at Hoërskool Tygerberg in the Western Cape and got there on a bursary but says he was in the school's 'B' team all the way up to Under-18 level. It was not until he switched from the backline to lock, and started to fill out, that his rugby fortunes changed.

He made the school's senior year 'A' team, impressed in that and got himself an invitation to Western Province's academy. He stood out at Craven Week - a big underage tournament in South Africa - and his career took off from there.

His Western Province U19 team included the likes of Steven Kitshoff and Siya Kolisi, two men that won the World Cup with Etzebeth in 2019.


popular
Roy Keane handled Gary Neville’s goal celebration as most Irish fans would
Roy Keane cracks up ITV pundits with description of Senegal supporters
World Cup 2022 Day 15: All the major action and talking points
From Ireland to Argentina: Alexis Mac Allister's Irish roots explained
Damien Duff makes 'brutally honest' England World Cup prediction after Wales win
Ronaldo finally reveals why he got that hideous haircut
Shay Given on how far Ireland could've gone at the 2002 World Cup with Roy Keane in the team
You may also like
1 week ago
"Two Irish players are best in the world" - Rugby reacts to big Josh van der Flier and Terry Kennedy awards
2 weeks ago
Two baffling omissions as four Ireland stars make World Rugby 'Dream Team' of the Year
2 weeks ago
Josh van der Flier claims World Rugby Player of the Year at Monaco ceremony
2 weeks ago
"Highlight of my Ireland career" - Behind the scenes as Jack Crowley and Ross Byrne covered for a legend
2 weeks ago
Bundee Aki reminded us all of his best qualities, on a night Ireland couldn't do without him
2 weeks ago
Peter O'Mahony delivered some fitting Jack Crowley comments after surprise Test start
Next Page