Earlier this year, Andrew Trimble was looking back on his Ireland debut against Australia, in November 2005, when he stepped into the No.13 jersey vacated by the injured Brian O'Driscoll.

Going well for an Ulster side that would go on to win the Celtic League title that season, Trimble was highly touted as a long-term fixture in the Irish backline. He could play on either wing but was also handy at outside centre.

With the Wallabies in town, and partnered by Gordon D'Arcy in midfield, Trimble and Ireland got off to a decent started but another young back would steal the show. Drew Mitchell was in his first year of Test rugby and had already scored four tries in eight games when he arrived at Lansdowne Road.

Trimble recalled getting torched by the young Reds winger in the second half, so much so that he was forced into a desperation ankle-tap attempt.

"I went neck and neck for 10, 15, 20 metres and it was like, 'Ahh naw! I'm never getting him!'"@andrew_trimble on nearly, NEARLY stopping @drew_mitchell get a try on his @IrishRugby debut

There was no catching Mitchell that day and he went on to score 34 tries in his 71 games for Australia. He can still remember the x-rated half-time advice that his old coach Eddie Jones gave to him during that 30-14 win over Ireland.

The former Toulon and Wallabies winger joined Andrew Trimble and Barry Murphy for the latest episode of Baz & Andrew's House of Rugby and recalled his one and only Test appearance at Lansdowne Road. 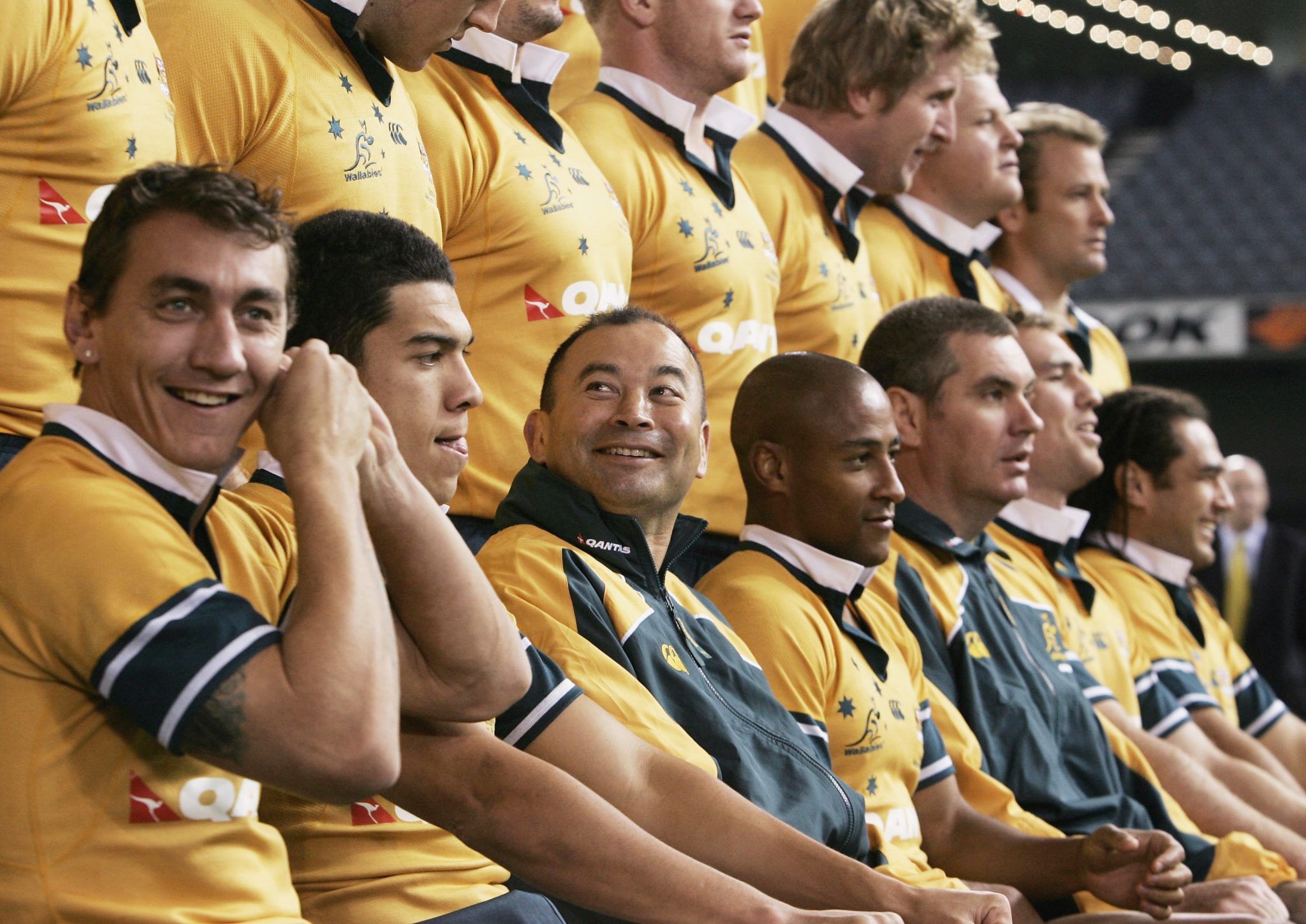 END_OF_DOCUMENT_TOKEN_TO_BE_REPLACED

Jones got the Australia head coach gig in 2001, helped no end by leading Australia A to a victory over the touring British & Irish Lions side earlier that year.

His tenure started brightly with a 2001 Tri Nations win and he led theWallabies to a World Cup final, on home turf, in 2003 only to fall to a Jonny Wilkinson-inspired England. The wheels started to come off in 2005, however, and many back in Australia saw the end-of-season tour to Europe as a last chance for Jones to salvage his coaching career with them.

The tour went badly, however, and there were defeats to France and England before the Wallabies headed to Dublin. Mitchell scored tries against the French and English and went into the Ireland game in top form. 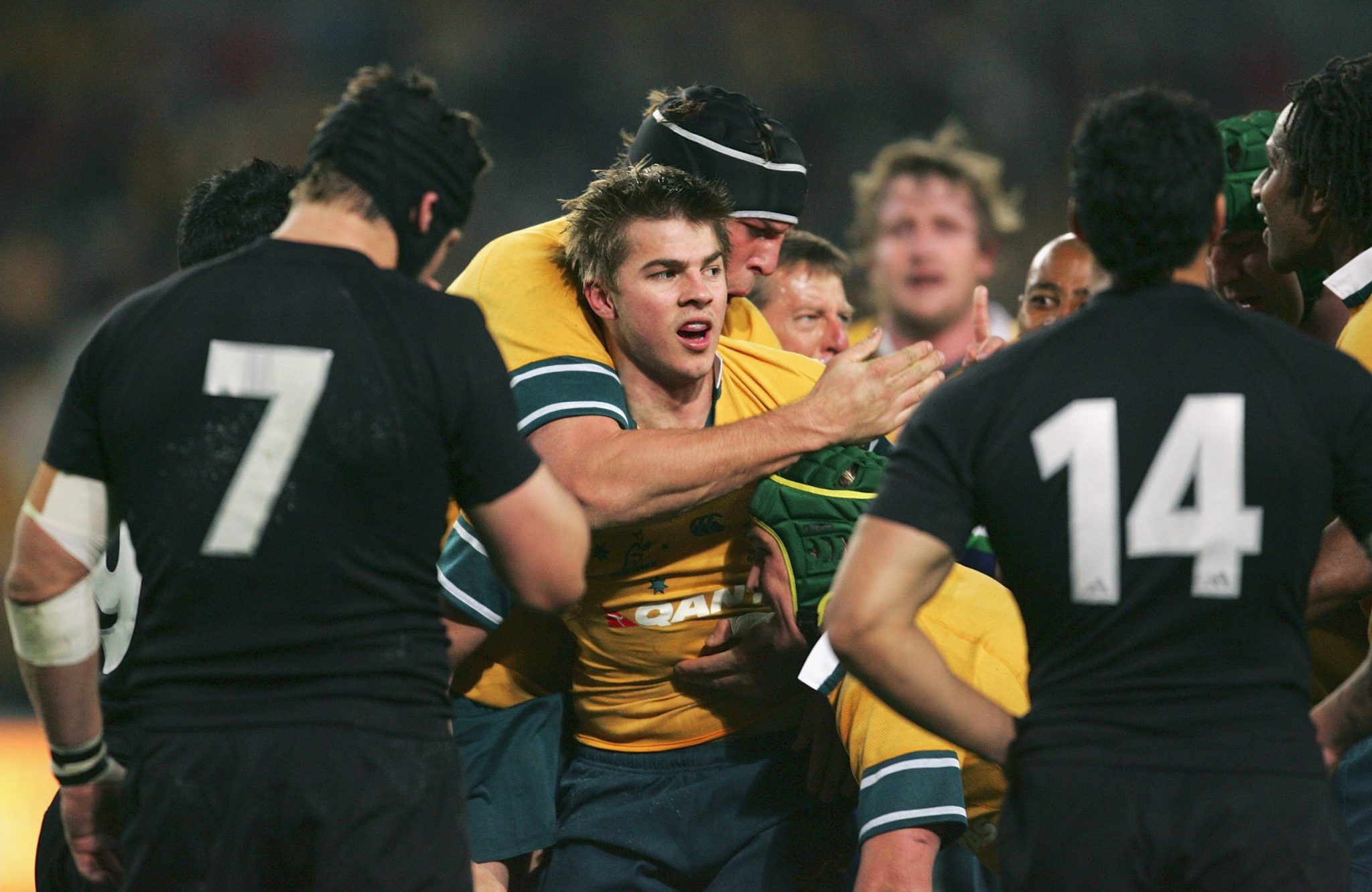 Ireland led 6-3 at half-time thanks to two Ronan O'Gara penalties, while the Irish scrum had fronted up well. Mitchell had made a couple of carries in the first half but had been well bottled up by the Irish defence.

"I was wearing a long-sleeve under-garment, like a Skins top or whatever, in the first half. I remember going in at half-time and Eddie Jones wasn’t a very happy camper at that point. And he goes, ‘Drew, are you even f***ing out on the field, mate?’

"And what do you say to that?! He says, ‘It’s because you’ve got f***ing long sleeves on, mate. No-one’s ever played a good game with long sleeves on’. 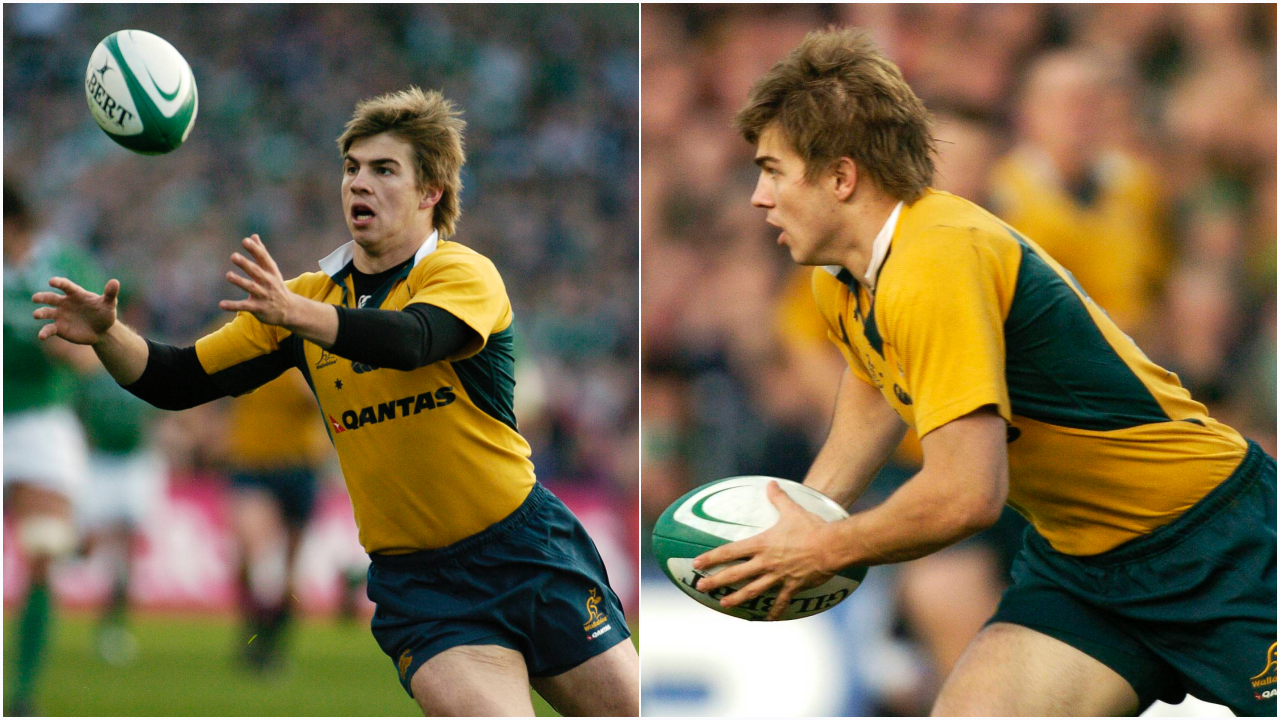 END_OF_DOCUMENT_TOKEN_TO_BE_REPLACED

Whether it was the rollicking from Jones, the change in mid-set or losing the long sleeves, Drew Mitchell was a player transformed after the break.

He raced in for his first try of the game after 46 minutes and sealed Australia's win with a second on 71 minutes. Ireland salvaged some pride with a late Shane Horgan try but they were well beaten.

Wales edged out the Wallabies 24-22 at the Millennium Stadium the following weekend, though, and it would be the last game Jones would coach for his country. He took up a consultancy role with Saracens in 2006 before returning back to Super Rugby and then acting as an advisor to Jake White's South Africa in 2007.

He worked wonders with Japan at the 2015 World Cup before taking up a post with England later that year. Jones has led England to two Six Nations titles (including a 2016 Grand Slam) and to the 2019 World Cup final, and all in his own inimitable style.


popular
'Make him hurt, make him yours' - How the Springboks ruled the world
In 86 seconds, Patrick Bamford becomes English football's voice of reason
Springboks legend Tendai Mtawawira tells us what he really thinks of Ellis Genge
"We did find him hours later and we made up." - How Flynn and his best friend came to blows in Croke Park
'Beast' Mtawawira is a big fan of Mike Ross' Lions front row
Jose Mourinho is about to step up and become the hero football needs
Furious Gary Neville tears into "scavengers" Glazers for Super League plans
You may also like
5 days ago
The six Lions spots being contested by Ireland and Scotland players
5 days ago
Rating the chances of Leinster's 16 Lions hopefuls
6 days ago
Jamie Carragher on how close he came to Ireland call-up
1 week ago
Full player ratings as Ireland dismantle Wales in Six Nations opener
1 week ago
Munster and Irish rugby almost lost out on one of their brightest stars
1 week ago
"I wake up in a cold sweat. I cannot, for the life of me, remember where my jersey is"
Next Page