The fact that he managed to play through such obvious pain really tells you a lot about the Tipperary native's competitive zeal.

In going for a lineout steal, Ryan was tackled in the air and hit the deck hard. The French commentators knew it was bad on first viewing:

Ryan was in considerable pain but asked the Racing physio to put a bit of spray on it and give him time to see if he could run it off and get some feeling back. He played on for another 70 minutes, from start to finish, and landed 15 crunching tackles during a great shift.

Following the game, Ryan spoke with The Hard Yards about his side's 15-12 loss to Leinster [from 11:00 below] and about a finalé to his club season that he is now likely to sit out. 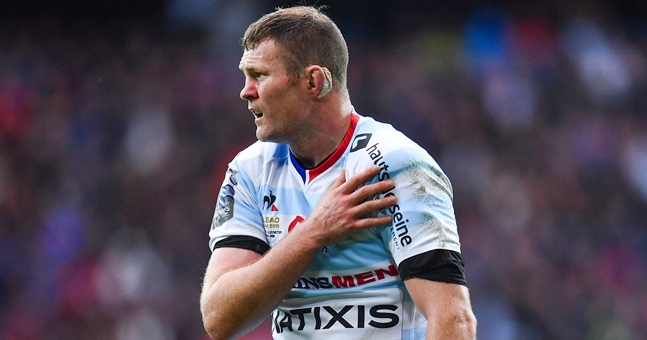 "I fell from a lineout but, sure, that's it. That's all part of it anyway. That's rugby.

"There's not many times you get to play in a final, you know? So you just suck it up and get on with it. That's basically it."

END_OF_DOCUMENT_TOKEN_TO_BE_REPLACED

Ryan's arm was in a sling as he spoke to us and it is highly unlikely that he will play any more part in Racing's season. Indeed, Midi Olympique are reporting that Ryan will play no further part in the 2017/18 campaign. He missed the first three months of the season with shoulder and neck issues and it now looks as if he, indeed, left it all on the field in that Champions Cup final.

Racing have a home semi-final in the Top 14, on May 26, and will meet the winners of the Castres vs. Toulouse playoff. The Parisians will have to do without Pat Lambie too after he badly damaged his knee [ACL] only three minutes into the final.

Ryan was frustrated that his side let a 12-9 lead slip from the 71st minute on. "We made a lot of mistakes and our discipline wasn't where it needed to be, especially in a final when it is pretty tense," he said.

"It was disappointing, having put a lot of pressure on Leinster who are an excellent side and, obviously, champions now. In the last 10 minutes, we gave away the advantage with a few silly penalties that we really didn't need to do. Just pretty unfortunate because our defence was pretty solid. When they made a few line breaks, we scrambled well."

"Unfortunately, then, we made the move for them and that was just disappointing. Disappointing discipline to let ourselves down."

Ryan would have dearly loved to get over that loss by turning out for Racing in the Top 14 run-in but he will have to sit those games out. Joe Schmidt is not set to pick him for Ireland duty over the summer so he has time, at least, to heal up and come back stronger for 2018/19.


popular
"This game is going to get abandoned" - Mass brawl between Kilcoo and Burren results in six red cards
"He'll have the best seat in the house" - emotional Mageean pays tribute to late great Kiernan after the race of her life
Quiz: Which player has scored more goals for Ireland?
Teddy Sheringham says Roy Keane didn't speak to him for three years at Man United
Court hears cringeworthy poems Ryan Giggs wrote to his ex
Your guide to a huge weekend of sport and how to watch it all
Kylian Mbappé wants to 'dismantle Argentine Republic' at PSG
You may also like
1 month ago
"I just remember the room erupting!" - Nick McCarthy on coming out to his Leinster teammates
2 months ago
"Leave it all out there on the pitch" - Marcell Coetzee right at home with rampant Bulls
2 months ago
"Hopefully we'll come away with a gem" - Joe McCarthy potential sealed Ireland selection
2 months ago
Attention turns to Leinster's next attack coach as Sean O'Brien gets coaching gig
2 months ago
"That's what he does" - Wayne Barnes and the crucial calls that cost Leinster
2 months ago
"If there was a Lions team being picked now, Josh would be a starter"
Next Page