11 questions, 11 answers and 653 words later, Ireland's newest captain was on his way.

James Ryan had the honour of taking over the Ireland captaincy, last Friday, when Johnny Sexton limped off after 28 minutes of the win over Wales. On Saturday, at Twickenham, Ryan will lead his country in a Test match from the get-go.

At 24, Ryan is younger than the bulk of this Ireland squad, even with its players finding their feet in Test rugby, but he commands a massive amount of respect through his demeanour and his deeds on the rugby pitch.

During their interviews at the IRFU's High Performance Centre, this afternoon, both Keith Earls and Andrew Conway spoke in reverential tones about Ryan scoring with his first touch in Test rugby, against the USA, in 2017. "He's a different animal," Earls remarks, before later adding:

"He's been incredible, he's come on leaps and bounds. Lot of similarities to Paulie... Just his mannerisms. The way he comes across and speaks, everyone just listens straight away. He's got that presence.

"Even off the field, he's constantly working, looking at line-outs. Trains hard in the gym and for a young lad his body's been through a lot already and he turns up every week. Similar to what Paulie would have done, he'd do whatever it takes to get the win at the weekend."

Ryan is still getting used to the added media responsibilities of being a leading player, and captain. He does not use two or three words when one will do. He assesses the question, gets in and gets out.

Dodgy WiFi and time restrictions - due to Covid-19 precautions - meant Ryan was only up for 10 minutes, but it was enough for all parties, and the new captain definitely got his points across.

"It’s a huge honour for me," he began. "I am so looking forward to it. The great things are that Peter O’Mahony and Hendy [Iain Henderson], Earlsie [Keith Earls] have a huge amount of experience. Johnny is in for the week as well. We will very much be driving things together this week as we usually would. So it’s an exciting week for all of us.

"We get to drive the week as a collective a core group of us. Having guys like Pete, Hendy, Earlsie there will make my job a lot easier." 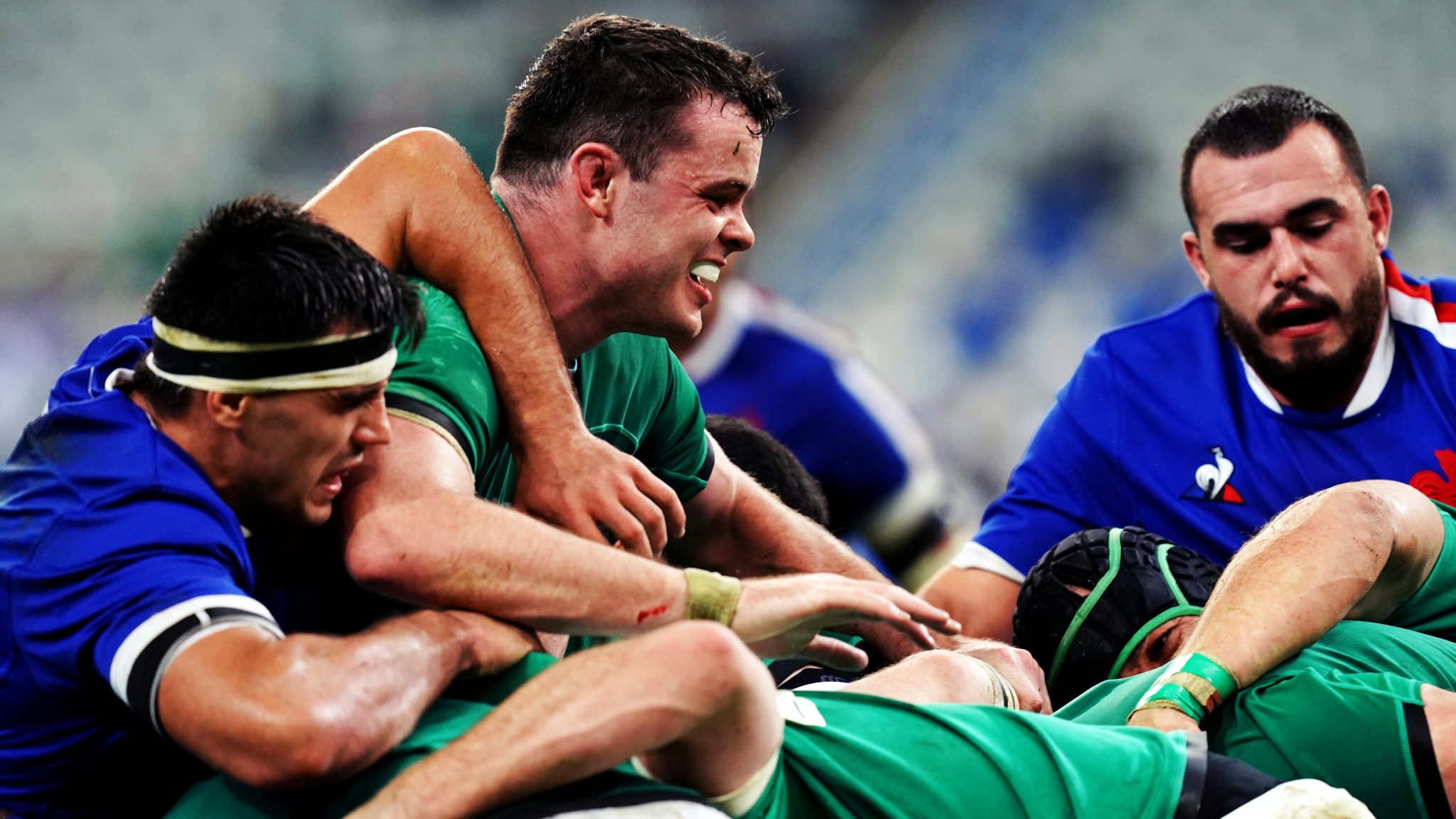 James Ryan in action against France in Paris. (Credit: Sportsfile)

END_OF_DOCUMENT_TOKEN_TO_BE_REPLACED

As he said after the 32-9 win over Wales, Ireland will need a big step up to challenge England on their home turf. "We will get a good realisation of where we are at," he notes. Asked about the 'fear factor' of playing in Paris and London, he responds:

"There’s probably a little bit of fear in every test match at this level whether it is going to Paris or going to Twickenham because the level is so high and it will take a big effort to get what we want out of it. There is always a little bit of fear but also a lot of excitement. It is a huge opportunity for us."

Ryan believes 2020 is 'a new chapter' for the Irish team. and their coaching staff, and he highlights set-piece play and defence as two "massive" areas for them against England. Referring to Ireland's last two Guinness Six Nations losses to Eddie Jones' men, he says:

"Looking at that game we didn’t start well. If you give a side like England momentum, they are very, very hard to stop. They are areas of the game that are really big for us this week."

And we obviously could not let the man go without asking him about the player many pundits, writers and fans are already pairing up in the Lions' 2021 second row - Maro Itoje.

"He is a serious player," says Ryan. "They have serious players right across the pack. He is a real all round second-row. We want to test ourselves against some of the best players and some of the best teams in the world. It’s a brilliant opportunity to see where we are at. Hopefully we will get a good idea."

With that, Ryan's first full-on captaincy press briefing is over. Well, nearly over. He has to do a briefing for another 10 minutes with the written press.

He clears his throat, takes and sip of water and is ready to go again. The time for talking is almost over.

popular
Southgate explains why he didn't move drinks bottles like Ronaldo and Pogba
Cristiano Ronaldo is not human. Not human at all
Rio Ferdinand responds to fans calling him out on terrible Scotland prediction
QUIZ: Name these 50 Euro Championship goalscorers
ITV revisit Highbury tunnel incident, but viewers feel Keane asked wrong question
"Not good enough" - Roy Keane rips England a new one as Scotland keep hopes alive
Ronnie Whelan criticised for his commentary of 10th minute stoppage for Christian Eriksen
You may also like
4 days ago
Can't imagine Rangers fans were happy about what Ronnie Whelan called Scotland
5 days ago
Damien Duff bides his time before roasting the FAI with 'motivational video' comment
5 days ago
Andy Farrell makes bold outhalf calls after Johnny Sexton excused from duty
5 days ago
11 uncapped players named in Ireland squad for summer Tests
1 week ago
Ireland's 2009 Grand Slam stars recall closest call in our rugby history
1 week ago
"A proud moment for myself, my family and my friends" - Chiedozie Ogbene makes history for Ireland
Next Page