How many times does one man have to be written off?

END_OF_DOCUMENT_TOKEN_TO_BE_REPLACED

Devin Toner is a player Ireland and Joe Schmidt just can’t quit. For every time Ireland have tried to move on without him – for every time he has been undervalued and written off – he has returned to prove his worth.

While the likes of Johnny Sexton, Peter O’Mahony, Ian Henderson, Sean O’Brien and more were left at Carton House, to train under the watchful eye of Schmidt, Toner loaded up his gear bag and set off for Chicago. Not to start. To take a seat on the bench, in case of emergencies.

Quinn Roux and Tadhg Beirne then went ahead and had fine performances in the flaking of a flaky Italian side and the second row debate got even more complicated. Beirne, Henderson, Roux, Toner and James Ryan. Only two from that five would start against the All Blacks.

Schmidt started Henderson and Ryan against Argentina and Toner was again left on the bench.

Schmidt was understandably tempted to pair two absolute warhorses – in Ryan and Henderson – but the lineout malfunctioned. With Brodie Retallick running amok against the English lineout, at Twickenham, only hours earlier, Toner’s stock rose. It zipped higher when Toner came on in the final quarter and the Irish lineout improved massively. 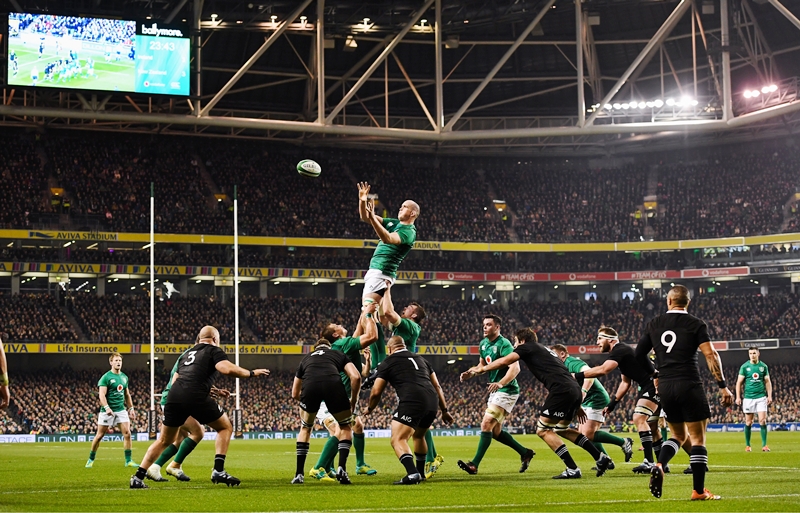 But to identify Toner as just a lineout specialist – and a damn fine one – is to overlook the many qualities the 6-foot-10 lock has to offer, most particularly around the breakdown. 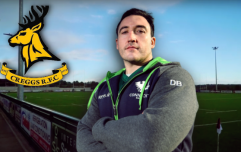 END_OF_DOCUMENT_TOKEN_TO_BE_REPLACED

The Leinster man would get another opportunity to show there was more to him than his considerable height and lineout nous when Schmidt handed him No.4 to face the All Blacks.

Within 10 minutes of the match, Toner had laid down an impressive marker. Part of the Irish game-plan involved going after New Zealand’s talisman in the pack, Brodie Retallick.

Had anyone from outside the Irish camp suggested that last week they would have been laughed out of the room. Retallick is one of the world’s best players and a freak of nature when it comes to pace, power and sublime ball-handling.

If anything, most would have paired Retallick up against James Ryan – another second-row phenom – for the weekend clash. Those two did have a couple of pitch-shuddering collisions but the stand-out tackle of the night was Toner felling the Chiefs lock.

END_OF_DOCUMENT_TOKEN_TO_BE_REPLACED

"What was interesting," Payne began, "is off the back of that game, [All Blacks coach] Steve Hansen said, 'He doesn't look like an athlete but, by God, he is an athlete!' I mean, almost his finest performance in an Irish jersey?"

"And it was another big, significant moment. He just smashed Brodie Retallick, their talisman."

13 minutes in and only 3-0 up, but being penned in their own half, Ireland still needed a rousing moment. Josh van der Flier and CJ Stander had already delivered, with a great turnover double-act on Kieran Read.

After Saturday's USA clash, it will be three months before Ireland play again. No doubt, by the time that Six Nations game against England draws near, Toner's place in the time will be up for debate again.

All the big guy can do is do what he has consistently done since Schmidt touched down in Ireland, eight years ago, and built so much around him.


popular
Red cards, slips, heroes, villains and last second equalisers - Derrygonnelly's extra time win over Dromore had it all
Divock Origi to the rescue after Diogo Jota's absolutely incredible miss
GAA club transfers that shocked the county: Jason Sherlock
Here's all the GAA games on the tube this weekend as the provincial championship heats up
Ruesha Littlejohn gate-crashes Katie McCabe's interview after another player-of-the-match display
Fermanagh footballer opens up about losing her mum to suicide and urges people to seek counselling
Jordan Larmour enjoys satisfying bit of revenge on Mack Hansen
You may also like
1 week ago
"I've had stick my whole career" - Mike McCarthy on 'Plastic Paddy' jibes and singing the anthem
1 week ago
"Just brilliant" - Alex Goode backs Caelan Doris for 'Best Player' award
1 week ago
Sean O'Brien praises "unbelievable" Robbie Henshaw after his winning return
1 week ago
Four Ireland stars voted onto Autumn Nations Series 'Best XV'
1 week ago
Sean O'Brien on rugby league star he'd love to get in a boxing ring against
1 week ago
Joey Carbery puts himself in position to end odd Six Nations streak
Next Page