"A pretty cool story. The Murrays are so nice."

David Pocock may have just recruited a couple of hardy bucks to help him out on the farm, back in his native Zimbabwe.

The former Wallabies flanker is doing his part for the environment, and then some. At present - as he talks with Seán O'Brien and Alex Goode on House of Rugby - he is taking a break from his farming work to promote a show called ‘Playing Against The Clock’ on BT Sport [more on that, later].

END_OF_DOCUMENT_TOKEN_TO_BE_REPLACED

Pocock and his family emigrated to Australia when he was young, as many white landowners had their properties taken away by the new government. Two decades later, he is back home and working with rural farmers on livestock management. The aim is to restore damaged rangelands and set up a new 170,000 wildlife area.

After recruiting O'Brien and Goode to do some hard yakka over their summer holidays, next year [O'Brien is on fencing duties], the Australian rugby legend delved into some stories from his playing days. That included the joys of playing with Quade Cooper and Kurtley Beale, and his schoolboys rugby trip to Ireland, in 2005.

Back in 2018, as Ireland wrapped up their three-Test tour Down Under, Pocock shared a class post-match snap from the Wallabies' dressing room.

In 2005 on the Australian Schoolboys tour of UK and Ireland we were billeted out with families in Limerick. The family I was billeted with: the Murrays. I don't think @ConorMurray_9 or I were thinking we'd go on to face each other in test rugby. Great to catch up after the game. pic.twitter.com/MRF9BRsQY0

END_OF_DOCUMENT_TOKEN_TO_BE_REPLACED

There, 13 years after they first met, Pocock sat in an Ireland jersey and posed for a snap with scrumhalf Conor Murray. The Limerick native was a year younger when Pocock was billeted with his family, but he too was already making a name for himself in Munster schools cup rugby.

On House of Rugby [LISTEN from 4:00 below], David Pocock shared a training story from Limerick that shows he was always going to make it in the rugby big-time. 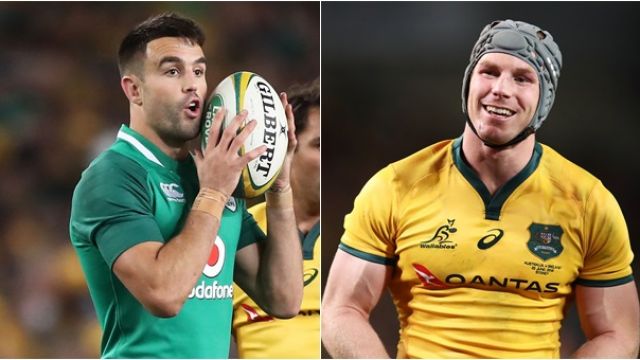 END_OF_DOCUMENT_TOKEN_TO_BE_REPLACED

Pocock was crazily driven to succeed in rugby from a young age. He showed promise in the sport as a youngster in Zimbabwe and says his dream, growing up, was to one day play for the Springboks.

That drive did not let up in Oz and, aged 17, he formed part of a crack Australia Schoolboys squad that included Beale, Lachie Turner, Ben McCalman and Christian Leali'ifano. The Aussies hammered Ireland U19s by 33 points in one tour game.

A Munster selection gave them a slightly closer run, down in Limerick. Pocock did not play in the game, but his time in the city won't soon be forgotten, all thanks to an impromptu training session.

"I didn't play that midweek game against Munster," he recalls. "Mr Murray picked us up from the ground and was driving us home. I was feeling a bit guilty from having not played, and wanted to do a bit of extra fitness work. So I asked him, 'Would you mind just dropping me five kilometres from your home?' He did.

"Eventually it got dark, I'd been chased by an Alsatian. I was just thinking, 'This is done!' It was before everyone had mobile phones, so I just walked into a random person's house and said, 'Listen, I'm terribly lost. I'm staying with the Murrays. I don't know where they are.'

"Luckily, she knew the family. She ended up giving Mr Murray a call, he came around to pick me up and everything ended up all right."

That story of Pocock - going for a 5km run just because he missed out on some game-time - sums up an attitude that saw him made his Test debut at the age of just 20. His work ethic was famously captured in a class documentary called 'True Grit', which we'd highly recommend. 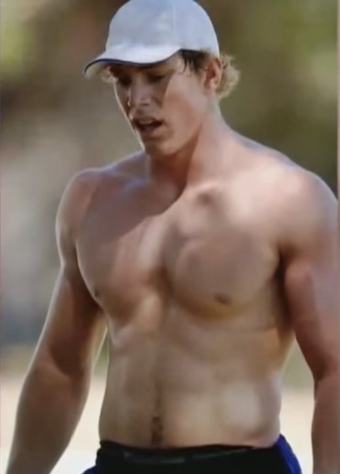 Goode recalls coming up against David Pocock and that fearsome Australia Schoolboys side, and still wakes up in cold sweats thinking about it.

"You absolutely demolished us," he says. "It was yourself, Kurtley Beale and Quade Cooper just taking the piss out of us!

"It was those older days of rugby where the teams would all have to hop in the baths together, after a match. I just remember all of us looking at you, going, 'Look at him, he's all triangles!' There was just muscles everywhere."

Pocock smiles as he thinks back about that Australia vs. England clash, 16 years ago.

"Something just clicked with Kurtley and Quade. They were on fire. They were doing consecutive chip-and-chases, and all sorts of ridiculous stuff!"

Goode will never forget the sight of Beale and Cooper doing one-two passes all the way down the pitch on their way to another Aussie try. Never has one game drove a team of young rugby players to the gym quicker.

Playing Against The Clock is hosted by BT Sport's Craig Doyle and includes David Pocock and his wife Emma as guests, along with Martin Offiah and Ledley King. The show focusses on the fight against climate change and the duty of sport to be sustainable. 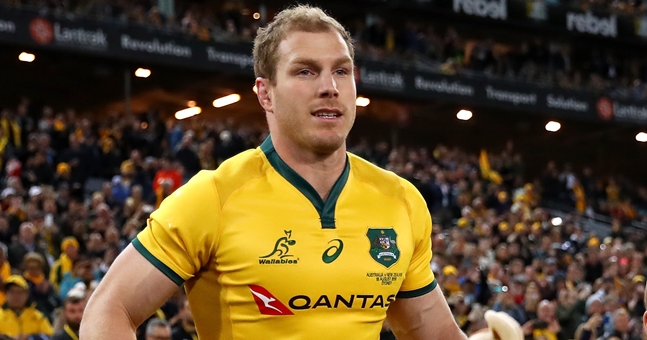 BT Sport will premiere Playing Against the Clock on October 31 on BT Sport 1 at 6pm, part of a BT Sport focus on sustainability to inform and inspire viewers on the climate emergency. To sign up to BT Sport’s Green Routine and make a change visit btsport.com/greenroutine.  For more on BT’s work to fight climate change, visit: www.bt.com/sustainability


popular
Jurgen Klopp reacted like everyone else to Darwin Nunez headbutt red card
Jamie Carragher on the two Man United players Erik ten Hag can't trust
Carragher and Neville brutally name Man United's biggest transfer flops since 2013
"I went up to the Italians and gave them a big auld shoulder" - Paul O'Donovan does it again
Man United have 'decided to sell' promising midfielder James Garner
Wexford Under-20 lights it up as Ferns win their first ever county title
Wexford, Waterford and Kilkenny down some good men as Australia calls
You may also like
1 week ago
"Everything’s done for you" - Eddie Jones on how private schools influence English rugby
1 week ago
Faf de Klerk knocked out after horror collision with knee of All Blacks winger Caleb Clarke
1 week ago
"We'll support him in any way we can" - Wallabies captain Michael Hooper backed for brave mental health decision
1 week ago
At a time when rugby needs genuine characters, Naitoa Ah Kuoi could not have timed it better
2 weeks ago
Eight Ireland players make final cut in 'World Class' 33-man squad selection
2 weeks ago
"There's no magic wand. A lot of it starts and finishes with hard work" - Ronan O'Gara
Next Page