"Give these guys game-time and see what they're like."

Greg O'Shea may have been advocating for the next generation of Irish rugby stars to make a name for themselves, but Darren Cave has battle scars. He is a bit more cautious when it comes to Ireland's five-game tour of New Zealand.

Cave played on Ireland's last summer tour to New Zealand, in 2012, and featured in the opening Test defeat to the All Blacks at Eden Park. Declan Kidney's men then pushed the then world champions close in the next game before getting rollicked 60-0 in the closing game of the tour. It is still a record Irish Test defeat.

END_OF_DOCUMENT_TOKEN_TO_BE_REPLACED

Looking back, Ireland were on a downward curve in that otherwise positive Kidney tenure. He would stay on for the 2013 Six Nations but move on after his side finished fifth in an injury-riddled, luckless campaign. Andy Farrell's Ireland are very much on that upward curve - steady rather than spectacular - but Cave is wary when he hears of giving too many untested players runs out on the biggest stage.

On the latest House of Rugby [LISTEN from 51:20 below], Darren Cave joined Lindsay Peat, Greg O'Shea and Jason Hennessy to discuss the tour to New Zealand, and his fears that it could end ugly for Ireland. 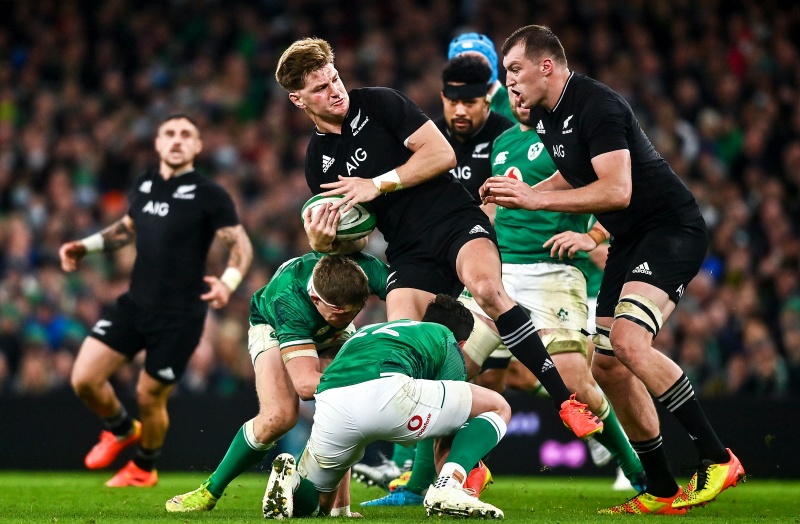 END_OF_DOCUMENT_TOKEN_TO_BE_REPLACED

Andy Farrell certainly looks to be going with his strongest match-day squad possible for the First Test opener, while giving the newcomers and squad players their chance to shine against the Maori All Blacks.

That Maori All Blacks game is first up, on Wednesday, and Ireland will be looking to get a win against the representative side for the first time in their history. A side containing the likes of Johnny Sexton, David Wallace, Peter Stringer, Donncha O'Callaghan and Paddy Wallace were part of an Ireland selection that lost the last encounter between the sides, in 2010.

"I'm a little bit worried about [the tour], if I'm honest," Darren Cave cautioned. "I just think it has been a really, really long season.

"I do feel like they're not the best version of the All Blacks, this side, but they're still the All Blacks. I was on a three-Test tour at the end of the 2012 season, and it ain't pretty. It is tough, at the end of a long season. That one culminated in that 60-0 result in Hamilton.

"So, I'm a little bit... look, I hope I'm wrong but there's one part of me that we're going to get pumped in one of these games. If we rotate in these midweek games, which we have to, and go full metal jacket at the weekend, I think we could lose all five games."

That take from the former Ulster and Ireland centre elicited an, "Oh, my God, Darren!" from the more optimistic Greg O'Shea.

Cave was not swayed from his line of thinking.

"I'm not saying it will happen," he argued, "I'm just saying it could.

"If you take a tanking in one of the games, what does that do for your overall thinking, going into a World Cup? If they get beaten by 50, or something, even if the rest of the games are close.

"It just think it has been a really long season, and they've played a lot of rugby, and I think New Zealand are going to be better than a lot of people reckon they will be, because they're New Zealand."

So convincing was Cave in his argument that O'Shea did concede he was worried, himself, and reckoned the All Blacks would be 'flying it'.

Andy Farrell said he desperately wanted a long tour like this one - five games in four weeks - to see what players he can rely on, and what ones he may need to jettison, heading into a 14-month window that will end at the 2023 World Cup.


popular
Barcelona allowed to register four new signings, but Jules Kounde misses out
"He can add something to our attacking line up" - Jamie Clarke signs for Northern Irish soccer club
Erling Haaland registers strange statistic on home debut as Mark Travers keeps the City score down
Angry Frenkie de Jong 'tells Barcelona teammates he could join Man United'
Ranking the best county GAA songs of all-time (32-1)
Antonio Conte 'banishes' four Tottenham players from first-team
"It was unfair on the Galway backs” - Tomás Ó Sé admits that Kerry benefitted from unfair rule
You may also like
2 weeks ago
“My confidence was on the deck" - Aaron Connolly explains why he has made the move to Italy
2 weeks ago
Every Irish transfer in football, this summer, as several big deals get done
3 weeks ago
Six Irish players make damn impressive 'World XV' that would take some beating
3 weeks ago
The frontrunners for Ireland's 33-man squad for the 2023 World Cup
3 weeks ago
All Blacks media manager explains why Ian Foster appearance was cancelled after Ireland defeat
3 weeks ago
Warren Gatland selects nine Irish players in his strongest Lions XV, right now
Next Page