Darren Cave knows his own mind and he's comfortable enough in sharing a piece of it.

There is nothing wildly controversial or provocative in Darren Cave's latest encounter with the media, but it is so refreshing to hear a rugby player just speaking from the heart and not worrying about treading on toes, or not getting the right message across.

The Holywood has been playing professional rugby for 11 years now and, at 31, is now one of the senior figures left in an Ulster dressing room that last lost Bowe, Trimble, Henderson, Henry, (Paul) Marshall, Diack, Black and Payne in the past 12 months.

Established are more settled in squads and comfortable in their own skin - unafraid of sharing a different opinion or veering from the party line - but Cave has been shooting from the hip for years now. Five years ago, aged 26, Cave was open enough to admit that perhaps his face did not fit in the Ireland set-up.

The centre has rarely been backward about coming forward. So it proved on the latest episode of Baz & Andrew's House of Rugby [from 31:30 below] when he sat down with former Ulster and Ireland Andrew Trimble for an in-depth interview. 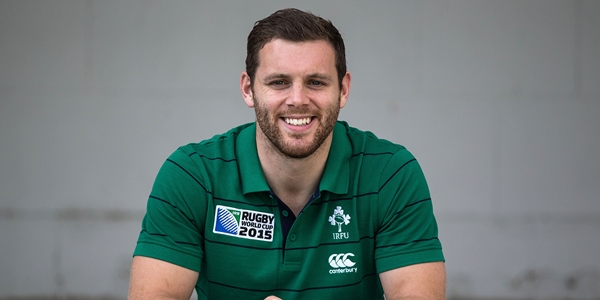 "Rugby interviews have just become so boring," declares Cave. "Honestly, one of the worst things about playing for Ulster is the press conference.

"Going in, and I feel sorry in a way for the media, there's a bit of a deadlock there between, like... as a player, why would you say anything? Because it'd be used against you.

"And the media are going in to hear - 'They'll be physical', 'They'll bring loads of energy' - so they're hating it as well. And as soon as they do get a soundbite, they're on it!"

END_OF_DOCUMENT_TOKEN_TO_BE_REPLACED

Jacob Stockdale can certainly relate to Cave's experience. He recently told House of Rugby about a throwaway comment he made about constructing Lego sets to help pass the time and occupy his mind when he was in Ireland camp, at Carton House. The following day, he was sent an article about 'Stockdale's secret to beating the All Blacks'.

Cave recalls another recent headline and article after teammate Iain Henderson spoke of the Head Injury Assessment process and how well modern players are now looked after. "I actually thought it was a really interesting article but the headline was like 'Henderson's Concussion Black-out Nightmare'."

Cave was quick to rib Trimble on his claim that he is not yet a fully fledged member of the media, despite the fact that he hosts a rugby show and is a regular pundit on Guinness PRO14 and Champions Cup coverage. A big fan of House of Rugby, the Peter Crouch Podcast and The Rugby Pod, Cave prefers interviews that give players and coaches a chance to show their personalities.

"The more different the interviews are, the more you get to know the person, more so than people that come on and are guided by the media."

Cave should have a few seasons left in the tank, injuries and form permitting, but his is already active in pursuing outside interests away from rugby. He is part owner of a donut (and coffee) shop, has got involved in the podcast world and completed a post-grad degree in sports science and Masters in sports psychology.

"I find that stuff interesting," he says, "but I don't want to be a sports psychologist when I retire (from rugby). I don't really know what I'm going to do. I enjoy the coffee shop.

"It's such a bubble, when you're playing. People always ask, 'What do you want to do next?' and you'd be like, 'Why would I want to do anything else than play rugby?' So it's hard to say something like, 'I WANT to go and sell commercial insurance' when you've played professional rugby for so long.

"I want to be in a position where I'm excited by the end, if that makes sense? I don't want to be a guy that ends up coaching because they're stuck and there is nothing else to do, or a guy that goes on for too long. When I'm ready to go, I want to be excited about the next step, and to be able to look back and go, 'How good was that, that I got to play rugby for so long'."

Trimble, of course, had some top advice about adapting to 'the real world' for whenever Cave eventually does step off the rugby carousel:

"Stuff that applies in the life of a professional rugby player in that environment, day in, day out, just doesn’t work elsewhere" 😂

Coming out of the game as the same guy that first came into it takes some doing. "We are the first generation of players - relating it back to the media - to have the personality beaten out of us," says Cave.

"I remember going into media training in the academy and we were taught... they would ask you questions about the new stadium. And at that stage it was [potentially] going to the Maze [prison site]. It wasn't a controversial thing but it was a new thing and we were warned - 'Don't comment on anything like that. Don't give a sound-bite'."

Cave recalls that, a couple of years later, the Ulster kit-man was cleaning out the away dressing room at Ravenhill and found a Welsh newspaper article - featuring brash comments from Ulster outhalf Niall O'Connor - stuck to the wall. Word got back to the squad. Another lesson not to be too honest when speaking to the press. To be guarded.

The centre does not pay as much heed to the ominous warnings as he did as an impressionable, young player.

Cave is sick of providing the rote answers about physicality and teams being up for certain matches, and not to be underestimated.

He is much happier for it too.