"I always find it amazing, the importance people put on which hospital you were born in"

Napoleon, flushing toilets and the US Marines.

You rarely get your rote rugby answers at a Dan McFarland press conference.

The Ulster head coach evoked the French military leader, New York Jets' Rex Ryan and Major Brendan McBreen [Marine Corps] in the space of 10 minutes as he looked ahead to his side's upcoming Champions Cup clash with Toulouse.

McFarland offered a squad update for the game, what Nevin Spence means to his squad and spoke very well on dealing with defeat but he was at his most animated when talking about the idea of being an outsider and people pulling together for a common cause.

The 48-year-old is from Oxfordshire but he has been on the move since the mid 1980s. He went to secondary school in Yorkshire, university in Newcastle then played his club rugby in London [Richmond] and Paris [Stade Francais] before moving to Ireland in 2000.

McFarland played six seasons with Connacht and then moved into their coaching staff, under Michael Bradley then Eric Elwood, from 2006 until 2015. He also coached Irish 'Emerging' and 'Wolfhounds' sides before Glasgow Warriors swooped for him and then Scotland. There was some Scottish consternation, in 2018, when Ulster tempted him back to Ireland in 2018 with the head coach cherry.

Ulster have been on a steady rise since McFarland took over a side that Brian O'Driscoll famously referred to as a "basket-case". They reached this year's Guinness PRO14 final and are still in for 2019/20 silverware, albeit against a strong Toulouse side.

Add Alby Mathewson - a Kiwi who was most recently at Munster - to the mix and it is easy for some to focus on those brought in, instead of home-grown players like James Hume, Jacob Stockdale, Michael Lowry, Stuart McCloskey and captain Iain Henderson.

McFarland latches onto the 'outsiders' notion and quotes Major McBreen before setting us off to find the proper wording. It is:

'Men do not engage in combat for motherhood, the flag, or apple pie. They do not fight for patriotism. They may have volunteered for these reasons, but when their lives are at risk, and the incredible stress of close personal violence is immediately at hand, the key truth emerges. - Men fight for their friends.' 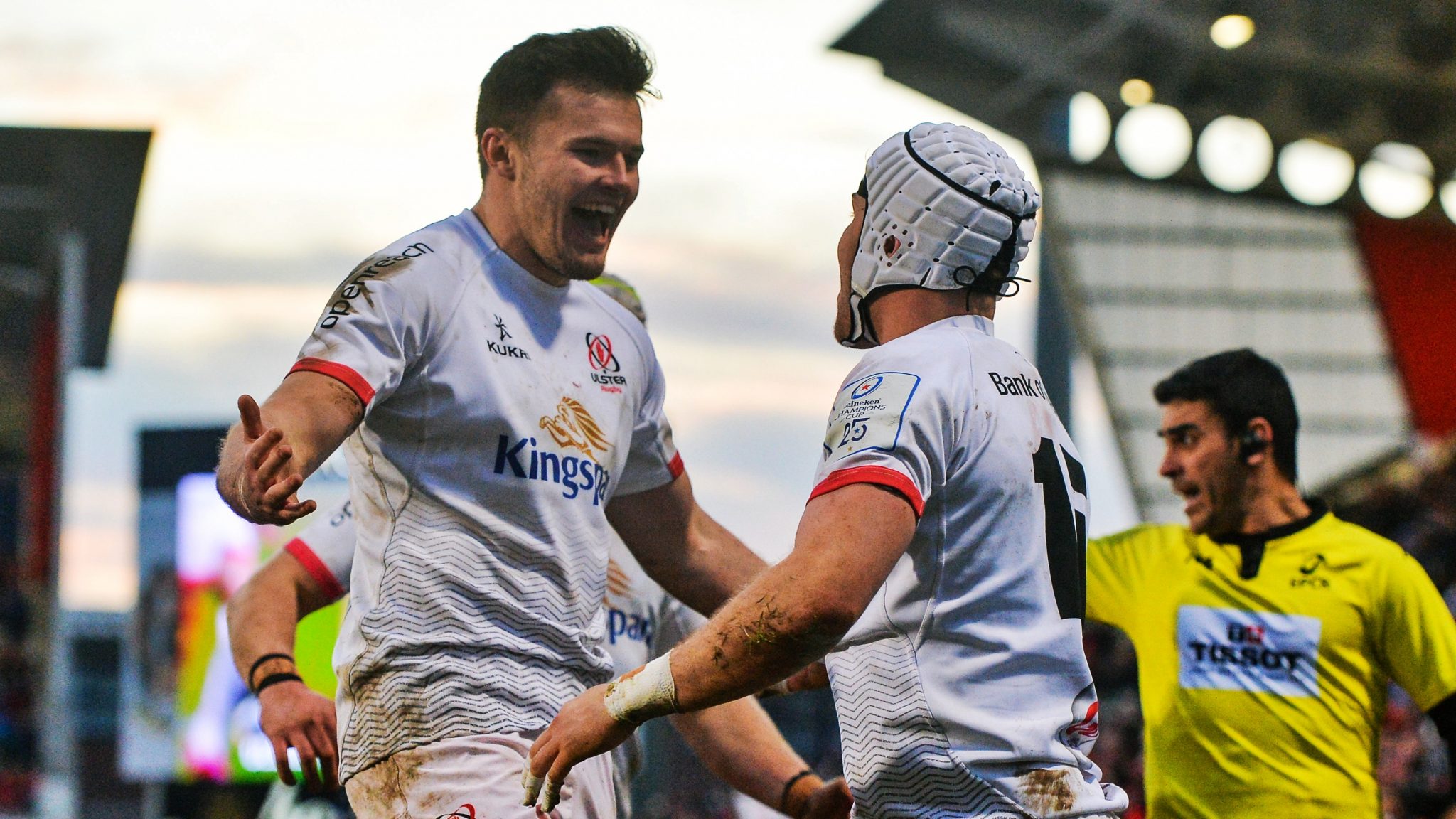 "I could be here a long time, talking about this," McFarland says as he begins what will be a stirring defence of Ulster, and his players.

"I always find it amazing, the importance people put on which hospital you were born in. Like, come on!

"I’ve got an English accent but does that mean I feel from head to toe as if I’m English? Part of me is English, yeah, 100%. But I’ve spent 15 years in Ireland, my son Thomas was born here, my daughter Alex spent all her life here. Galway is a huge home for me.

"Now I’m in Belfast. I’ve got bits that attach me to Ulster in my family history and I feel a part of the fabric here." 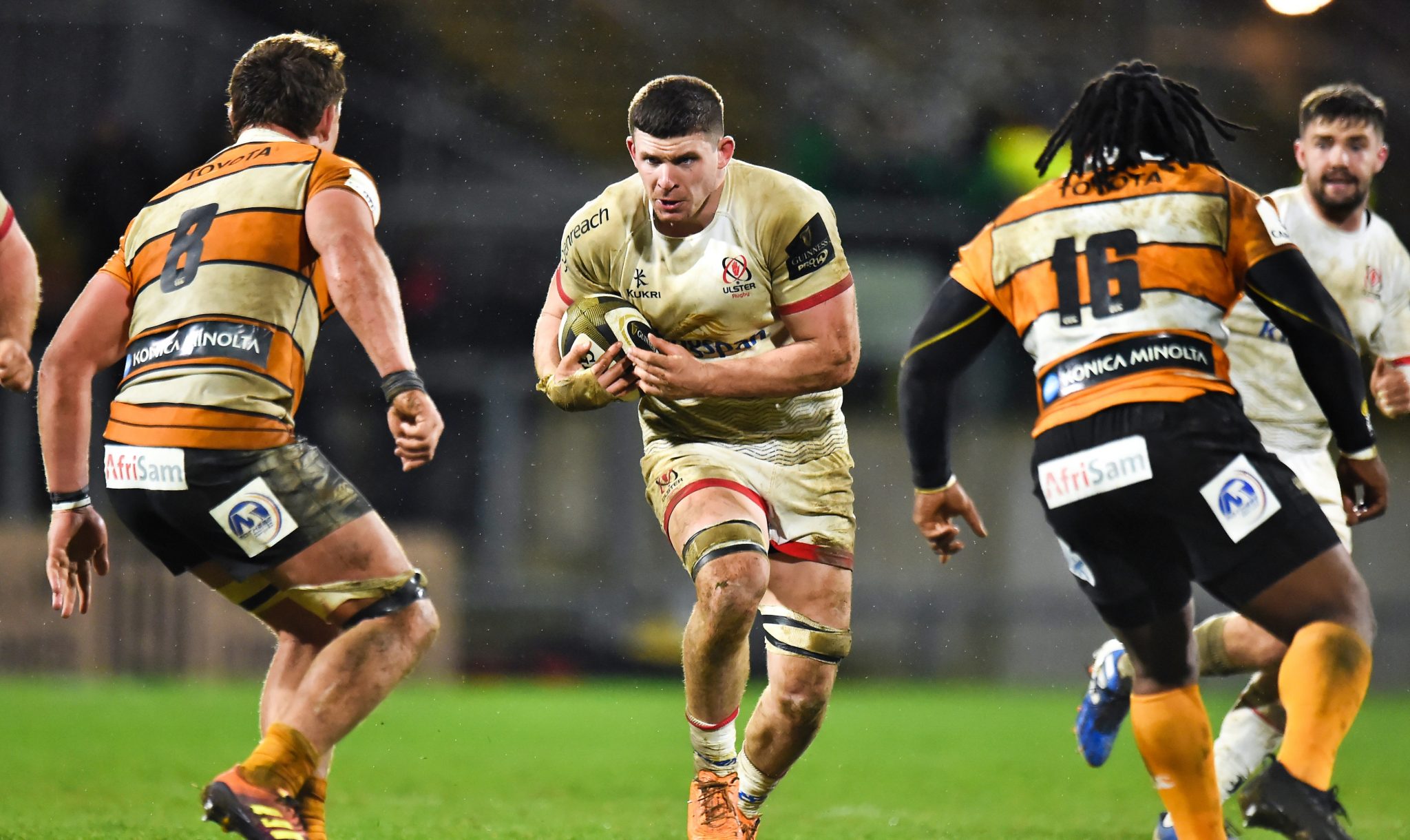 "Nick Timoney is an Ulsterman," McFarland continues. "When he pulls on that jersey, he’s an Ulsterman. It’s just as simple as that."

Having already quoted McBreen, McFarland unfurls a Napoleon quote - "Before soldiers will fight together, they need to eat a lot of soup together."

"People’s identity comes from spending time with each other," he says, "from forging the bonds so that when they go onto the pitch, they're willing to go into places they wouldn't do normally.

"It’s not a question of where you’re born. That’s not what Tom O’Toole is thinking when he’s packing down five metres from his line in the Aviva in a championship final. He’s bloody wondering if he’s helping Squishy [Rob Herring] out. Hoping that Hendy [Iain Henderson] is going to be doing everything that he promised beforehand."

As we all soak in that sweeping prose from the Ulster coach, he remarks, "I could go on for a long time on that one."

And then we were back to the rugby questions - bouncing back from a tough loss and ways to unlock Toulouse. McFarland took a breath then went again. Never a dull moment.


popular
"They don't care about mistakes once they're honest mistakes" - Buzz back for Bennett
The Ultimate Diego Maradona Quiz
The SportsJOE 12 o'clock quiz | Day 249
Jose Mourinho leads tributes to 'Don Diego' as the world says thanks to Maradona
Sky Sports pundit calls out Katie Taylor during live broadcast
Caelan Doris backed for Lions despite England's expected Test XV domination
The SportsJOE 12 o'clock quiz | Day 248
You may also like
2 months ago
The Alby Mathewson speech that lit a fire under Ulster
2 months ago
"Nevin would have absolutely loved it in this Ulster group"
2 months ago
Ulster still missing big names while Marcell Coetzee a doubt for Toulouse
2 months ago
Leinster take Ulster's best shot and still crush them underfoot
2 months ago
Will Connors, chopping one legend down to size at a time
2 months ago
Ian Madigan the hero as Ulster show manic fighting spirit
Next Page