"If you don't have a seat at the table, you're probably the one being eaten"

"Sorry, I’ve gone off on a massive rant there!"

In the Pacific Islands, challenging your elders is something that is frowned upon. When Dan Leo decided he had seen enough greed, unfairness and corruption, he could hold his tongue no more.

END_OF_DOCUMENT_TOKEN_TO_BE_REPLACED

Back in 2014, Leo was one of the driving forces in a Samoa squad that refused to play England in a multi-million Test match at Twickenham until serious financial wrong-doings in their home union, and pay issues for players, were addressed. It was his final act as a Samoan international. His price for speaking out was to never play for that team again.

"I still have that jersey from that game when we were going to strike," he says. "I had basically thrown my head through the glass at that stage. Very rarely do you go into a game knowing it is going to be your last but I knew that was going to my last, for the stand that we were making." 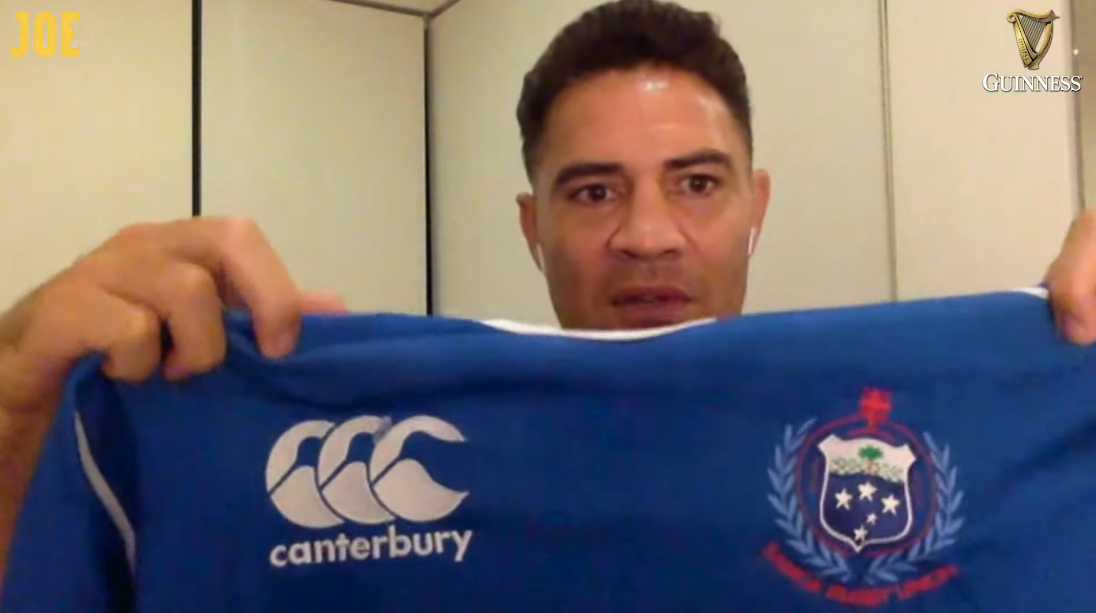 Within a year of that game, Leo was one of the founding members of Pacific Rugby Players Welfare. His mission was to look out for the interests of the islands of Samoa, Fiji and Tonga and for the hundreds upon hundreds of players that have travelled thousands of miles from home to make livings that can support themselves and their families.

END_OF_DOCUMENT_TOKEN_TO_BE_REPLACED

Leo had a notion that the stories of the Pacific Island nations and their players needed to be told in a documentary. He borrowed £10,000 and set out with a tiny team of two, and a stretched shoe-string budget, to make what eventually became Oceans Apart: Green, Betrayal & Pacific Islands Rugby.

The acclaimed documentary-maker joined House of Rugby Ireland hosts Ian Madigan and Eimear Considine (listen below), to talk about the journey to bring the project to life and what can be done to level the playing field for the proud but poor rugby nations.

"I played over in Bristol for three years," said Madigan, "and was lucky enough to play with a lot of Samoan internationals while I was there.

"You’ve guys who go to play in a World Cup, and if you were playing for Ireland or England in a World Cup, you’d have a minimum of four weeks off after the competition has ended. The Samoan guys got one week, and because they’re deemed to be a Tier 2 nation, they’d be straight back in. And then, on top of that then, you’ve issues with guys trying to get money back for flights, and not getting match fees.

"Obviously, I was coming from the Irish set-up, which is brilliant; everything is looked after. I couldn’t believe that a team that, on their day, could beat us has to deal with these external factors." 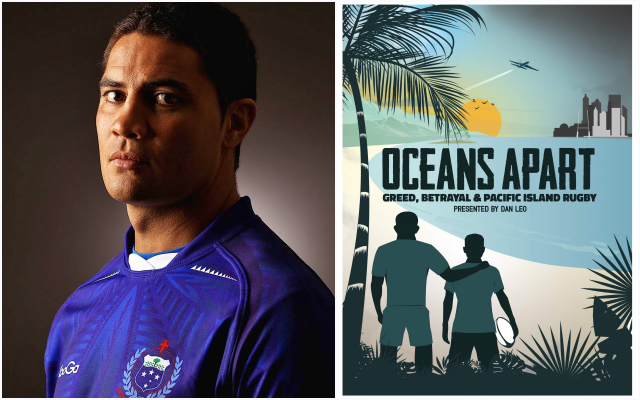 END_OF_DOCUMENT_TOKEN_TO_BE_REPLACED

Having played 39 times for Samoa, including at two World Cups, Dan Leo can certainly attest to how players from the 'Tier 2' nations were put under a lot of pressure by clubs over representing their countries.

"That run-in to Tests that – only having, at times, three or four days to get together and get your combinations good enough to test some of the bigger nations who might have had three or four two-week camps - is very difficult."

"There’s so many issues affecting Pacific Islands rugby," Leo commented, "particularly due to our lack of resources. A club like Bristol, Ian, you would have seen those players struggling, at times, to go away and get that cooperation between the club and the Pacific Island unions, and that’s with Pat Lam as your coach, and he’s probably a lot more sympathetic than a lot of club coaches that are out there.

"God forbid when I was playing that you ever returned back from playing for Samoa injured. And that’s at the very pinnacle of the game. You go down a couple of levels – we’re having to draw a lot of our players from the second division in France, for instance – it gets harder and harder to even have those conversations, to get clubs to release you, when you know you’ll basically have to forfeit your months’ salary while you’re away. It’s difficult for the players at the top, at Bristol, and even more so for the guys that are below the top divisions."

Having watched Oceans Apart, Considine was struck by the poverty in the Pacific Islands and players feeling the financial necessity to take contracts abroad, even in the lower divisions of European rugby, so they can support families with salary wired back home.

"Those are actually, really valuable things that should be celebrated. It’s a great honour for those players to be able to do that, but it’s just a shame that it comes to the detriment sometimes, particularly once they are no longer wanted by those Tier 1 nations, that they can’t come back and give back to the Pacific Islands if they’ve still got something to give.

"That situation can’t change, where our Pacific Island players are able to represent other nations, because they do that very proudly. Even in Ireland there, you’ve guys like Bundee Aki and Sene Naoupu in the women’s game, representing. They consider themselves, you know, Irish Pacific Islanders! And that’s reflective of the world, and society today."

Among the myriad of items Leo would love to see properly debated, thanks to PRPW and Oceans Apart, would be the Tier 1 nations, including Ireland and England, ceding some of their power, a fairer distribution of money when Pacific Island nations tour other countries and players that have represent other nations in Test rugby to be permitted to line out for Fiji, Tonga and Samoa again when they have been deemed surplus to requirements again.

Above all else, though, he would just love to see a little more fairness out there, and a seat at the table.

"As they say, if you don't have a seat at the table," Dan Leo remarks, "you're probably the one being eaten!"

'Oceans Apart' is available to watch, on demand, on Vimeo here.


popular
Talksport presenter puts Martin O'Neill to the pin of his collar over Declan Rice and Jack Grealish
World Cup Power Rankings: The top eight pundits of the tournament so far
World Cup Power Rankings: The top 10 players at the tournament ahead of the quarter-finals
Rory McIlroy explains 'falling out' with Shane Lowry that lasted a few years
Ariel Helwani shares Paddy Pimblett WhatsApp messages as spat becomes public
Roy Keane scores winning goal past Micah Richards in ITV v BBC pundits match
Ballyhale's Colin Fennelly felt Ballygunner's victory speech was disrespectful
You may also like
2 weeks ago
Alternative World Rugby Dream Team selected, with two extra Ireland stars
2 weeks ago
"Two Irish players are best in the world" - Rugby reacts to big Josh van der Flier and Terry Kennedy awards
2 weeks ago
Two baffling omissions as four Ireland stars make World Rugby 'Dream Team' of the Year
2 weeks ago
Josh van der Flier claims World Rugby Player of the Year at Monaco ceremony
2 weeks ago
"Highlight of my Ireland career" - Behind the scenes as Jack Crowley and Ross Byrne covered for a legend
2 weeks ago
Bundee Aki reminded us all of his best qualities, on a night Ireland couldn't do without him
Next Page