"I don't know what shape they'll be in when they get to Munster!"

This summer was supposed to see Damian De Allende and RG Snyman put up their feet and take a well-earned break after a Top League campaign that came hot on the heels of South Africa's World Cup triumph in Japan.

The Springbok duo were two of the side's star performers as Rassie Erasmus and Siya Kolisi led them to their third ever World Cup triumph. Their signings for Munster were big news, late last year, and many supporters were even hoping they could be persuaded to get over to Thomond Park earlier than the summer of 2020.

Both men remained on in Japan, though, to finish out their club commitments with their Top League franchises. That season, like every other in rugby, has been postponed and there are serious doubts if it will get to finish out as only six rounds had been completed when the Covid-19 pandemic set in.

Should the Top League season be voided, or wrapped up early, the South Africans will be hoping to be permitted to head to Ireland and start up with Munster.

On the latest episode of Baz & Andrew's House of Rugby, former South Africa captain Jean De Villiers spoke with Barry Murphy and Andrew Trimble about the pair and his fleeting involvement in the moves. 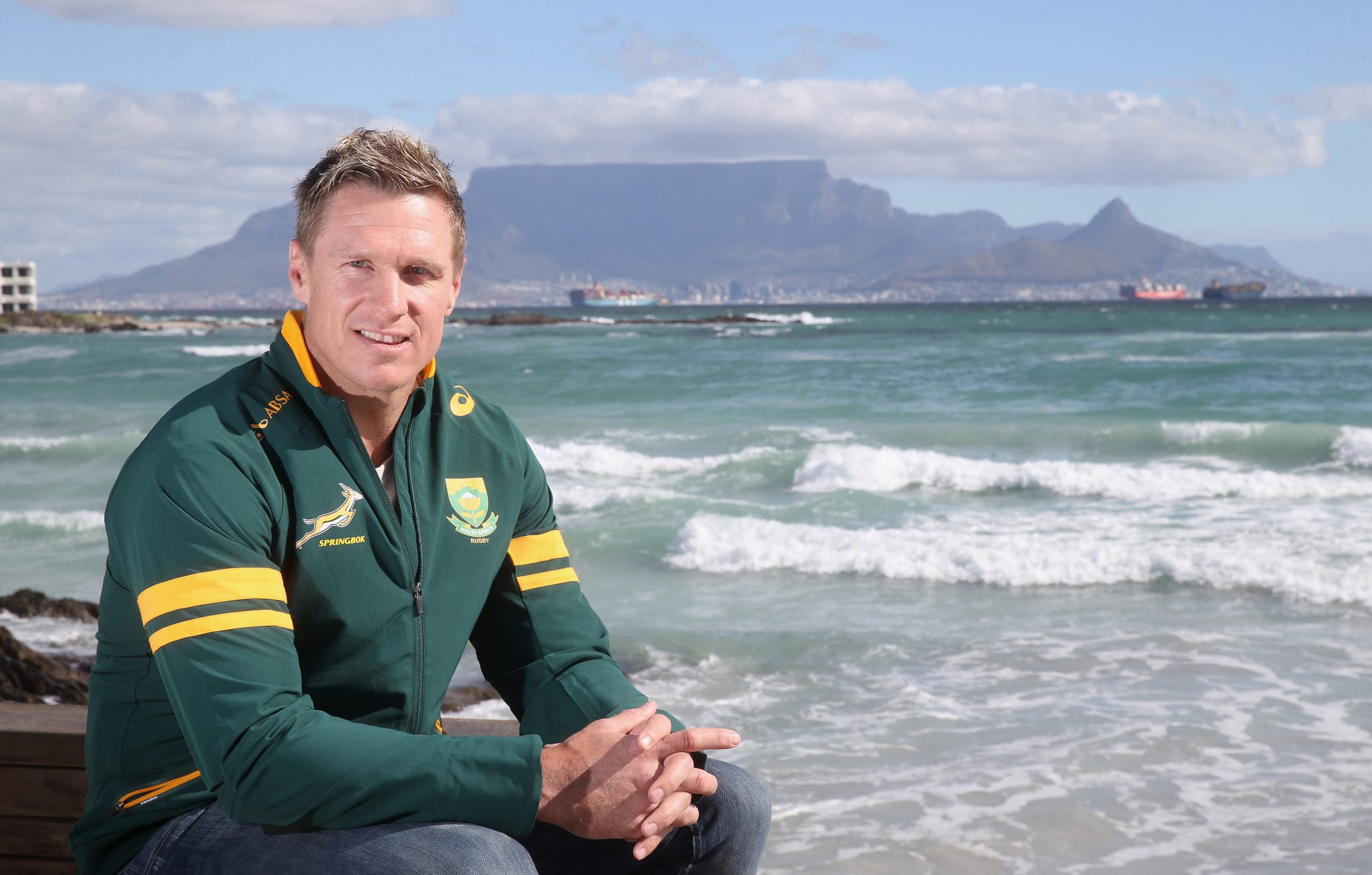 "Two good players, that, and I think they'll be terrific for Munster, when we eventually get playing again," says De Villiers.

"I think both of them are still stuck in Japan. So their rugby season was obviously stopped but they couldn't get back to South Africa. So I don't know what shape they'll be in when they get to Munster!"

END_OF_DOCUMENT_TOKEN_TO_BE_REPLACED

De Villiers, who played the 2009/10 season with Munster, was said to have alerted his old team to the fact that Snyman and De Allende could be on the market. He laughed, though, when Murphy referred to him as 'Agent Jean'.

Trimble has been struck how Snyman - all 6-foot-10 of him - has looked like 'a dad playing mini rugby' as he marauds around the Japanese Top League.

"He's got unbelievable skills too," says De Villiers. "I'm sure the guys weren't that big when we were playing. People are just getting bigger. He's a massive human being but with an unbelievable skill level for a lock forward.

"And Damian, who I played a lot of rugby with when I was at the Stormers, I thought he had a fantastic World Cup and, yeah, two very good signings for Munster."

Murphy and Trimble expanded on the size and power of Munster's new recruits and how De Villiers got the inside scoop on their moves to Limerick.

"Do you find watching rugby nowadays," Trimble asked the Springbok legend, "and you’re like, ‘How on earth did we compete with any of these?’ The size of the fellas now.

"De Allende was unbelievable on that tour, when we were in South Africa in 2016. I think he was maybe only coming through. It was Faf du Klerk and him were the two guys kind of coming through at that stage. He was incredible that game, especially the Second Test in Johannesburg."

TRIMBLE: And good lads? Right enough, did they call you? Did they have a chat before they came over, or before they decided?

DE VILLIERS: Yeah, I actually spoke to them at the World Cup. So I went over for the first four weeks, when they were busy with the negotiations, and Damien, he couldn’t say too much, obviously, at that stage. But he said I’d be very happy with his decision. And I just said, ‘Well, good on you then. It’s a great club and you’ll love it there’. They’re two really good guys and, from a social point of view, they’ll add value as well.

MURPHY: Brilliant. I’ll check them out, so. I’ll look after them!

DE VILLIERS: No. Stay away, Baz!

TRIMBLE: Look after them by staying away.

END_OF_DOCUMENT_TOKEN_TO_BE_REPLACED

International travel may not resume, even with restrictions, until July so Munster will be staying in touch with their new South African signings remotely. When there is clarity, they will be brought into the loop via Zoom and introduced to their new teammates.

Two World Cup winners, raring to go but knowing their much-anticipated arrivals in Limerick will have to wait a while.


popular
In 86 seconds, Patrick Bamford becomes English football's voice of reason
'Make him hurt, make him yours' - How the Springboks ruled the world
Jose Mourinho is about to step up and become the hero football needs
Springboks legend Tendai Mtawawira tells us what he really thinks of Ellis Genge
'Beast' Mtawawira is a big fan of Mike Ross' Lions front row
Ugo Monye's revised Lions XV dominated by Welsh and Irish
"We did find him hours later and we made up." - How Flynn and his best friend came to blows in Croke Park
You may also like
3 weeks ago
Everything you need to know about this year's Fairyhouse Easter Festival and Irish Grand National
1 month ago
5 really simple fitness tips you can do at home
1 month ago
Feeling they're not "good enough" prevents teenage girls from taking part in sport, research reveals
3 months ago
Marcell Coetzee tells House of Rugby about his vow to Ulster
4 months ago
Visit Vodafone’s Pop-Up Shop at JOE with heaps of offers on smartphones, smartwatches and more
4 months ago
"If you don't have a seat at the table, you're probably the one being eaten"
Next Page