CJ Stander, Bundee Aki and the lasting impression they made on Irish rugby

"Me and Bundee bounce off each other a bit, now."

Conor Oliver and Bundee Aki on the same team together is a recipe for a rip-roaring match. The flanker and centre are chalk and chalk when it comes to bringing the fight to opposition teams.

Oliver narrowly missed out on Six Nations squad selection, but he is looking forward to reuniting with Aki once the championship wraps. Connacht have Leinster over two legs in the Champions Cup 'Last 16' and need to be peaking over the final stretch to give themselves a chance of securing top-level European rugby next season.

On the latest House of Rugby URC [LISTEN from 36:30 below], Conor Oliver spoke about the most intense players he has trained and played with. Bundee Aki was one of the two he named, and he sounds like a demon on the training field. 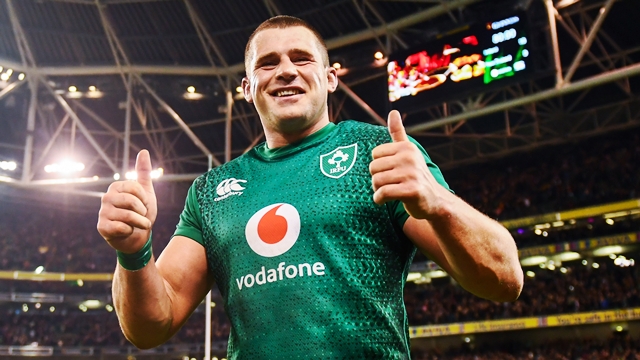 END_OF_DOCUMENT_TOKEN_TO_BE_REPLACED

Having been with the Leinster academy before moving on to Munster and Connacht, where he is currently starring, Conor Oliver has played with and against the pick of this country's players.

During a round of fan-submitted questions, Oliver was asked what teammate brought the most intensity to training. Oliver commented:

"CJ Stander, definitely. He was excellent in training. He used to pull me up, all the time, and do extras. Tackles after training; that stuff. He was that kind of a player. A great trainer and a great player.

"He had such a great work ethic, too. That is why he is one of the best players here over the last few years. The amount of work he gets through in training, then he brings it in matches as well." 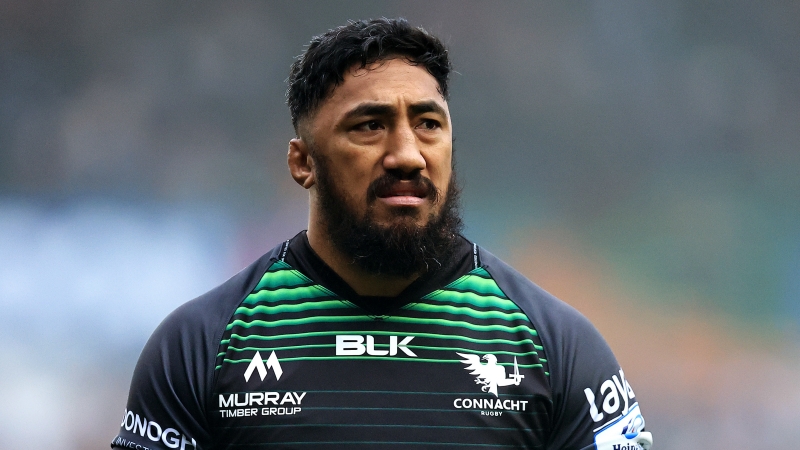 Bundee Aki of Connacht looks on during the Heineken Champions Cup match against Leicester Tigers. (Photo by David Rogers/Getty Images)

END_OF_DOCUMENT_TOKEN_TO_BE_REPLACED

Asked by Greg O'Shea what Connacht and Ireland centre Bundee Aki is like to train and play with, Oliver smiled.

"Bundee is great, as well. I was just remembering, with CJ, what it was like as a young lad to come in and train with him. It was like, 'Jesus Christ, this guy!', you know?

"I'm older now and have trained with more people, but Bundee is... he's probably louder in training than he is on the pitch. And I know people may not think that, but he is.

"And that's what makes training so competitive - he's hollering and everything, and getting lads riled up. But that's what you need, you need a competitive environment. And if you don't have that in training, you're not going to have it in a match.

"Me and Bundee bounce off each other a bit, now. I like how he plays the game - he has that aggressive mentality, and I like that. He's a nut job, but he's a good one!"

Aki has a reputation for being a main motivator for his team and a needle merchant for the opposition. As Oliver, and many other teammates, would attest to, the centre backs up his on-field chat with all-action performances.

Both Stander and Aki went through World Rugby's three-year residency rules [now extended to five] to represent Ireland. Both men had their share of detractors - as have many others that came before and after them - but Oliver's recollection shows how they have had a lasting impact on this generation of Irish rugby players.

During his appearance on the show, Oliver also revealed that he had a phone conversation with Ireland head coach after he missed out on Ireland's Six Nations squad. After a strong, consistent run for Connacht, he was disappointed to miss out on the championship, but encouraged to know he is on Farrell's radar.


popular
Roy Keane flatly rejects longstanding perception of ex-Man United midfielder Paul Ince
Allianz National Football League Round 1: All the action and talking points
Sean Dyche set to be named Everton manager after Marcelo Bielsa talks break down
British publication urges Gareth Southgate to claim Evan Ferguson for England
"Not cool" - Jurgen Klopp far from happy with question about late Liverpool fouls
John Egan breaks Wrexham hearts and denies Ryan Reynolds a Hollywood ending
Roy Keane leaves ITV pundits in stitches after Pep Guardiola's pre-match interview
You may also like
3 days ago
The two toughest calls in Ireland team to face Wales are in the backline
4 days ago
"He didn't give me that jersey back!" - Johnny Sexton on new rival Jack Crowley
6 days ago
Robbie Henshaw on his life-long friendship with Bundee Aki and Netflix documentaries
1 week ago
Munster get brutal Champions Cup draw as Leinster face Ulster in Last 16
1 week ago
“He's gonna be pi**ed when he hears this!” – Anthony Watson's Vegas trip with Tadhg Furlong
1 week ago
Kieran Treadwell the most unfortunate Ireland player to miss Six Nations call
Next Page