Conor Murray came to Dublin town tonight to win a game of rugby.

END_OF_DOCUMENT_TOKEN_TO_BE_REPLACED

Murray had a 10/10 when we beat New Zealand in Chicago and he was damn well close to getting it again this evening. He harried, probed, darted, dinked, tackled, foraged and slung like his life depended on it.

As his teammates floundered, he kept his cool and kept talking. You could hear him, through the Reflink, urging on his forwards and barking at his backs. He knew the test had been put to his team but he was confident they could get it done.

Ireland's championship challenge was not ending in Dublin on February 25. He wasn't having it.

His sniping try, off an Ireland surge, was typical of a player that backs himself to score big tries. He has seven Ireland tries in the past 18 months against some of the best teams in world rugby. He also pinged over a crucial penalty in that Chicago triumph.

END_OF_DOCUMENT_TOKEN_TO_BE_REPLACED

When the game was won and four more championship points in the bag. Murray came off with three minutes to play and got the biggest ovation of the night. As he left the fray, his name was hollered out as man of the match.

After the game, everyone wanted a piece of him but Murray had already moved on. 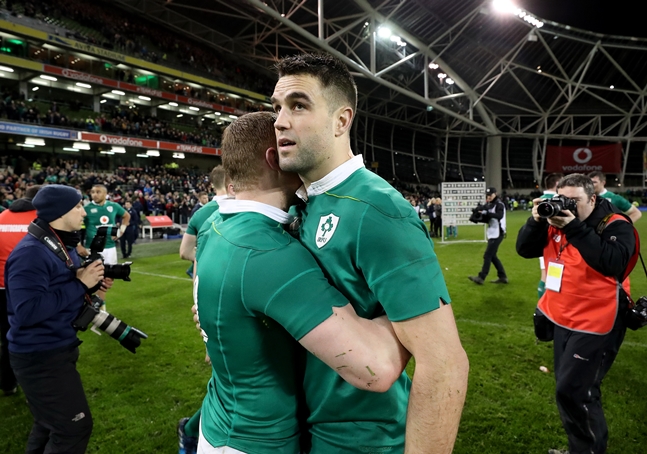 He was hauled in by RTE's Claire McNamara for a post-match interview and had a medal dangled around his neck.

No sooner had the medal rested on his chest than it was whipped off.

Murray talked about missed chances and areas to improve for the next game before praising Ireland's steel.

"To miss a few chances is frustrating but a win on the cards and we're still on the hunt for this championship."

We are still on the hunt.

He posed for a picture with the medal back on but it was gone again as soon as the flashes stopped. And still, people wanted to congratulate him. You couldn't blame them but Murray's eyes were fixed. 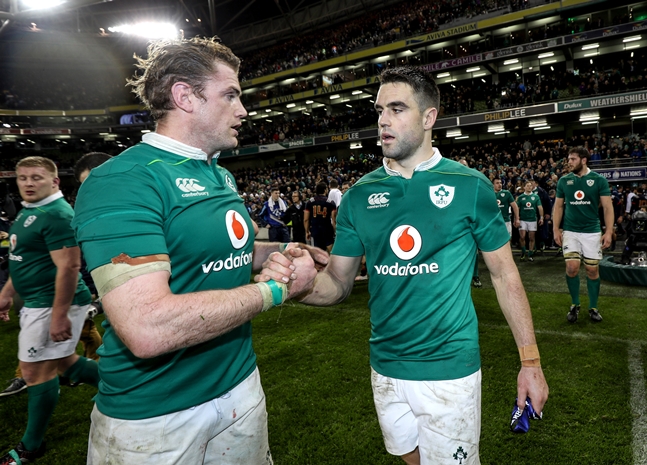 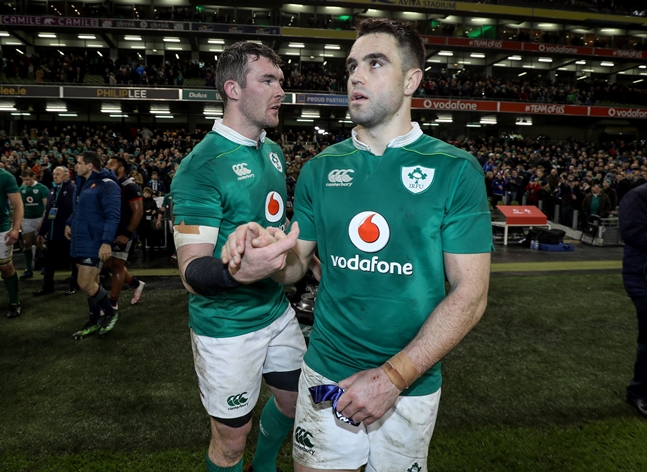 STILL ON THE HUNT.


popular
Roy Keane handled Gary Neville’s goal celebration as most Irish fans would
Roy Keane cracks up ITV pundits with description of Senegal supporters
World Cup 2022 Day 15: All the major action and talking points
Ronaldo finally reveals why he got that hideous haircut
Damien Duff makes 'brutally honest' England World Cup prediction after Wales win
Mauricio Pochettino on Kylian Mbappe and rumours that he's 'difficult'
World Cup 2022 Day 14: All the major action and talking points
You may also like
2 days ago
Shay Given on how far Ireland could've gone at the 2002 World Cup with Roy Keane in the team
3 days ago
From Ireland to Argentina: Alexis Mac Allister's Irish roots explained
1 week ago
Former England international admits he wishes he had played for Ireland
2 weeks ago
Two baffling omissions as four Ireland stars make World Rugby 'Dream Team' of the Year
2 weeks ago
Josh van der Flier claims World Rugby Player of the Year at Monaco ceremony
2 weeks ago
"Highlight of my Ireland career" - Behind the scenes as Jack Crowley and Ross Byrne covered for a legend
Next Page