"Ireland's rise over the last 10 years has had a lot to do with him."

A strong defence of Conor Murray from players that have done battle with him over the past decade.

Earlier in the week, World Rugby announced their Team of the Decade (below) and named former All Blacks captain Richie McCaw as Player of the Decade.

There were two Irish inclusion in the XV - Brian O'Driscoll and Conor Murray - while there were no English or Scottish player. George North was the sole Wales representative, on the right wing. 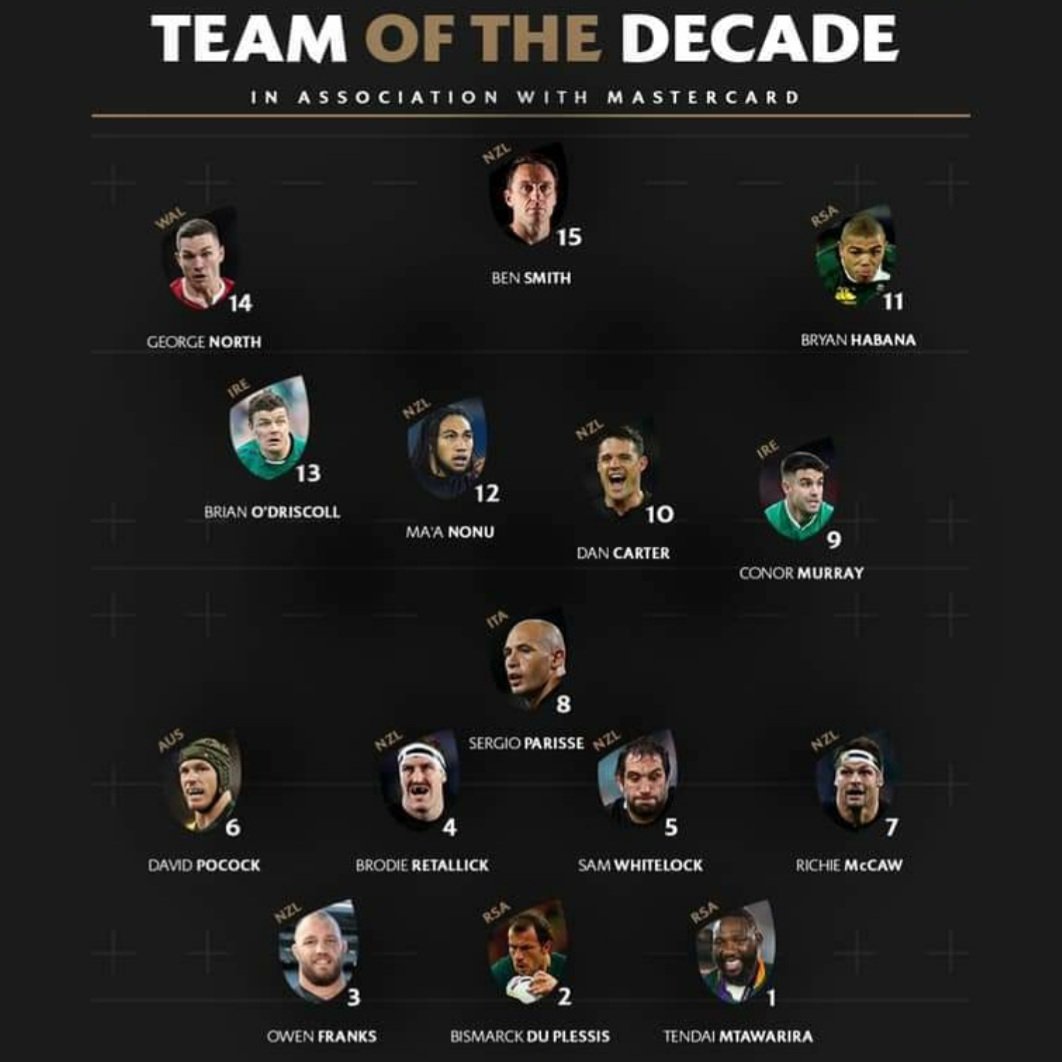 Discussing that selection on House of Rugby, Saracens and England stars Jamie George and Alex Goode agreed with many of the calls but had a few selections of their own. George commented:

"With all this - and there's an interesting part of this - if it's the Team of the Decade, do they not have to have played for all, or most, of the decade. I don't know. There's a couple of people who retired in 2015, which I find interesting. But, all in all, I'd go with that front row. They'd be pretty horrible to go against."

George mentioned All Blacks hooker Dane Coles as a potential starter while Goode argued the case for veteran England tighthead Dan Cole. There was not much argument about the second row pairing of Brodie Retallick and Sam Whitelock, although George asked, "Could you throw Maro Itoje in there? He has been around since 2015."

George 100% agreed with the flanker calls of David Pocock and Richie McCaw but took issue with Italy's Sergio Parisse getting the nod at No.8. "I disagree with Parisse, fundamentally," added Goode. "I don't think at any stage has he been the world's best at No.8 over the decade. Not that you just want to keep picking All Blacks, but you've got Kieran Read there, who has captained his country for 40-odd Tests and has played the whole decade. He has to be in there and, if not him, Billy Vunipola." 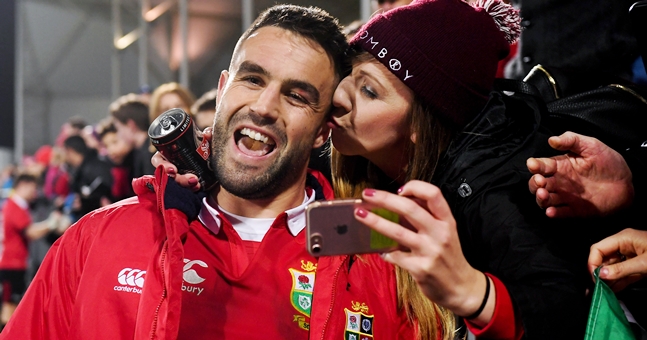 A supporter sneaks a kiss on Conor Murray during the British & Irish Lions' 2017 tour to New Zealand. (Photo by Stephen McCarthy/Sportsfile)

END_OF_DOCUMENT_TOKEN_TO_BE_REPLACED

Moving on to the half backs, Goode said that there could not be too much argument over Dan Carter getting the 10 jersey, although 'Johnny Sexton and Owen Farrell would be close'. When it came to Conor Murray being named as scrum-half, both English players spoke highly of the Munster man. Goode declared:

"There's been a lot of talk about playing Aaron Smith as the 9. I think Conor Murray is a phenomenal player. If you look at what Ireland have done and his influence on the Lions, in 2017, was incredible. I think he's a brilliant, brilliant player, and Ireland's rise over the last 10 years has had a lot to do with him. There's obviously been Sexton and other guys but he has had a massive impact. I quite like that as a pick."

George, who toured with Murray in 2017, then moved on to the centre pairing of Ma'a Nonu and Brian O'Driscoll and argued the case for Manu Tuilagi. "There are no English players in there, which is bugging me!"

When George glowingly described O'Driscoll and Nonu as 'just freaks', Goode joined in by saying the former Leinster and Ireland centre was arguably the greatest player the northern hemisphere has ever produced. Still, he pointed out that O'Driscoll was at his peak from 2000 to 2010 and says he would have selected Wales' Jonathan Davies in this Team of the Decade.

Moving to the back three, there was not an argument to be heard against All Blacks legend Ben Smith at fullback while both Bryan Habana and George North got two thumbs up.