"There was no need to apologise. It was pure bad luck" - Conor Murray

"Not that type of player."

Some eagle-eyed rugby supporters in the UK believed Peter O'Mahony was always going to get sent off as he was too fired up in the pre-game anthems.

Those supporters must have never seen Peter O'Mahony belting out Amhrán na bhFiann or Ireland's Call before. 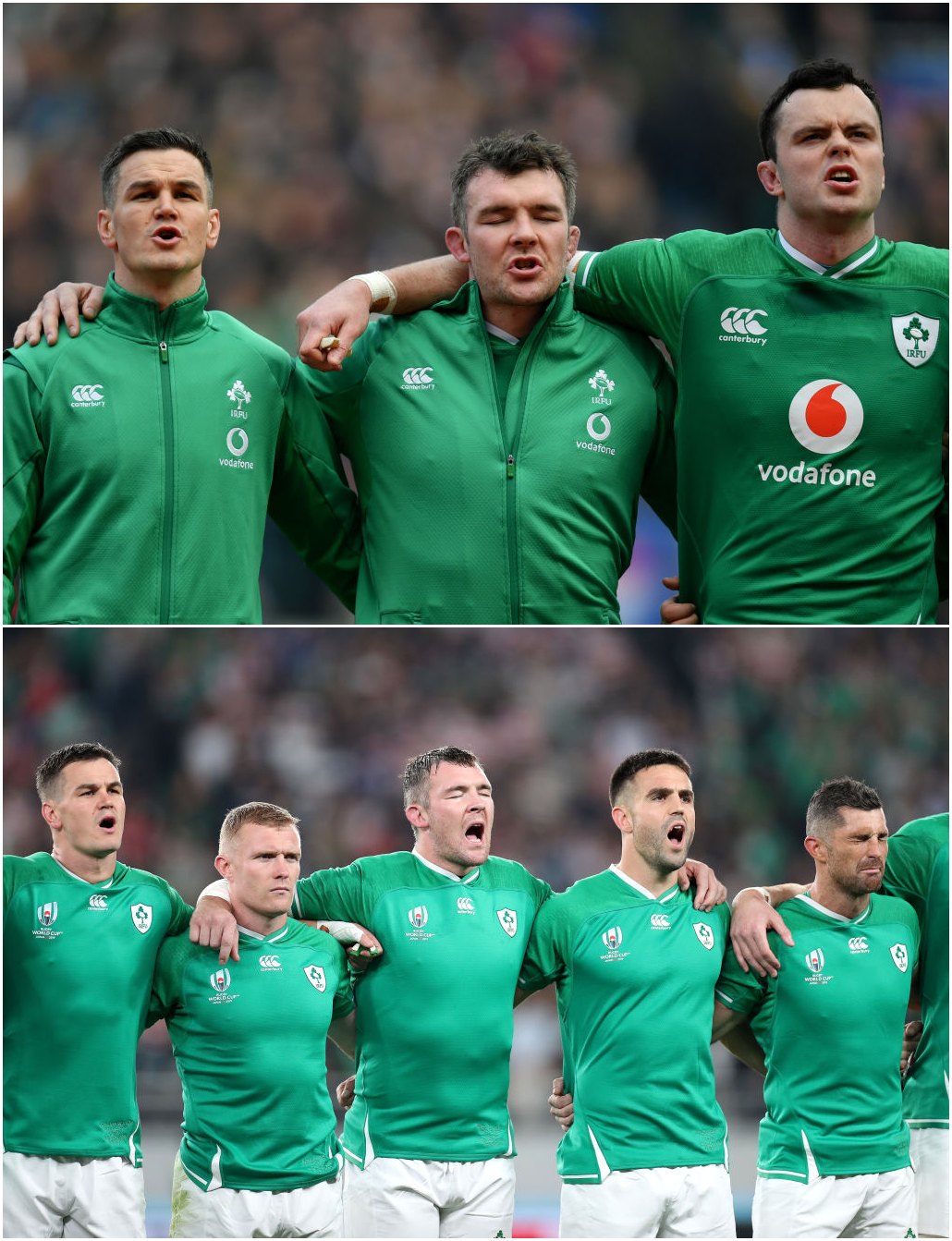 END_OF_DOCUMENT_TOKEN_TO_BE_REPLACED

Some that watched Ireland's game against the Welsh felt that O'Mahony was giving off the sort of body language, in those opening 10 minutes, that suggested he was unhinged or on the fast-lane to a red card.

Again, they must not have seen much of O'Mahony in action before. Fired up is where he starts a game. Your 10/10 is his 4.

END_OF_DOCUMENT_TOKEN_TO_BE_REPLACED

Peter O'Mahony was going out to make an impact on the game. As Sean O'Brien, his old Ireland teammate, noted on House of Rugby, the Munster flanker would have been drilled to get Justin Tipuric out of any rucks he could.

13 minutes into Ireland vs. Wales, at The Principality Stadium, O'Mahony spotted that blue scrum-cap of Tipuric and got to work. Tomas Francis, the Welsh prop, was stuck in there too. O'Mahony would have piled in to try clear both men out.

He was reckless, though. Head down, driving forward, he went flying in and his elbow clattered into Francis. It is lucky the Exeter forward is made of sturdy stuff as it was quite a wallop.

END_OF_DOCUMENT_TOKEN_TO_BE_REPLACED

Wayne Barnes said play on but the slow-motion replays did O'Mahony no favours and he had to go. Ireland played over 67 minutes with 14 men and were close to pulling off a victory that was unlikely the moment Wayne Barnes flashed his red card. Post-match, Andy Farrell said:

"Pete's gutted as well. Guys don't do this on purpose, to get sent off and hamper the performance of the team. They care about the team and their team-mates deeply so obviously Pete is hurting at this moment in time. He's done a lot of good things for us in the past and I'm sure he'll do the same for us in the future."

O'Mahony faced a disciplinary board, on Tuesday, and received a three-game ban that will see him miss the France, Italy and Scotland games. During his press appearance this afternoon, Conor Murray spoke in defence of his Munster and Ireland teammate. 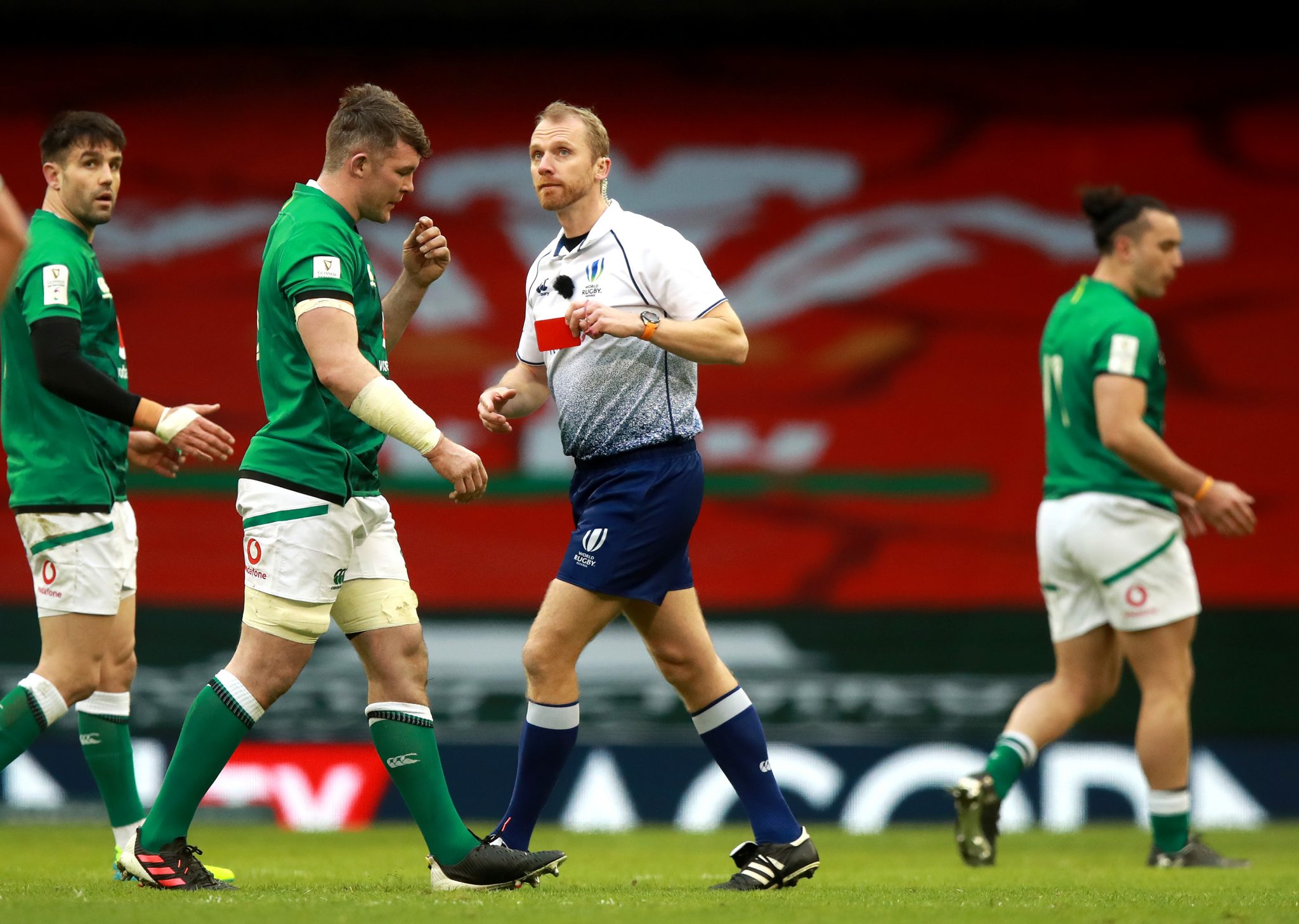 Asked if O'Mahony had apologised to the squad, Murray responded, "He didn't need to.

"It's not like he swung out at someone, or attacked someone. It was a genuine mistake. I think a lot of unlucky things came together for him… for Tomas Francis' head to be in that position, it was unlucky for Pete.

"You could see him going into the ruck, there was no malice in it. He was trying to do his best for the team and make ruck ball really quick. It's a red card at the end of the day, it's contact with the head, which we all know, but Pete didn't mean that.

"He wasn't trying to go and hurt someone. He was trying to do his job and he was really unlucky. He's bitterly disappointed, but there was no need to apologise. It was pure bad luck. He's not that type of player."

With O'Mahony out of the selection picture for the next three games, Ireland may switch CJ Stander back to blindside with either Rhys Ruddock or Jack Conan starting at No.8.


popular
"I remember just hugging this Irish guy" - How one Kiwi rugby star reacted to Ireland's historic series win
Mario Balotelli, Luis Suarez, Fernando Torres and why Rio Ferdinand "hated them"
"I don’t trust you" - Joey Barton delivers brutal dismissal of Irish defender
Down county football is in tatters, but Conor Laverty is the man to piece it back together
"I'll ask for everyone that comes to the game to wear purple and roots for us" - Pat Fitzgerald
Man United target two new forwards as desperate search for a striker goes on
Former manager Paudie Murray doesn't spare Cork after camogie final loss
You may also like
1 week ago
“My confidence was on the deck" - Aaron Connolly explains why he has made the move to Italy
2 weeks ago
Every Irish transfer in football, this summer, as several big deals get done
2 weeks ago
Six Irish players make damn impressive 'World XV' that would take some beating
3 weeks ago
The frontrunners for Ireland's 33-man squad for the 2023 World Cup
3 weeks ago
All Blacks media manager explains why Ian Foster appearance was cancelled after Ireland defeat
3 weeks ago
Warren Gatland selects nine Irish players in his strongest Lions XV, right now
Next Page