The Munster man fired up his teammates, but a staunch Springbok defence still won the day.

Conor Murray was awarded the greatest honour of his rugby career, to date, then had to bide his time after Covid issues affected the British & Irish Lions.

The Munster and Ireland scrumhalf had gone from trying on the Lions gear, in early 2021, and trying to visualise him being out in South Africa, to being named stand-in captain after tour captain Alun Wyn Jones popped his shoulder.

END_OF_DOCUMENT_TOKEN_TO_BE_REPLACED

With the likes of Owen Farrell, Dan Biggar, Stuart Hogg and Maro Itoje all in the Lions squad, many expected head coach Warren Gatland to make a safe call. Instead, he asked Murray, who had never captained before, to lead the Lions in South Africa. At the time, the Limerick native said:

"It's something I never thought would be possible. What puts me at ease is that we have such a good leadership group that it means I can continue being myself... That's one of the most important things - that I remain myself and I assume that's why Warren asked me to do it."

An in-depth documentary on that Lions tour to South Africa, Two Sides, has its' Irish premiere on Virgin Media Four this evening, at 9pm, and it shows Murray making his only pre-match speech as captain of the tourists. In fairness to him, Murray gives it a right, old rattle. 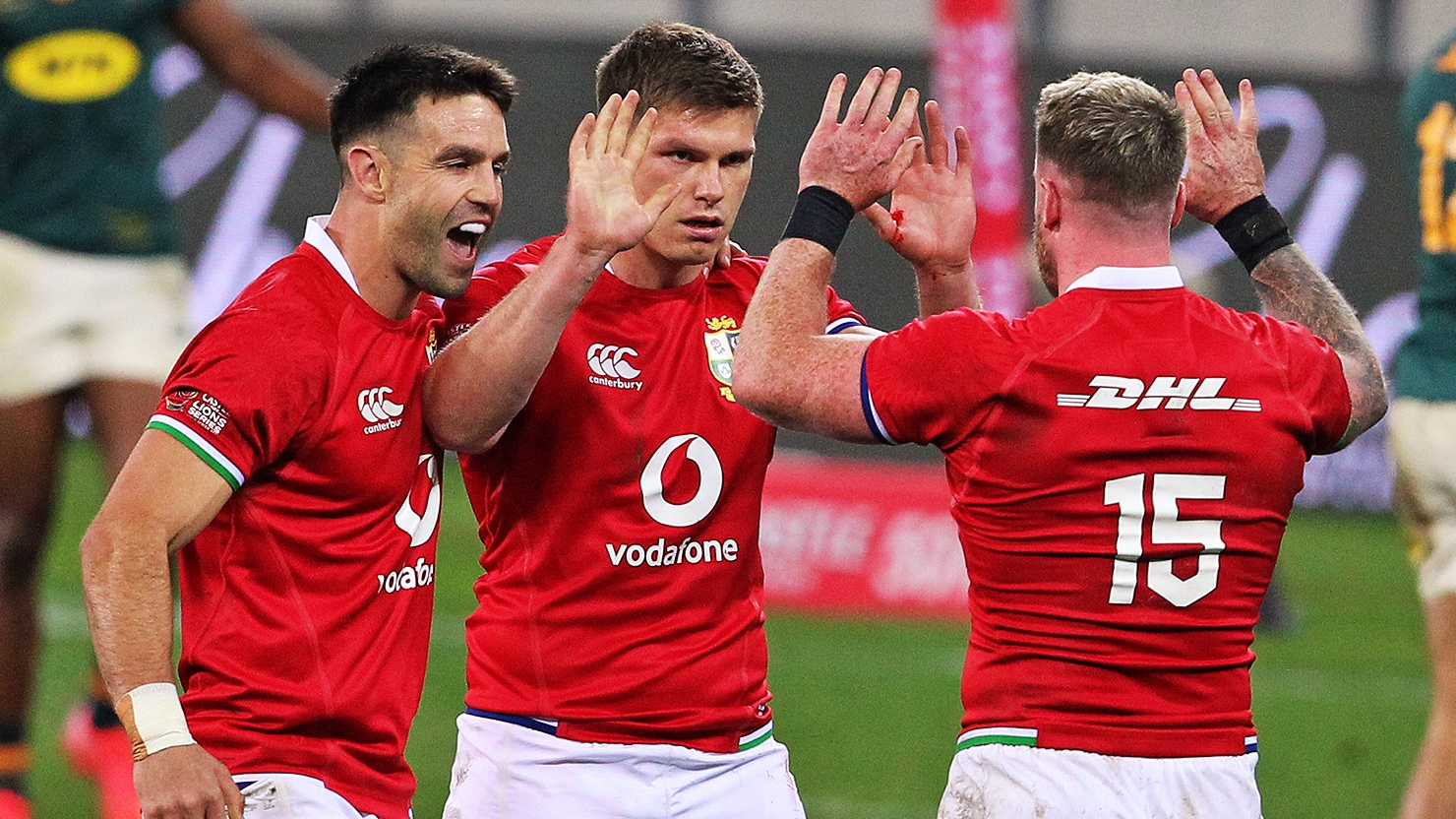 END_OF_DOCUMENT_TOKEN_TO_BE_REPLACED

After he had started alongside Dan Biggar in the warm-up win over Japan, Warren Gatland had planned to give Conor Murray another run-out before the Test Series began.

As it turned out, a positive Covid test for coach Greg Townsend led to 23 Lions players and staff members having to isolate, and miss a game against Sharks. It meant Murray was tour captain but did not start again until the Lions played a stacked South Africa 'A' side.

END_OF_DOCUMENT_TOKEN_TO_BE_REPLACED

With the Springboks having had a warm-up Test against Georgia cancelled, due to positive tests in their camp, Rassie Erasmus and Jacques Nienaber pushed to move the game to Cape Town and fill the 'A' side with Test stars. It would be as close to a fourth Test as any Lions tour in the professional era has ever seen.

"It was my first time captaining them," says, during the 'Two Sides' documentary. "It was a really, really proud day for me and my family."

Even with that match, there was a late disruption. Josh Adams' partner, back in Wales, went into labour with their first child. The winger would be a late withdrawal as he supported his partner over FaceTime, as she gave birth to a healthy daughter they would call Lottie.

Gatland brought Adams' Welsh teammate Liam Williams into his starting XV and cameras focused in on captain Conor Murray getting some final words point to his teammates. He declared:

"With this f***ing talent, there should be no fear. We should be full of f***ing confidence.

"Discipline. That's the only thing that people really question us on. We're going out to physically dominate them in every f***ing aspect of the game today. Alright?"

While he would have addressed the squad at other points, even in the dressing room before games, this was the first big match of the tour and the first one he was starting after landing in the Rainbow Nation.

Despite having won their first four tour games - racking up 209 points in the process - South Africa 'A' got off to a flying start before fronting up physically all over the pitch. Williams was thumped in three lusty tackles and did not make it to the half-time break. At that time, the hosts led 17-3.

"The Lions played beautiful, linked up, high tempo, passing rugby against all our franchises," noted former Boks flanker Schalk Burger. "They couldn't do that against the Boks. They realised that they can't go around us - they've got to go through us first." 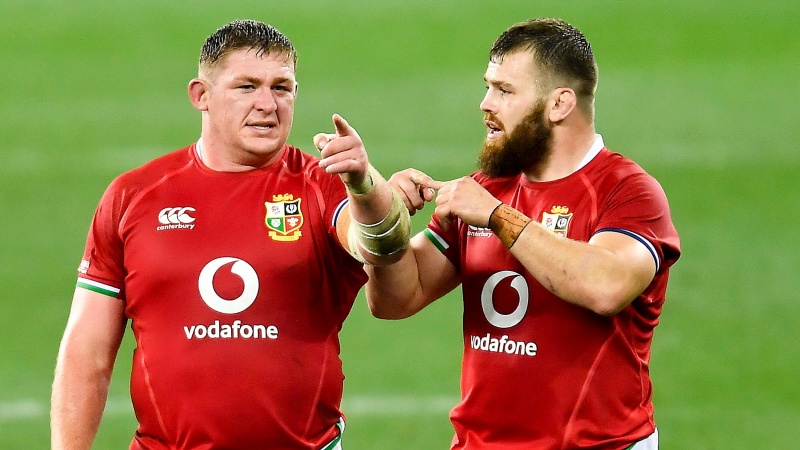 Back in the visitors' dressing room, Conor Murray took the baton from Gatland with his team talk. The South Africans were down to 13 men, after two yellow cards late in the first half. Both Gatland and Murray how vital and early score, or two, was. Murray proclaimed:

With those words ringing in their ears, the Lions tore into the 'A' side and scored an early, converted try through prop Wyn Jones.

The hosts would not score again, and Owen Farrell made it a one-score game with a 50th minute penalty, but that was as good as it got. Once again, the South Africans dug deep and made a host of big defensive plays. Murray and his teammates would lick their wounds and prepare for the Test Series, knowing now exactly what it would take to get over the line.

They would go into that series with tour captain Alun Wyn Jones back, too. 18 days after popping his shoulder out, the Welsh lock was back and it was he that would lead them against the Springboks. Murray was on the bench for the First and Third Tests, but would start the Second. The Boks won the series 2-1.

*The first of the three-part documentary series, Two Sides, will air on Virgin Media Four this evening from 9pm.


popular
World Cup 2022 Day 12: All the major action and talking points
The FootballJOE Qatar World Cup 2022 Geography Quiz
From Ireland to Argentina: Alexis Mac Allister's Irish roots explained
France demand FIFA change result of World Cup defeat over 'rule break'
Cristiano Ronaldo 'agrees £173m-a-year deal' with Saudi club
"Nowadays, even if I don't hit a ball, I don't care as long as we win" - Gleeson learning from the past
Castleknock's Warnock the hero as Maynooth win first ever Ryan Cup final
You may also like
1 week ago
"Two Irish players are best in the world" - Rugby reacts to big Josh van der Flier and Terry Kennedy awards
1 week ago
Two baffling omissions as four Ireland stars make World Rugby 'Dream Team' of the Year
1 week ago
Josh van der Flier claims World Rugby Player of the Year at Monaco ceremony
1 week ago
"Highlight of my Ireland career" - Behind the scenes as Jack Crowley and Ross Byrne covered for a legend
1 week ago
Bundee Aki reminded us all of his best qualities, on a night Ireland couldn't do without him
1 week ago
Peter O'Mahony delivered some fitting Jack Crowley comments after surprise Test start
Next Page