The game that sparked life in a listing inter-pro rivalry had Irish rugby fans talking for weeks.

December 29, 2018 at Thomond Park was the night the Munster-Leinster rivalry got a shot in the arm.

Not only did both sides tear strips off each other, Munster got one over the league and European champions to show they were no easy tie. Leinster have held sway in recent seasons but this was Munster roaring back and leaving some marks in the process. 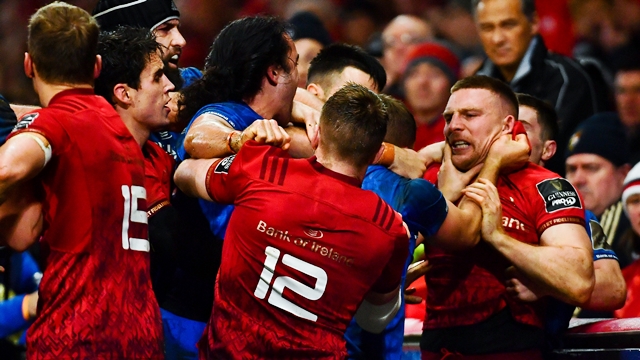 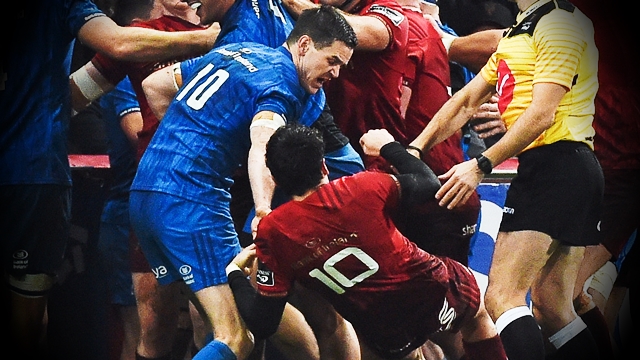 There were few complaints about the bite in the match, at the time, but that game has been brought up since as a possible reason for Ireland's dip in form during the Guinness Six Nations.

Ireland won 11 from 12 Tests in 2018 but, since the fight, they lost two from five in the Six Nations. They finished third in the championship but were well back from Grand Slam champions and, particularly during the off-colour win over Italy, were seen barracking each other, and gesticulating, on the field.

We put that theory to PINERGY ambassador Conor Murray and while he gave it some thought, the Munster scrum-half insisted that interpro dust-up did not bleed into the Six Nations.

"You can see why people would say that from the outside because that was such a heated game... brilliant.

"That’s another sub-plot to all those inter-pros is lads trying to get in, you know because competition is so high in the Irish team, you know, people want to play as much as they can. They want to be involved in that team as much as they can and I think that just showed it."

END_OF_DOCUMENT_TOKEN_TO_BE_REPLACED

Murray acknowledges there was some real bite to that game and that certain encounters could have overstepped the mark. However, no friendships or Irish team bonds were harmed in the making of that pulsating encounter.

Himself and Jordan Larmour (pictured tussling below) are all good. 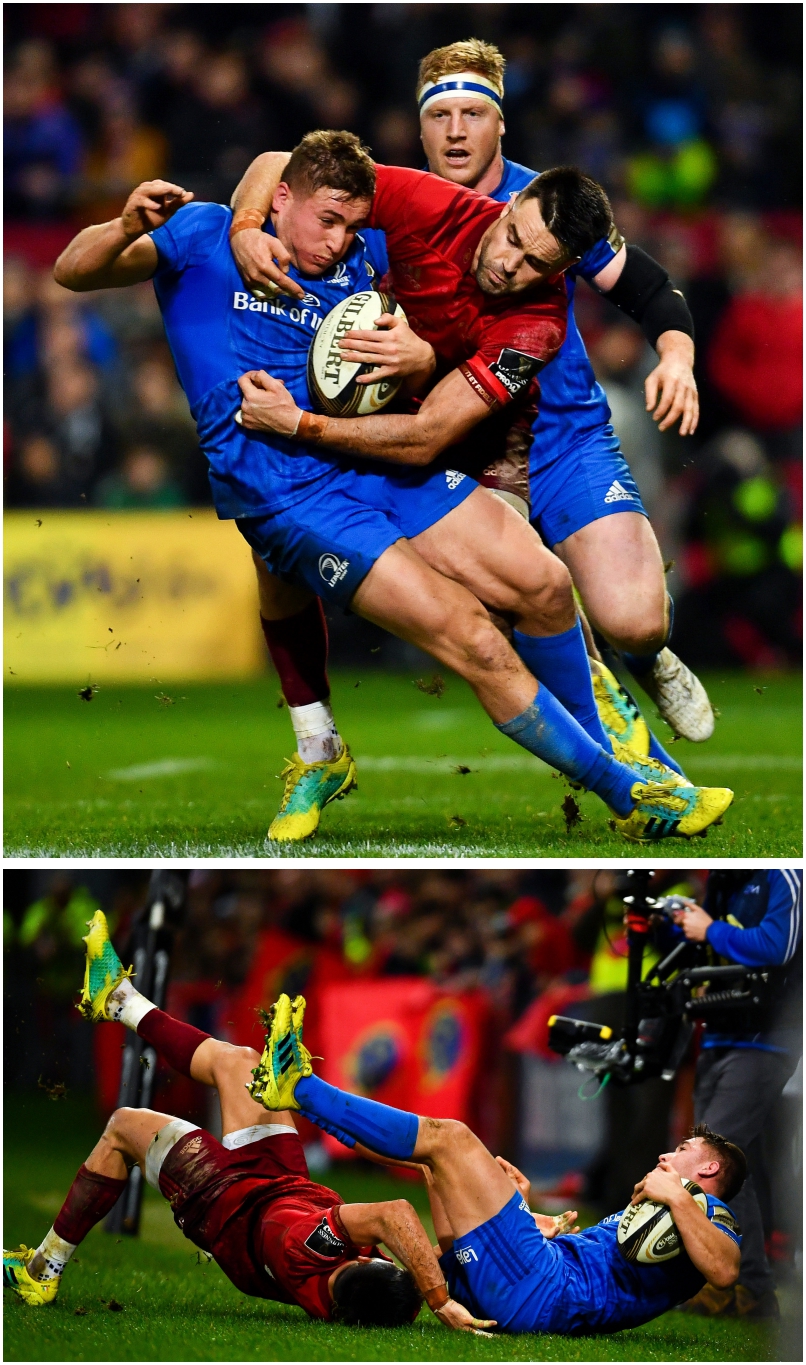 "Since that game," Murray continued, "like a couple of days after the lads were all texting each other, the lads involved in the few bits after.

"Well I know I had an incident with Jordan Larmour where I high tackled him and there was a bit of a scuffle in touch. The next time I saw him we were laughing and joking about it.

"We actually both said, 'Jesus that was a bit of fun wasn’t it?' Because there was no nasty digs or anything, it was just, like it was just on the edge type stuff."

One possible reason for Ireland's less than stellar Six Nations put to bed.

Murray, for his part, insists this Ireland squad are still more than capable of clicking into gear again. With the World Cup following four warm-up games, this autumn, Irish fans will cling to such assurances. 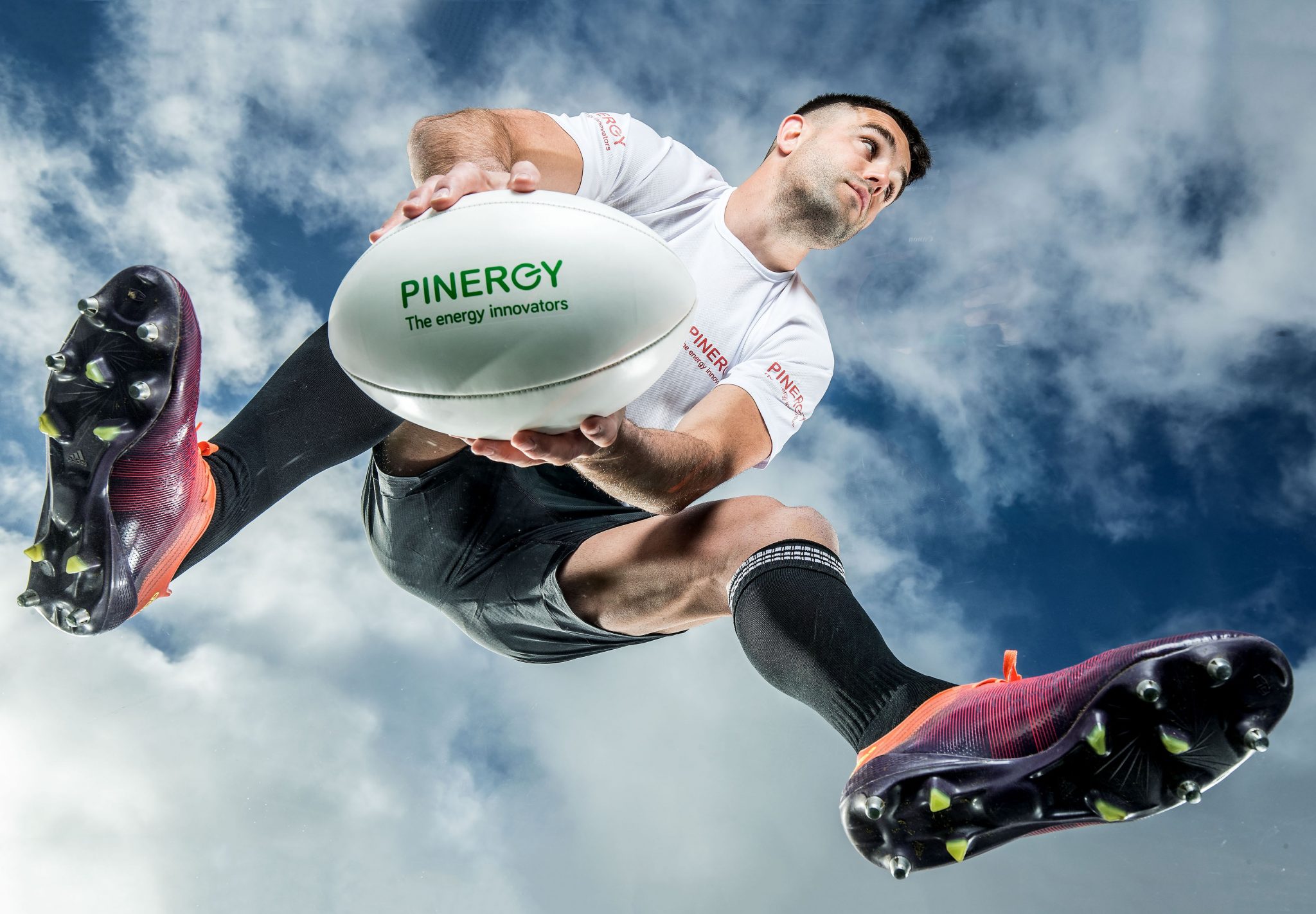 PINERGY, the official energy partner to Munster Rugby, teamed up with its brand ambassador Conor Murray to announce that Munster’s home stadiums, Thomond Park and Irish Independent Park, will now be powered with electricity from fully renewable energy sources. PINERGY will now provide 100% of its electricity from renewable energy sources including wind, solar and wave power which means the stadiums will be reducing their annual carbon footprint from electricity to zero. The development positions PINERGY as Ireland’s first and only specialist smart energy provider to now fully supply all of its electricity to its customers from renewable sources.

popular
The SportsJOE 12 o'clock quiz | Day 113
Jack Charlton's role in getting Roy Keane to Manchester United has been revealed
"Never back against the Irish" - How the BBC covered our USA 94 win over Italy
Roy Keane on the experience of being managed by Jack Charlton at USA 94
Can you name every English football league club that begins with 'S'?
QUIZ: Can you name the first professional teams of these footballers?
Max Holloway's class gesture after controversial UFC 251 loss transcends the sport
You may also like
1 week ago
Peter O'Mahony on the Paul O'Connell conversations that shaped his captaincy
1 week ago
"He just walked out the door without saying goodbye or anything. It was just so Axel. It was so perfect."
1 week ago
"The academy boys have turned into small monsters over the past few weeks" - Peter O'Mahony
1 week ago
Baz & Andrew's House of Rugby - Keith Earls joins us for Season Two finalé
2 weeks ago
"Having one of the best in the world to emulate has been really good"
2 weeks ago
"As a team, we’re ready to take a trophy home now" - Craig Casey
Next Page