With Connacht head coach Andy Friend laying his selection cards on the table, on Tuesday, and announcing his intentions to play a fresh XV against Munster, Conor Fitzgerald sets to get another start against his native province. JJ Hanrahan was delighted to hear of the impending reunion.

Fitzgerald was a promising underage prospect for Munster and played some pre-season and 'A' rugby for them only to be released, at the age of 19, in 2018. Connacht came in for the Limerick native, though, and he has repaid the faith they have shown in him.

Conor's brother Stephen, who can play across the back three, arrived on loan at The Sportsground during his first season with Connacht and both will be part of the squad that end's this season, as well as the 2020/21 campaign.

Fitzgerald has made 16 appearances for Connacht so far and is set to start in the No.10 jersey against Munster when both sides face off at the Aviva Stadium on Sunday. 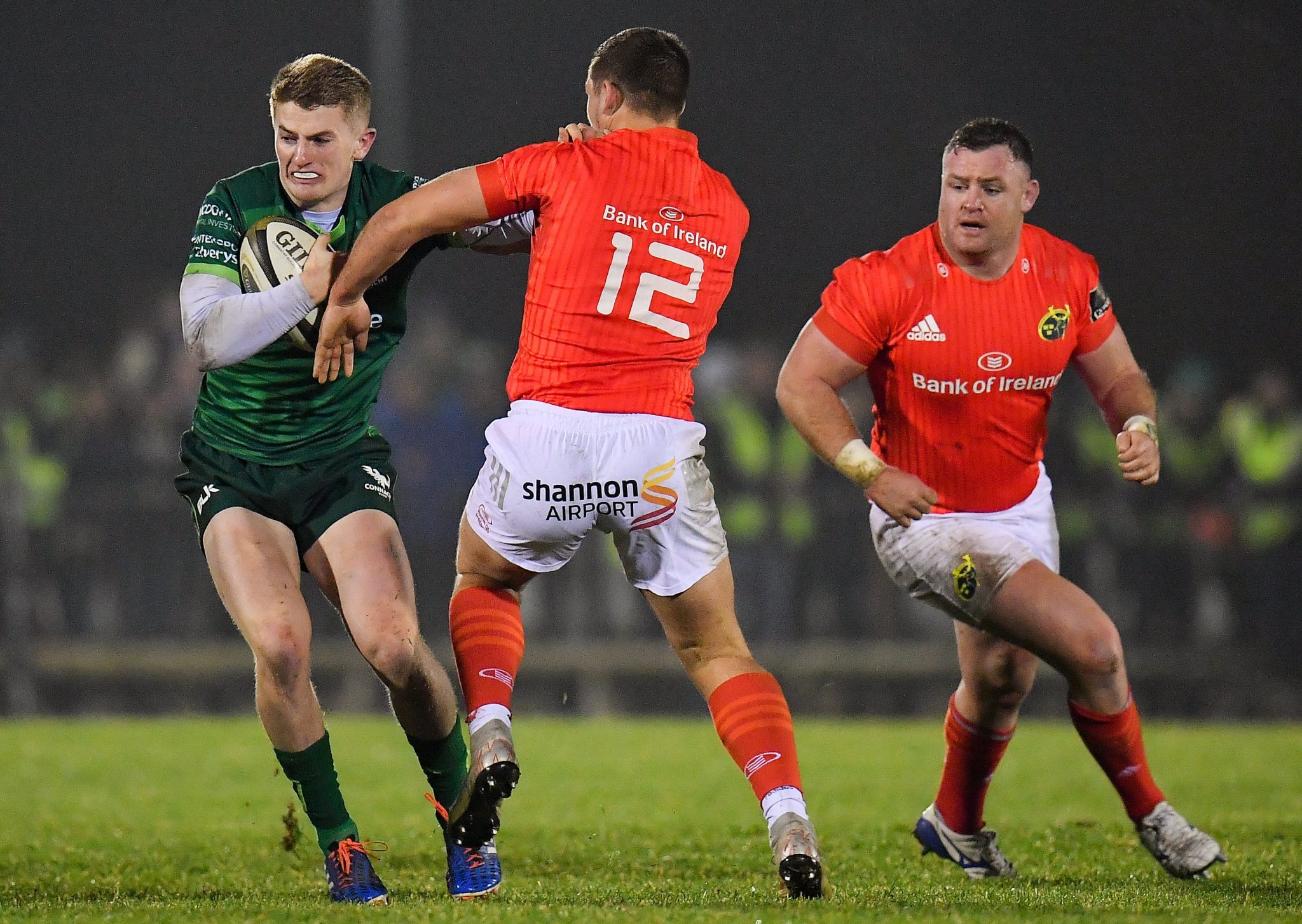 Munster's losing bonus point, against Leinster, was all it took to mathematically end Connacht's already feint hopes of a place in the Guinness PRO14 knock-out stages. Friend's side were too good for Ulster, in their return to rugby, and another 2020/21 marker can be laid down against Munster.

The current Connacht squad has four former Munster players in their senior squad, with Sam Arnold and Alex Wootton surely badgering Friend to be included in the matchday squad - along with the Fitzgeralds - at the weekend.

Munster outhalf JJ Hanrahan was one of the reasons Fitzgerald could not get a look-in at his home province, but the Kerry native is pleased to see how well he has fared with Connacht.

"Fitzy is a great player. I know Zeebs used to call him Young ROG when he was down here, when he first came into the academy.

"He's a quality player. Sometimes there can be a bit of a backlog here. He went up there and he got a second lease. Andy Friend has put an awful lot of confidence in him and he's played him an awful lot.

"He's been playing really well, goal-kicking and kicking well out of hand. He's a quality young player and a quality young talent in a good backline that Connacht have. I'm sure he'll be raring to go at the weekend."

Munster are still in the hunt for the knock-out stages so they will save the pleasantries for after the final whistle. For a lively competitor like Fitzgerald, he will have no problem parking the sentimentality too.

popular
"When Sean Boylan was around, you didn’t need a psychologist or a counsellor - he did it all himself"
"It is very easy to put a nail in a fella’s coffin and kick a fella when he is down" - Ted Walsh
Ugo Monye's Lions XV features two Ireland players and Welsh captain
Ruby Walsh "angry and embarrassed" as Elliott apologises for "moment of madness"
"There would be a boot in the sink, a dish there, a toothbrush under the bed!"
QUIZ: How well do you remember the 2010 World Cup?
Strong Ireland team Andy Farrell should pick to turn over Scotland
You may also like
1 month ago
Munster snatch defeat from the jaws of victory
1 month ago
Munster secure victory after thrilling Connacht comeback in Galway
2 months ago
"It’s a jersey that I’d never swap or give away for no amount of money" - Ian Keatley
2 months ago
Danny Care accuses Munster players of 'rolling around and diving'
3 months ago
"It's something I have been pushing towards since I was very young" - Shane Daly
3 months ago
"It was rock bottom... I was going to pack my bags and start farming" - CJ Stander
Next Page