"I support Cliodhna, she's my teammate. I support all my teammates" - Amee Leigh Murphy-Crowe

"It's been heartbreaking, not being able to qualify."

Amee Leigh Murphy-Crowe would have been aware that questions would be coming on the IRFU women's rugby director Anthony Eddy, and how the likes of Cliodhna Moloney, Claire Molloy and Jenny Murphy responded to them.

The Munster and Ireland winger was up for a press briefing, this afternoon, as the union attempted to negotiate another storm arising for funding and resourcing of the women's game. Ireland take on a strong USA side at The RDS on Friday evening, but much of the briefing was taken up with Eddy's controversial RTÉ interview.

END_OF_DOCUMENT_TOKEN_TO_BE_REPLACED

The Australian was very defensive in what he claimed was the union's complete focus on the women's game in Ireland. Adam Griggs - the outgoing head coach - took his Ireland team to Parma for a World Cup Qualifier that went so wrong that they missed two bites at the cherry to reach the tournament.

Eddy, during his interview, defended the union and senior figures that look after the women's game. He leaned on a review into the game here that is currently taking place as a way of not getting into the weeds with details but had no issue with reflecting that the players let themselves down in not qualifying. It felt like a massive buck-passing moment.

I could have sworn slurry spreading season was spring… I stand corrected 👀 https://t.co/fgG8ef3CbR

I honestly wish I was more surprised at this take from Eddy but I'm not.
Is this the voice of someone who cares about the women's game in this country?
Utterly deflating and I can only imagine what current players are feeling. https://t.co/xjviQTGnje 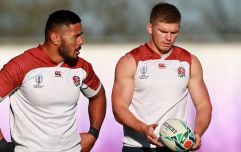 END_OF_DOCUMENT_TOKEN_TO_BE_REPLACED

Moloney is currently in the Ireland squad - and should feature against the USA - so it was no surprise, then, that Murphy-Crowe was asked about her teammate's "slurry spreading season" tweet.

Asked if the squad stood by what Moloney posted, Murphy-Crowe replied:

"For me, personally, throughout these next three days I'll be solely focused on the game. I don't like to delve into too many distractions, because I know it could affect a performance. And I know, personally, that's not what I like to do."

"That was Cliodhna's comments so, yeah," Murphy-Crowe clarified when asked if others in the squad could have different opinions on that Eddy interview. 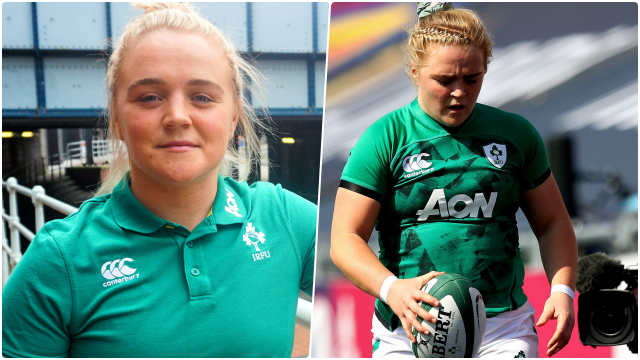 Eddy had also reasoned that the pressure of getting to a World Cup has possibly affected several players in the worst way. When it was noted that he could be blaming the squad, Murphy-Crowe commented:

"I don’t see it as blame, I see it as a failure to qualify for the World Cup. We've got the IRFU's side of it, the players' side of it. There's a review going on, and I think we leave that review there; let it go on.

"For this week, we have the game. Amanda Bennett [who is reviewing Ireland's World Cup qualifying campaign] will be in contact with us but, like that, she’s not contacting us in the middle of a prep for an autumn international."

As much as Murphy-Crowe and her teammate Nicola Fryday, who was also up for media duties, stressed that match preparations were not being hampered by the latest women's rugby fall-out, it was hard to see it any other way.

Even though Ireland play the USA on Friday, the coach that will be in charge for that game and the next one, against Japan, will be on his way soon after. Greg McWilliams is taking over the 15s job, but remains waiting in the wings.

"To be honest, we have to get on with it," says Murphy-Crowe. "We're international players, we’ve got a game on Friday night.

Ireland take on the USA from 7:15pm at The RDS, on Friday, and tickets for that game, and the Japan game, can be found here.

You may also like
2 days ago
French media rave about Caelan Doris and 'Playstation rugby' from Leinster
2 days ago
Ronan O'Gara's La Rochelle stand in Leinster's way after semi-final grind
2 days ago
Somehow, we all may have underestimated Johnny Sexton
6 days ago
"He could be one of the world's best" - Sean O'Brien on rugby's latest speed demon
6 days ago
Picking the best sporting moment of the past decade is not simple
6 days ago
"I've probably watched every single Paul O'Connell speech" - Kyle Sinckler
Next Page