It was a night of wistful looks, big embraces and hearty singing as the lights came down on Thomond Park for the 2020/21 season, and a host of big names - including CJ Stander and Tommy O'Donnell - bid farewell.

Munster defeated a game Cardiff Blues side 31-27 to keep their Rainbow Cup prospects healthy, but they needed a canny 'Captain's Challenge' from Stander in time added on to secure victory.

Stander, one of four Munster players featuring in his final game at Thomond Park in that famous red jersey, spotted Blues scrumhalf Lloyd Williams nudge the ball back into a ruck as he sought to buy himself time to assess his options. 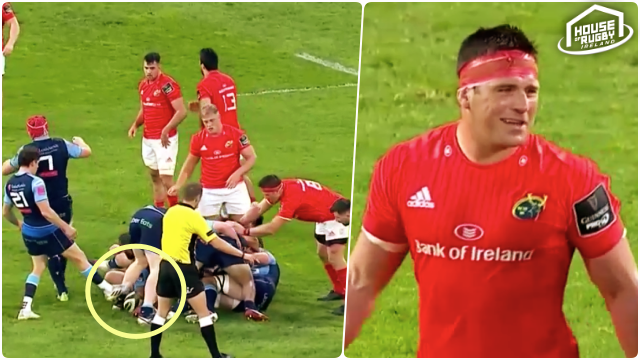 END_OF_DOCUMENT_TOKEN_TO_BE_REPLACED

It was hardly a callous deed, and happens on plenty of occasions without being picked up, but CJ Stander used his challenge wisely - for the second time in the final 10 minutes - to gain his side a penalty and relieve the Cardiff pressure.

The Captain's Challenge is one of the new laws and tweaks being tried out in the mini tournament but it has received a lot of heat for slowing up the final 10 minutes of matches.

Several Welsh supporters were not happy with Stander using the laws to his side's advantage, with one going so far as to describe him as a wimp. Munster fans did not care a jot, and the Blues players did not appear to hold any grudges with Stander after the final whistle was blown. Williams and Stander shook hands and many of the Cardiff players sought out the soon-to-retire No.8.

In his post-match interview with eir Sport, and man-of-the-match Andrew Conway, Stander had a message for the Munster faithful:

"Thank you. That's from everyone that's leaving and not just me, it's from all the squad. And I can't wait to come back here, sitting there with you guys, and supporting the boys." 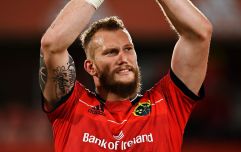 END_OF_DOCUMENT_TOKEN_TO_BE_REPLACED

With media duties done, Stander and Conway jogged back to the middle of the pitch to join the rest of the squad, coaches and backroom staff.

Tommy O'Donnell, James Cronin and Nick McCarthy had also finished up for Munster, at Thomond, and players such as Rhys Marshall and Billy Holland, who were not playing, are leaving too. They were all shunted into the centre of the circle to start up the team anthem, Stand Up And Fight.

Tommy Bowe made a great decision, as host of the eir coverage, to say nothing and let the viewers take in the spine-tingling scene at a near-deserted Thomond Park.

An emotional chorus of "Stand Up and Fight' as the Munster team say goodbye to CJ Stander, Tommy O'Donnell and James Cronin on their last appearance at Thomond Park.#MUNvCBL #GuinnessPRO14RainbowCup pic.twitter.com/ikblxPBNN0 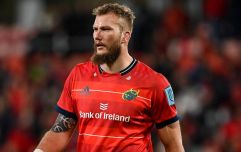 END_OF_DOCUMENT_TOKEN_TO_BE_REPLACED

Memories that will last a life-time.

As the night drew on, CJ Stander and Munster head coach Johann van Graan walked about the pitch together and Stander called home to South Africa to share some tales, and images of a stadium he has played so well at for years. 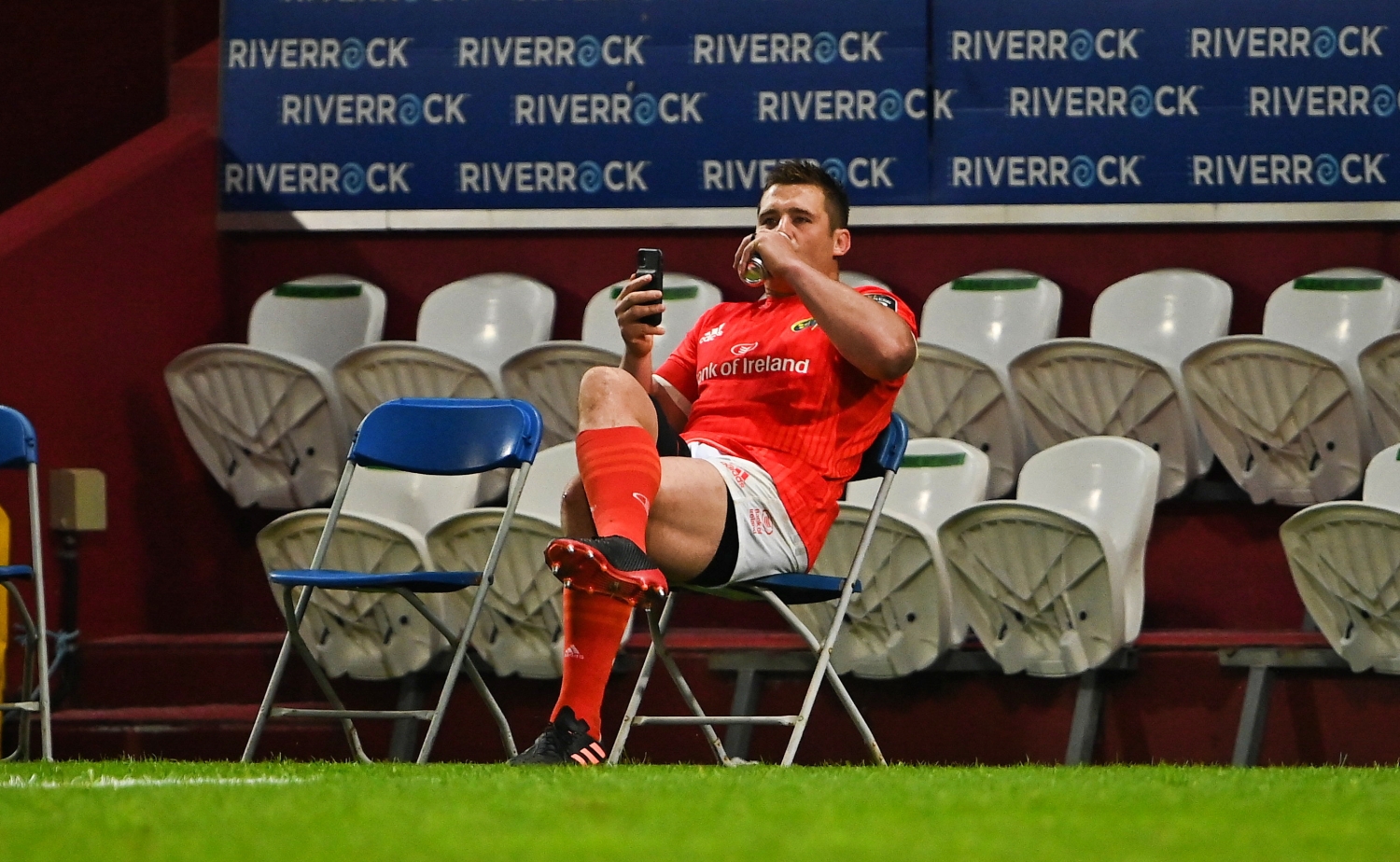 Not a bad way to go out.


popular
Alex Ferguson wrote Mickey Harte a letter - ex Tyrone boss reveals in new memoir
"There are clubs in every county that you just know - they like fighting." - Fighting passes on through the generations
"I'll go back running the roads now and make sure my body doesn't get lazy"
GAA at its best as Bellaghy players run into team-mate who buried his father that morning
“How it finished was not the way I would have chosen" - Mickey Harte reveals how his time with Tyrone came to an end
New footage shows exactly what Deontay Wilder said to Tyson Fury after trilogy fight
Somehow Pat Spillane's 1981 cruciate rehab routine hasn't survived the test of time
You may also like
5 days ago
Worrying scenes for Munster as RG Snyman lasts only nine minutes against Scarlets
1 week ago
Gavin Coombes and the fascinating tug-of-war for Ireland's No.8 jersey
1 week ago
Peter O'Mahony's try-saving actions cannot be understated or undersold
1 week ago
Peter O'Mahony rages over "full-on bite" as Munster secure comeback win
2 weeks ago
"We need players like him" - Joey Carbery and the weight of expectation
2 weeks ago
Simon Zebo gives Andy Farrell better answer than any interview could provide
Next Page