"The first stage was be a functional human again, and open the door with the keys"

"I was young and cocky, and confident in myself... I got a bit of slagging for it. But some of that confidence goes a long way."

The word went around about Cian Healy, back in 2007, that there was a young lad in the Leinster set-up that had pretty much lifted ALL the weights. He was bulling about his peers, in training, and his coaches felt he would get more out of sessions with the senior squad.

Healy was 19 when he made his senior Leinster debut and he added 13 more appearances the following season, 2007/08, before nailing down the No.1 jersey in 2009 as he helped his province to their first ever European Cup. There was talk of him being a possible bolter for the Lions Tour to South Africa but he missed out on that fun and had to wait until Australia came to Croke Park, later that year, to make his Test debut.

"The whole occasion," recalls Healy of his debut, "just class to be playing in Croker. There were so many big names in our team which kind of shocked me a bit. I was young and cocky and confident in myself, and I got a bit of slagging for it. But some of that confidence goes a long way.

"I remember Paulie [O'Connell] tapped me down a ball from a kick-off and that was my one outstanding memory of that game, I got a bit of a run off it." 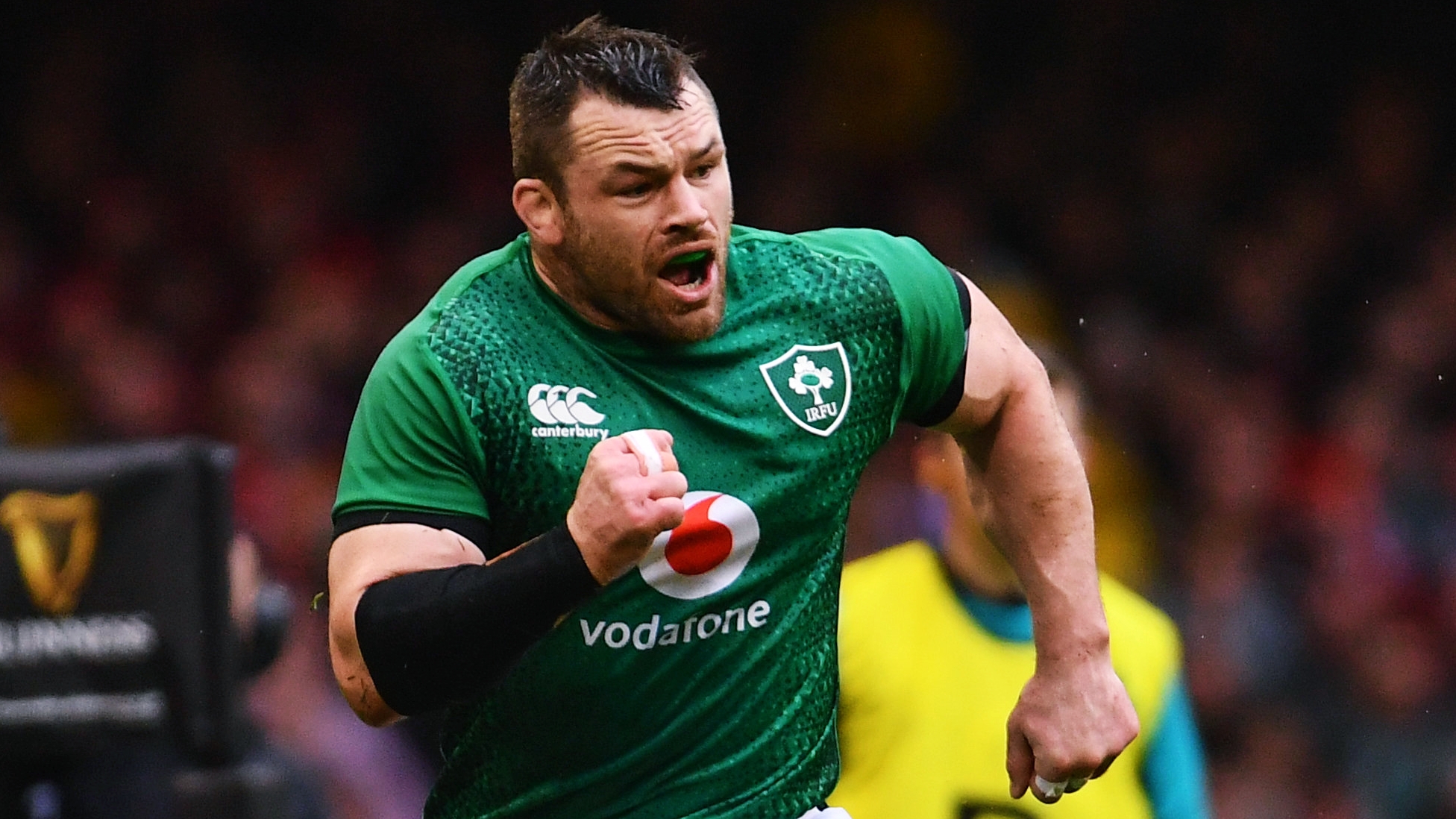 Cian Healy in action against Wales at the Principality Stadium in 2019. (Photo by Ramsey Cardy/Sportsfile)

2015 was the year where that run was brought to a jarring halt. He had already dealt with bad hamstring and ankle injuries, in the previous years, but he went in for neck surgery not long after the 2015 Six Nations. The Clontarf prop was left without the use of his right arm due to nerve damage and, he once recalled, his retirement and insurance papers were all signed and ready to send off before that year's World Cup.

He began to get feeling and sensation back in his arm, though, and he held off on ending his career at the age of 27. Now, days away from what will be his 100th Test appearance for Ireland, Healy spoke about his journey back from the brink.

"Eventually, it was broken down into so many stages.  The first stage of that was be a functional human again and open the door with the keys, and stuff like that.

"Each time I became capable of something I’d work on another new standard that I could work on, something else more achievable. I’d build through them and keep progressing though those goals to get into the international team again. And then get to the standard of the international team. Then it was a constant drive for fitness and getting my standards up because rugby keeps moving on."

END_OF_DOCUMENT_TOKEN_TO_BE_REPLACED

Asked what was the secret to his longevity, Healy was quick to pay credit to the team of people around him at his province, and support from those close to him.

"I've relied on a lot and rehab coaches and physios to bring me back from the brink," Cian Healy says. "They do it day in and day out for other players, and everyone requires these people at some stage to drag them back from injuries or tough places. So a lot of it stems from that.

"And a bit of a drive, personally. I’m not that type of person to settle down too easily and roll over, so a bit of that as well."

popular
"The modern midfielder seems to get away with it" - Graeme Souness reveals why England are lacking creativity
Cristiano Ronaldo is not human. Not human at all
Southgate explains why he didn't move drinks bottles like Ronaldo and Pogba
"Not good enough" - Roy Keane rips England a new one as Scotland keep hopes alive
Ally McCoist was lighting it up on commentary with some killer lines
Rio Ferdinand responds to fans calling him out on terrible Scotland prediction
QUIZ: Name these 50 Euro Championship goalscorers
You may also like
4 days ago
Can't imagine Rangers fans were happy about what Ronnie Whelan called Scotland
4 days ago
Damien Duff bides his time before roasting the FAI with 'motivational video' comment
5 days ago
Ireland XV Andy Farrell should pick for Test clash with Japan
5 days ago
Andy Farrell makes bold outhalf calls after Johnny Sexton excused from duty
5 days ago
11 uncapped players named in Ireland squad for summer Tests
1 week ago
Ireland's 2009 Grand Slam stars recall closest call in our rugby history
Next Page