"Chris has a spark about him; he can do special things" - Peter O'Mahony

The impact could be felt way up in the East Stand of Thomond Park.

Chris Farrell versus Virimi Vakawata, round two of three. If that alone was not enough to justify the full entrance fee, it covered a good chunk of it.

Munster and Racing 92 both went into their Champions Cup with serious units in their 13 jerseys. The 6-foot-2, 220lbs Vakawata going up against the 6-foot-3, 240lbs Farrell.

It is a common misconception that 12s and 13s often go head-to-head with their opposite numbers in games [they are often running up against forwards and half backs] but Farrell and Vakawata had three big collisions. In the febrile atmosphere of Thomond Park on a Saturday night, it was manna.

Farrell is not just an enforcer, though. He has incredibly deft hands in attack and his ability to get he team over the gainline is just as much footwork and staying alive that horsing into soft shoulders. Against Racing, his highlight reel moments were thumpers on Vakawata, Finn Russell and Simon Zebo, but he impressed most with ball-in-hand.

His final numbers (41 metres gained off 12 carries, with two line breaks and four defenders beaten) were solid without being spectacular. Still, it was the centre's ability to twist and spin and keep the legs pumping that impressed much. Following the drawn European tie, Munster captain Peter O'Mahony commented:

"He's been brilliant for us. Obviously, he had a long layoff with his knee and he's really important for us. He gives us go-forward, he's a very good defender, a very good fielder of the ball in the air, just a really well-rounded footballer. He has a spark about him, he can do special things, and he has a great work-rate as well. So it's great playing alongside him."

On the latest episode of Baz & Andrew's House of Rugby, Barry Murphy, Andrew Trimble and Jerry Flannery praised Farrell's impact and took a closer look at what Munster need to do to put themselves in the box-seat for the Champions Cup knock-out stages. 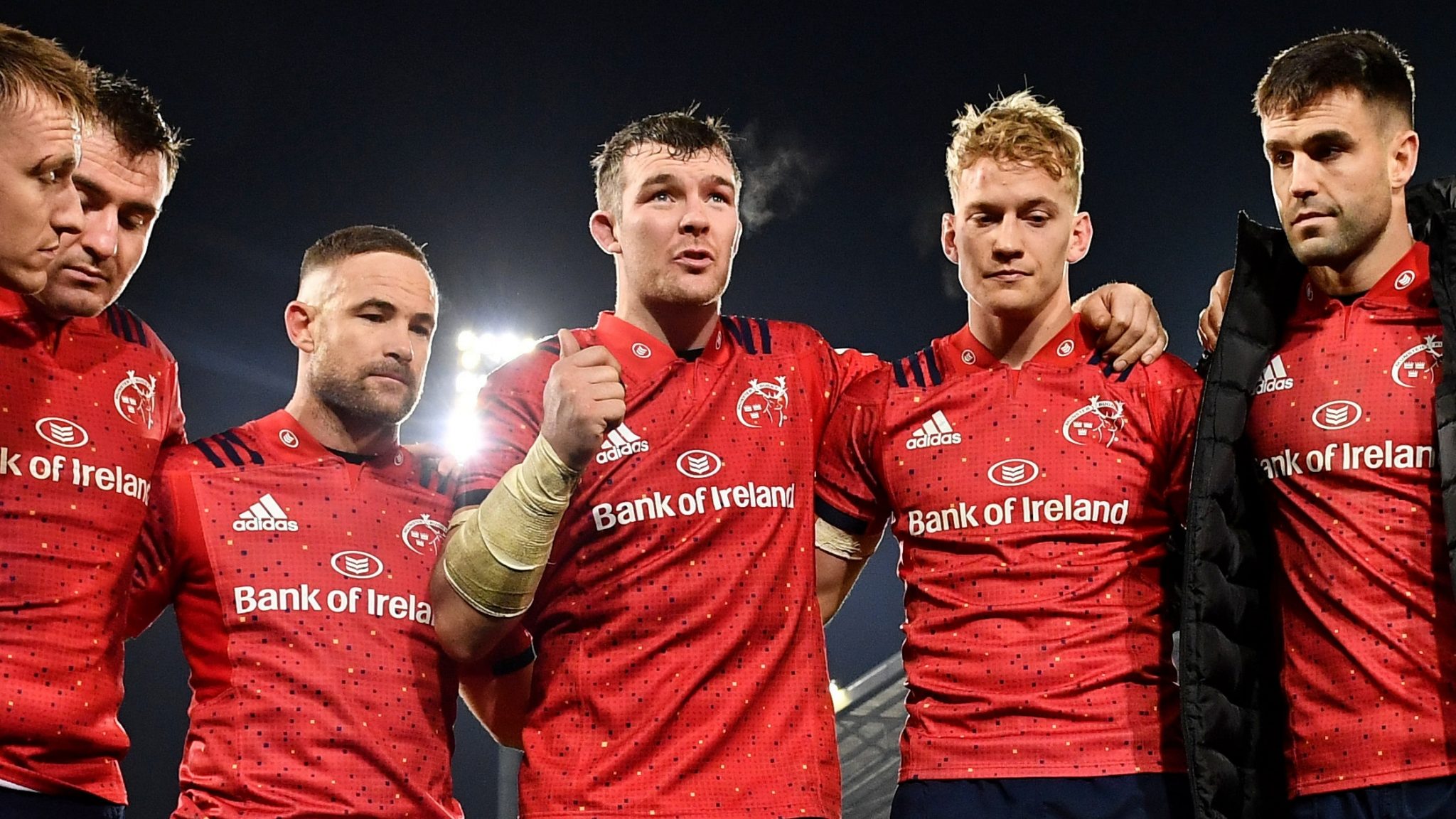 END_OF_DOCUMENT_TOKEN_TO_BE_REPLACED

"Mike Haley had potentially his best game for Munster," Murphy observes, "putting in a man-of-the-match performance and some very attack-minded play throughout."

Flannery feels Munster should get better when they full integrate their Ireland internationals and get them up to speed, after a short, post-World Cup rest period. The back-to-back games with Saracens in December may both need to be won, especially with an away trip to Racing in round five of the pool stages.

"Munster have a couple of levels, still, to go up," Flannery adds. "I thought JJ Hanrahan stepped up well in attack and with nailing that conversion kick. He didn't nail the drop goal [to get the win] but that would have been an absolute smash-and-grab...

"It just tees up these next two games with Sarries as they are going to be season defining... from what I believe, Sarries are not going to put any emphasis on Europe so that could be the deciding factor for Munster... If Saracens go full whack against Munster, it's going to be very, very hard."

There was talk, after last weekend's game with Racing, that Munster could look at getting South Africans RG Snyman and Damian De Allende over to Limerick earlier than next summer.

De Allende was class in the World Cup but, given the recent form of Rory Scannell and Chris Farrell, even if he rocked up to U.L in the coming weeks, he may have to wait his turn for a crack at the Munster midfield.