"You have to finish those."

Chris Farrell was doing his best to scratch out the positives after Ireland's 18-7 defeat to England in the Autumn Nations Cup. A fourth defeat in a row to England, but at least it was closer this time.

In March 2018, Ireland flew over to London and comprehensively beat England to clinch a Grand Slam and confirm themselves as the dominant side in the northern hemisphere. Right now they are the best of the rest, after France and England.

Chris Farrell was handed his first consecutive starts in the No.13 jersey since the 2019 Guinness Six Nations and he gave it a right go. He was Ireland's top carrier, taking the ball into contact 15 times and making one line break for 17 metres (total) in gains. It was that sort of a day against a resolute English defence. Every metre gained came at a high, physical cost.

Following the game, Farrell was honest to a fault about his own performance - ruing a try-scoring chance he could not finish off and letting Jonny May skin him for his second try - but he also pointed out how tough it was in the backline with a lack of fast, clean ball from set-pieces.

"If there's anything to take from it, it's that we didn't shy away," the Munster centre reflected. "In the past games against England, over here, we've probably shied away, on reflection, in those games. We've won the second half.

"We didn't perform well enough in the first 20 minutes and we gave them 12 easy points, and we gave ourselves an awful uphill battle. That'll be something we'll have to look at and reflect on. We'll be very disappointed in that, and we are, but I think there are definitely positives to take from the character of the team and character of some individuals, and the collective as a whole. I thought we stuck in it."

On 68 minutes, he was held up after Owen Farrell rushed on the scene to chase down Ross Byrne's clever dinked kick. Chris Farrell reflected:

"Yeah, I felt like I was going to score and I don't know how they managed to hold me up there. I thought momentum would have taken me over. I went to roll and then tried to get back because I knew I was over the line, to get it down, but there was a hand there. You have to finish those.

"You don't get too many chances to get over the line against a quality side like that... for all the territory we had in the second half and all the possession we had throughout the game, it's hard to see how we haven't come away with more points." 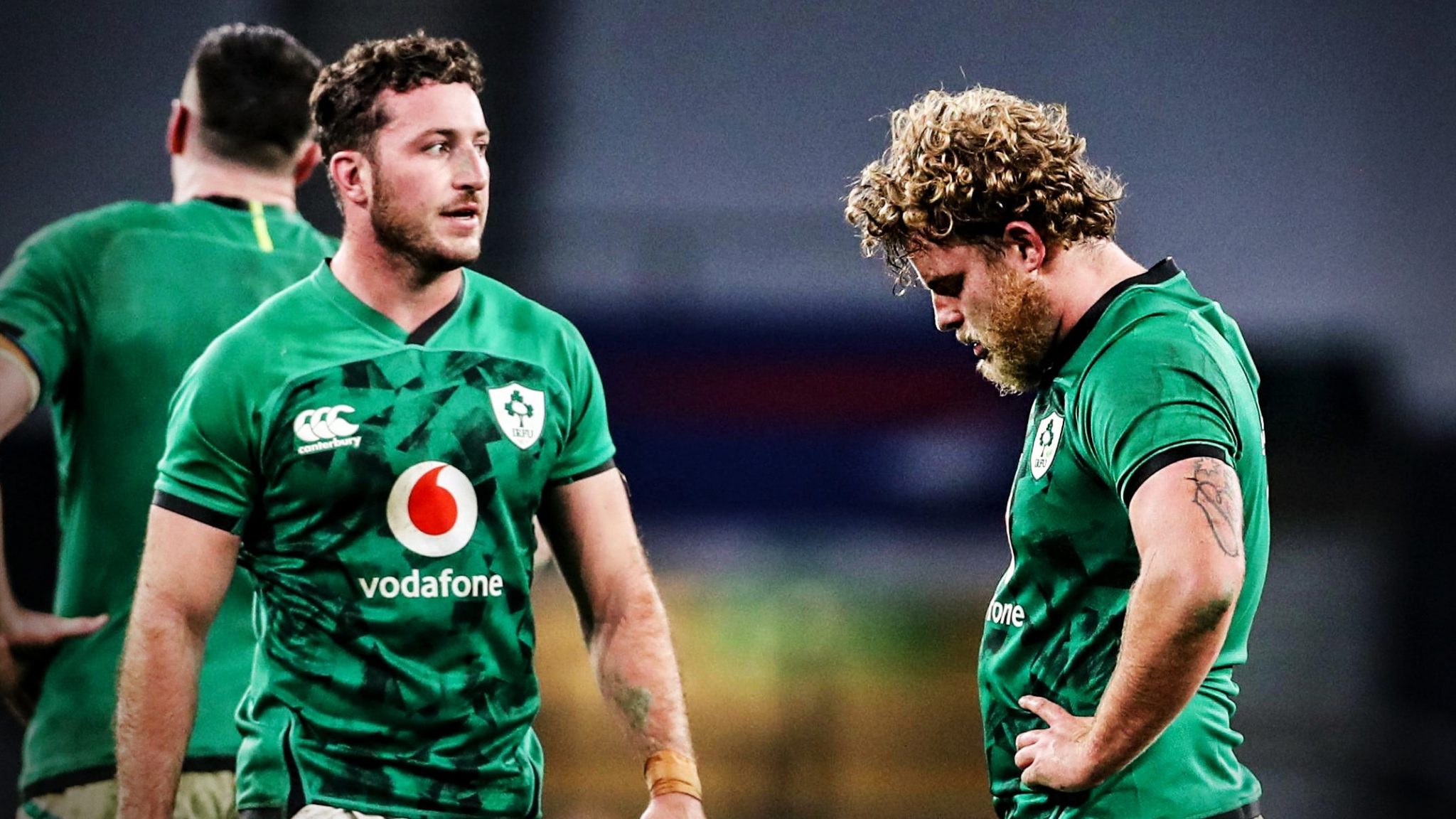 Chris Farrell praised England for their ferocity around the breakdown, saying they were "phenomenal" in that area.

END_OF_DOCUMENT_TOKEN_TO_BE_REPLACED

"Every time I carried, I felt it was an absolute battle getting the ball back. I know the rules have made it tough, that you can't have too many movements on the ground now. It's always going to be tough in the game now, but they took advantage of that massively. They are so good at contesting attacking breakdowns. As we carry, they get in over the ball so quickly."

Asked for the 'most disappointing aspect' of the defeat, Farrell said Ireland need to be way more accurate in everything they do.

"We were not getting to launch or strike off set-piece and that leaves you with a bit of a battle. We definitely have areas to improve on there. We talked about how dangerous they were in the first three phases, in terms of gaining momentum in their attack. We dealt with that defensively quite well.

"But it's when we give them the ball off turnovers, we give them 14 points so, so easily. Like I make an error on Jonny May and he goes around the outside, is electrically quick and he makes the most of it. There were a few other errors in there. When you go 14-0 down at this level and you have quality opposition like Owen Farrell and George Ford trying to contain you, then you've a real battle on your hands."

Seeking, like Andy Farrell and James Ryan before him, to cling to the positives, Farrell said Ireland had at least 'fired a shot' against England.

"We fired a shot in the second half and stuck in it, you can be a little bit more satisfied. It was there for us against France and we didn't take it; we didn't fire the shots we wanted to fire.

popular
QUIZ: Identify the missing sponsors from these football jerseys
The SportsJOE 12 o'clock quiz | Day 307
"People that get All-Stars aren't just a cog in the wheel. These are the special, outstanding players"
Japanese rugby players living off the classic Irish school lunch for pre-match-meal
QUIZ: Name all 50 of these 2000s Champions League players – #4
Cristiano Ronaldo sets rough retirement date
"I was like, ‘My ear is hanging off my head. Can you not see that?!'"
You may also like
2 days ago
"I’ll work towards getting into the real world and start another life" - Johnny Sexton
3 days ago
'We haven’t performed to the standard that everybody else expects us to"
4 days ago
36-man Ireland squad announced for Italy clash
5 days ago
"People associate hardness, ruthlessness and 'Fear of God' with Paul, but that's 1% of him"
1 week ago
"You’re not pushing robots around the place. We all have bad days" - Ronan O'Gara
1 week ago
Tomás O'Leary calls for Craig Casey to get No.9 jersey for Italy
Next Page