The cost of Ireland's World Cup campaign is being counted by the provinces.

Last Friday, each province was required to submit their 41-man squad for the pool stages of the competitions.

One week on and all 820 names have been loaded into the EPCR database, and website, for our consumption.

Munster must do without Peter O'Mahony until next year. The captain damaged knee ligaments against France and though a definitive return date has not been set, the fact that Munster have not included him does not bode well.

There is better news for Anthony Foley as Tommy O'Donnell, who dislocated his hip in July, is included in the squad. 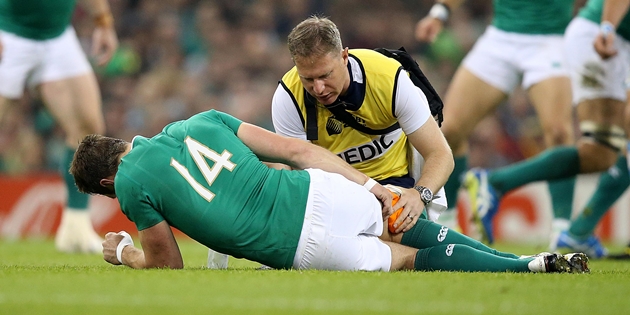 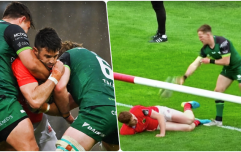 END_OF_DOCUMENT_TOKEN_TO_BE_REPLACED

We already knew that Tommy Bowe was facing at least six months on the sidelines after he injured knee in the quarter final loss to Argentina. The winger is left out of their 41-man list but there is one surprising omission.

There is no Jared Payne. The versatile back injured his foot in training before the France game. It was initially announced as a bruised foot but another scan revealed a bone fracture.

The lack of Payne in the Ulster squad suggests he may not return until 2016 too.

Paul O'Connell is named in the Toulon squad. The recently retired Ireland captain must be optimistic of returning before the January 2016 end of the pool stages.


popular
Rory O'Connor gets Wexford out of jail as Shanagher throws it back
Conor McGregor sends message to new UFC lightweight champion
Alisson gives moving post-match interview after scoring late winner for Liverpool
Burnley report Leeds' Ezgjan Alioski over gesture made towards Dwight McNeil
The SportsJOE 12 o'clock quiz | Day 352
QUIZ: Can you name these La Liga cult heroes?
'Stop, stop, STOP!' - Texas crowd left stunned as UFC legend has arm snapped
You may also like
3 weeks ago
Dream on hold for Munster fans as O'Gara agrees to new deal at La Rochelle
4 weeks ago
"Munster was like playing for your local GAA club. The craic was 90"
1 month ago
"I'd like Ronan O'Gara at Munster in the next 12 months" - Niall Ronan
1 month ago
"Gavin Coombes was outstanding" - Munster's ray of hope as European light snuffed out
1 month ago
Munster's Champions Cup dreams blown away by late Toulouse burst
1 month ago
Worrying footage as Tadhg Beirne suffers "bad injury" to ribs
Next Page