'EPCR will provide a further update as soon as practicable... '

At this stage, no sooner does one update land than the other arrives. The Omicron variant is spreading, sporting fixtures are getting postponed and cancelled everywhere and they seem to be making it up as they go along in the Champions Cup.

Earlier this year, Toulon flew to Dublin with a depleted senior squad, for a Champions Cup Last 16 date with Leinster. The outbreak in their camp saw the game knocked on the head and Leinster advanced to the quarter finals without touching a ball. Toulon were livid, but some players that were set to face Leinster would test positive in the coming days.

END_OF_DOCUMENT_TOKEN_TO_BE_REPLACED

Many Leinster supporters shrugged their shoulders. It was not how they would have wanted to advance, but the EPCR were determined to press ahead, no matter how many feathers were ruffled.

Now, eight months on, it is Leinster that are on the receiving end, and the swathe of postponements [not cancellations] may not save them from the harsh decision that was handed down on Thursday. 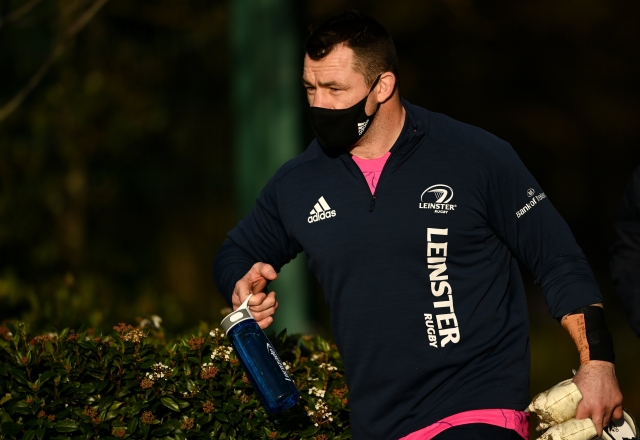 END_OF_DOCUMENT_TOKEN_TO_BE_REPLACED

Just a few hours after naming a match-day 23 to head to France for their Friday evening game against Montpellier - and getting clearance from Irish health authorities - the EPCR awarded the game to Montpellier as a 28-0 bonus point win.

This decision was made despite Leinster being ready and cleared [ to both travel and play, and Montpellier themselves having multiple Covid cases in their playing squad. A "disappointed" Leinster stated:

'The squad and staff have had five rounds of Antigen tests and four rounds of PCR tests in the last six days and a group of players and staff, who have all come through each stage of those tests, had been selected to represent the club.'

END_OF_DOCUMENT_TOKEN_TO_BE_REPLACED

If Leinster were peeved yesterday, they must be beside themselves today. With more and more games falling by the wayside - Racing were also awarded a 28-0 win as Ospreys were deemed unable to sent a squad to face Racing 92 in France - the news was to get bleaker.

Sure enough, SEVEN games, involving UK and French sides, were postponed. 'This', we were informed, 'is a consequence of new travel measures between the UK and France which are being introduced by the French Government.'

So, a week after having a 28-0 scoreline awarded against them, the French government has stopped Bordeaux from travelling to Wales to face Scarlets.

Days after being told there was no scope for postponing matches - 'not a viable option due to the extremely busy rugby calendar' - Scarlets have now had a match postponed.

And, if there is scope to play the seven games that were 'postponed' today, why not play Montpellier vs. Leinster and Racing 92 vs. Scarlets?

Sense, you would have to hope, prevails. With the EPCR, making calls and releasing a flood of emails and updates from the Swiss headquarters, you can guarantee nothing.

Bizarrely [isn't everything right now?], Castres were cleared to travel to Ireland to take on Munster while Ulster are taking on Northampton Saints in Belfast tonight. The lack of anyone taking ownership of this - and the EPCR should be on the case here - has let to this absolute mess.

As if that was not bad enough for the Irish provinces [Ulster are exempt as following UK guidance], the maximum capacity at home games for the next month or so is 5,000.