"If he can keep building on the early form... there’s no reason why he can’t put his hand up for Lions selection."

Much of Andy Farrell's 'boys became men tonight' comment, after Ireland lost 18-7 to England, was taken as a head coach trying to go easy on a much-changed team after a tough loss. However, we are witnessing 22-year-old Caelan Doris finding his feet in the brutal world of Test rugby.

END_OF_DOCUMENT_TOKEN_TO_BE_REPLACED

Of the Irish pack that started against England, only Doris, Peter O'Mahony and, to an extent, Andrew Porter emerged with much credit. According to House of Rugby Ireland host Ian Madigan, Doris' lack of quit, allied to his form in recent months, has only increased his standing in the northern hemisphere.

And (listen from 7:15 below), the Ulster and Ireland outhalf outlined why Doris could well make the 2021 British & Irish Lions squad to tour South Africa. 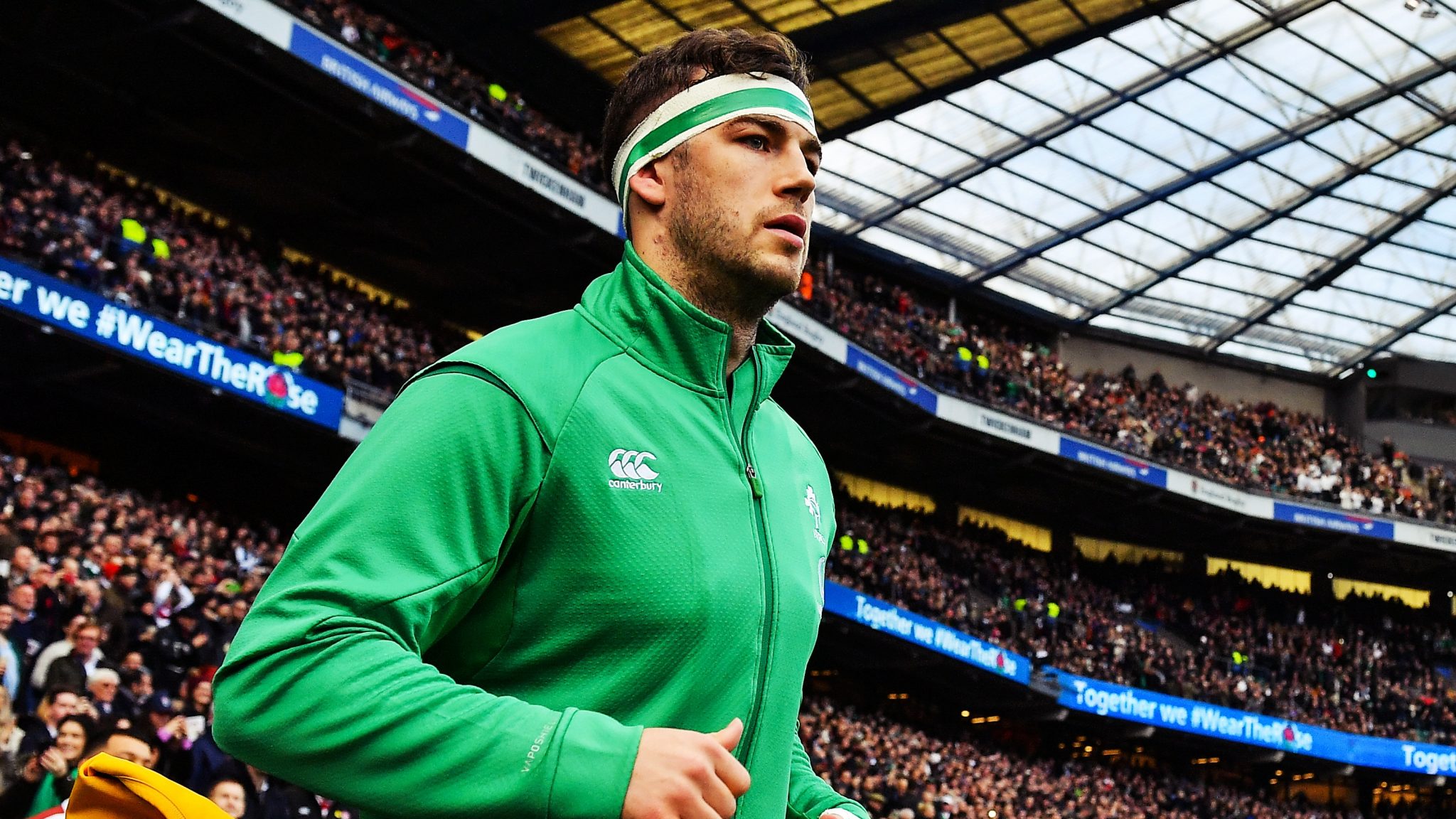 Caelan Doris has impressed in the Leinster and Irish back row all year. (Credit: Sportsfile)

On the previous episode, former England and Lions winger Ugo Monye suggested at least six of the English pack could start the Lions' Test Series against the Springboks. On the evidence of England's latest powerhouse victory, it could well be more.

"The English back row is incredibly strong at the moment," says Madigan, "even if you look at the guys that aren’t in the squad or even the guys that are coming off the bench. The likes of Ben Earl – you see him coming on and it’s just endless, the talent they have there.

"But, at the same time, you look at Caelan Doris at the weekend and he was a real stand-out performer. He’s someone that every time he carries the ball, he seems to find an extra three, four, five yards and engages contact, which creates quick ball, go-forward ball for the backs for the forwards that are carrying again. He’s someone who, if he can keep building on the early form he’s shown this season, there’s no reason why he can’t put his hand up for Lions selection.

"There’s obviously a couple of forwards in the Irish pack that I think [could be Lions]. In the front row, I thought (Andrew) Porter was very good again. He went the full stretch at 80, which shows how fit he is. Cian Healy would be right there again, without doubt. But it is tough off a game like that, where England had physical dominance for large parts of it, to figure out how Ireland can make up that gap."

END_OF_DOCUMENT_TOKEN_TO_BE_REPLACED

Returning to Doris again, later in the show, Madigan stated that it has reached the stage where the Leinster man needs to start, and the rest of the Ireland back row can be built around him.

There was a lot more besides on the latest House of Rugby Ireland episode, including:


popular
Rory McIlroy explains 'falling out' with Shane Lowry that lasted a few years
World Cup Power Rankings: The top eight pundits of the tournament so far
Talksport presenter puts Martin O'Neill to the pin of his collar over Declan Rice and Jack Grealish
Roy Keane scores winning goal past Micah Richards in ITV v BBC pundits match
World Cup Power Rankings: The top 10 players at the tournament ahead of the quarter-finals
Ariel Helwani shares Paddy Pimblett WhatsApp messages as spat becomes public
Eniola Aluko responds to criticism after on-air mistake on ITV
You may also like
6 days ago
Shay Given on how far Ireland could've gone at the 2002 World Cup with Roy Keane in the team
1 week ago
From Ireland to Argentina: Alexis Mac Allister's Irish roots explained
1 week ago
Former England international admits he wishes he had played for Ireland
2 weeks ago
Two baffling omissions as four Ireland stars make World Rugby 'Dream Team' of the Year
2 weeks ago
Josh van der Flier claims World Rugby Player of the Year at Monaco ceremony
2 weeks ago
"Highlight of my Ireland career" - Behind the scenes as Jack Crowley and Ross Byrne covered for a legend
Next Page